The Old (Not So) Reliable 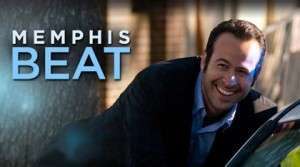 It seems like so many of the people in the consolidation debate have simply defaulted to their kneejerk settings.

That said, the unholy alliance between the suburban town mayors and urban Democratic Party members is surprising in its intensity, not to mention the endless stream of misinformation and lies being spewed out by both sides.  It’s a sad commentary on where we are in the life of this community that the only thing these people can finally agree on is that they’ll never agree to work together.

As for the opposition, it is unsurprising.  In communities where consolidation has passed, it’s the power brokers and politicians who regularly opposed it.  Sadly, the vast majority of elected officials are only motivated by their own political self-interest.  Their attention is focused on the next election cycle, and certainly not on the long-term success of the community.

For example, in Louisville, the new government energized public involvement and attracted more than 200 people to run for the new City Council seats.  Only a handful of the people elected were incumbents, ushering in a whole new generation of leaders and a panoply of new faces.

Running Hard in the Wrong Direction

It’s as if some politicos would rather have power in a failing government than risk their position to do something to improve the economic trends that are rapidly limiting our options for the future.  We won’t run through the data again, because you’ve heard them from us for five years.  The scary thing for us is that back then, we were talking about negative trends that were a few years old.  Today, the negative trends – historic loss of jobs, income, and young, college-educated workers – have been under way for a decade, and most upsetting of all, they are picking up speed.

Here’s one data point that we haven’t had before that gets to the heart of things: Projections are that the rate of population growth in Nashville region will be nine times the rate in Memphis region in the next 20 years.  It means that if nothing changes, we are on the verge of becoming even more of an afterthought in state politics and the tail that wags the dog in the economic life of Tennessee.

What’s almost as untenable as the willingness by some to ignore the elephant in the room – the fact that we are headed in the wrong direction – is the way that some of the intense suburban opposition has used the opposition by the Democratic Party as a way to mask the racism that powers too much of the campaign there.  The notion that African-Americans will lose political power ignores demographic trends that show no sign of abating.  After all, in the past five years, Shelby County became majority African-American and no extrapolation of the data suggests that this will not continue as Shelby County mirrors the percentage of African-Americans in Memphis now.

Suggestions that black power will be diluted are about as well-reasoned as the town mayors’ hysteria that a new government is going to consolidate schools, bring more of “those people” to the suburbs, and drive suburban taxes up 50%.  And those are the least of the fictions being circulated.

That’s the thing that’s most disturbing.  It’s one thing to have a different point of view.  It’s another thing altogether for an elected official to knowingly lie about the facts, and that’s become a common occurrence at the anti-consolidation rallies posing as forums by District 4 Commissioners Curly, Larry, and Moe and the use of public money in the small towns to advance political agendas of mayors.

But none of this is what surprises us most of all.  It’s the inadequate coverage by The Commercial Appeal.

No major daily in any other community that’s considered consolidation of its government has been as MIA as ours, and when it does manage to show up, it’s superficial horse race coverage and “he said-she said” reporting.   The award for best reporting by a daily newspaper in Memphis is an easy call.  It goes to Memphis Daily News, which covered every meeting of the Charter Commission and understood and reported the details and nuances of the charter itself.

It’s next to impossible to imagine that we are a week from the beginning of early voting and The Commercial Appeal has not published a comprehensive report on the pros and cons of the charter or summarized the charter itself.  And if it were not for Drake and Zeke on their morning radio show, we would have managed to go through 10 months without anyone in the media talking to someone in Nashville, Indianapolis, Louisville, and Jacksonville, the four communities most commonly used as benchmarks here.  Drake and Zeke had an interview with Louisville Mayor Jerry Abramson.

There’s an absolute lack of context or sense of the big picture in the CA’s reporting, and whether you are for consolidation or against it (it’s no secret which side we fall on), the lack of serious coverage is a disservice to us as citizens and as readers.

We would probably have simply chalked this up to the overall decline in newspaper journalism, except for Marc Perrusquia’s two-year investigation about Ernest Withers’s secret work as a federal informant during the civil rights movement’s heyday.  So, we know that bursts of quality journalism are possible, which leads us to conclude that there’s been no editorial commitment to covering consolidation as deeply as it’s been covered in other cities.

We know that the news hole as been shrinking along with the number of reporters, but we hang on to the outdated notion that successful newspapers have to remain committed to its mission: the news.  Once upon a time, WREG-TV was located in the basement of the Peabody Hotel, and the joke at the time was that its reporters covered everything in Memphis – as long as it took place in a meeting room of the Peabody.  More and more, CA coverage feels like it’s about covering meetings and press conferences.

In an article in Strategy+Business, four strategies were suggested for the media company of the future.  The first is to “develop deeper relationships with readers around targeted interest areas.”  This builds on the strength that comes from the personal relationship that effective newspapers have with their readers.

The second strategy is “to tap into revenues beyond circulation and advertising,” including custom content, consumer insights, premium content, and data-based applications.  The third strategy is “to reinvent the content delivery model ,” avoiding formula-driven approaches to cost-cutting, and the fourth strategy is “to innovate with new products and pricing models” for online content.

As for customized content, we’d pay extra if that could mean that we wouldn’t get the comments posted by readers to CA articles.  As we’ve said before, we’re hard-pressed to think of anything that would improve race relations more in our city than disconnecting the online vehicle for the most venomous and vile personal and racial attacks in our city.

Setting E-Government As A Priority For Local Government