State Education Officials Finally Get to the Truth 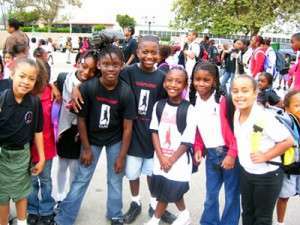 Finally, Tennessee school districts are getting the truth about their students’ performance.

It took long enough.  Unfortunately, there have been parents whose children have gone all the way to graduation with the State of Tennessee lying about how they were doing in elaborately staged yearly press conferences .

Where do they go for an apology after years of the intentional misstatement of the facts and the misleading information?

Clearly, there are moral issues in not giving children the quality education that they need to succeed in today’s economy and to succeed in life as parents and citizens. But sweep away the moral issues and there’s nothing so powerful as the self-interest that dictates that all of us should have in making sure that our city and our state have the smartest men and women in our workforce, the kinds who attracts the jobs, not the other way around.

So, forgive us if we are celebrating the fact that we finally are being told the truth by our public officials in the state of our educational system. It sure beats those phony parties that the Department of Education had each year – complete with balloons and cakes – to feed us the lies that guaranteed them their jobs but shortchanged students who deserved better.

The release each year by the Tennessee Department of Education of its State Report Card is accompanied by celebration and rhetoric about improving schools, but it’s the educational equivalent of the Detroit Tigers popping the champagne corks after this year’s World Series.

There’s really not much they should be cheering about.

In recent years, DOE has gotten really adept at churning out press releases about the improving school scores in Tennessee, but they’re more about hype than hope. All in all, the students of Tennessee aren’t performing much better than 14 years ago, and in a word, the Report Card is a farce.

It’s one thing to spin the facts. But this is something else altogether.

All of us expect a little spin from government, and to be truthful, all of us like to interpret situations in our own best light, but in this case, the state deliberately misleads the public. After all, surely no one believes – particularly the administrators in Nashville – that almost 90 percent of Tennessee students in the fourth and eighth grades are proficient in math and reading as shown on the TCAP (Tennessee Comprehensive Assessment Program).

It’s an incredible claim, especially when a more objective national test of student proficiency paints just the opposite picture for Tennessee. In that test – the National Assessment of Educational Progress (NAEP) – Tennessee ranks #40 and its percentage of proficient students is more in the average range of about 25 per cent. In case your math proficiency has been certified by DOE, we point out that this is a difference of about 65 percent

So, how does Tennessee fare so well in its own tests?

It’s Simple In Its Execution

It’s simple, our state lowers its standards to jack up the results. For example, eighth grade students who answer 40% right in the state’s math test are considered proficient. Just three years ago, they had to answer 51% of the questions right to clear that bar.

At least, it now makes sense why nobody in a fast food restaurant in the state can make correct change these days. They’re getting high marks if they’re only getting 40% right.

But in the interest of fairness, it’s probably unrealistic to expect anything else from DOE. After all, if you were given the power to evaluate your own performance every year, wouldn’t you do whatever it takes to give yourself high marks?

Essentially, that’s what happens here, because the much-vaunted No Child Left Behind allows each state to develop their own tests and to define their own levels of proficiency. Faced with loss of federal funding if they don’t make progress under No Child Left Behind, they have strong incentive to massage the results.

To be fair, Tennessee isn’t alone in playing games with the numbers. At least 40 other states are doing the same, which means that No Child Left Behind in the end is the poster child for unintended consequences. Passed by Congress as the way to let the public know if its schools are improving, it does just the opposite by presenting statistics every year that are virtually meaningless if you’re trying to determine if schools are better.

Putting On A Pretty Face

In his report, Mr. Carey puts states on a “Pangloss Index,” named for the character in Candide who, despite all evidence to the contrary, always argued that all was well. On that index, Tennessee’s results rank it as the 11th best state in student achievement when compared to the other 49 states.

Meanwhile, NAEP ranks Tennessee as #40 in student achievement, and more disturbing, since 1992, test scores have been relatively been flat except for fourth grade math.

Curiously, the state Department of Education doesn’t schedule any press conferences to announce these scores, which come from the only national student test that allows us to actually compare students’ performance across state lines.

The Time For National Standards

All of this begs the question of why we don’t have a national standard that allows us to have comparables as part of No Child Left Behind, but in the interest of states’ rights, when the federal law was passed, each state was given the power to interpret their own standards and progress.

As Memphis City Schools Superintendent Carol Johnson said in The Commercial Appeal series: “If every state is going to create its own assessments and tools of what is proficient and advanced, then what’s the point? We’ve got to figure out what is proficient as a nation.”

She’s right, because what’s happening now is perpetuating the cruelest kind of hoax on states like ours. At a time when the economy depends on our ability to produce knowledge workers for the new economy, we’re deluded into thinking we’re making progress. By the time that it becomes clear that we’re not, it will be too late, and we don’t know about the rest of Tennessee, but here in Memphis, we simply don’t have time to waste.

As long as Tennessee is able – and most of all, willing – to set the bar low so proficiency is high, the public is given a false sense of security that the people in the Tennessee Department of Education are taking care of business.

Asking The Tough Questions For A Change

Hopefully, now that Governor Phil Bredesen has breezed to victory and says that education will be his top priority in his second term, he’ll ask the tough questions and demand more out of DOE. He prides himself on his experience as a businessman but what businessman, much less governor, could make wise decision about investment or success if someone is cooking the books.

Tennessee had its own standards in place before No Child Left Behind was even passed in Washington, D.C., and its stated intent back then was to make sure our schools produced students who could compete with students from Singapore and Hong Kong. Over time, this attitude has eroded, with political spin trumping public accountability.

Some things are so important that they should rise above the normal day-to-day politics in Nashville. Surely this is one of them.

New Guidelines By County Commissioners Are Well-Intentioned, But Miss The Mark