Voting for the City We Should Be 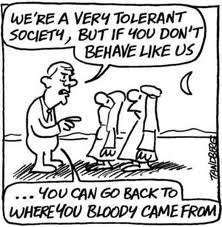 These are days when optimism and hopefulness have actually been realistic attitudes for us in Memphis.

Yesterday’s Memphis City Council meeting was a reality check, showing that we have a ways to go.

It’s no secret that overall, we’re positive about this Council, particularly its courage in confronting the tax equity issue that have foundered for years under the weight of the regular rhetoric about it without any substantive action.

We guess the feeling that this Council “gets” it made our disappointment even deeper with the lack of support for the anti-discrimination ordinance and the overwhelming approval of bad planning in approving yet another drug store and tearing down a historic Methodist church at Union and Cooper in the process.

The 10-2 vote allows CVS to tear down the church and build a drug store that will be out of place and apparently ill-designed for its location.  It is but the latest evidence of our lack of self-worth as a city.  We act as if we never deserve good urban design or the best.  We act as if we are lucky to have economic development anchored in low-wage, low-skill strategies, we are willing to celebrate our mediocre design ethos and we are willing to be an enabler for anybody with big promises and small commitment to our city.

That’s certainly the case with the overwhelming support for CVS ripping down the midtown landmark.  As is often the case, nobody connects the dots – the line running from poor design to unwelcoming neighborhoods to loss of middle income families to lack of success in attracting young professionals to fighting to become a city of choice.

The CVS vote for us was emblematic of the casual disregard that is so regularly shown for our city’s physical character.   That the City Council would do this in the face of opposition from its own professional planners in the Office of Planning and Development and the citizens it confirmed to serve as the voice for the rest of us on the Land Use Control Board defies understanding, except within a cynical political context.

On the same day as the Council’s vote, Loeb Properties – who was the retail partner in the Henry Turley Fairgrounds plan – announced that he is redeveloping Overton Square.  It would seem that concern about this crucial corner and its impact on our quality of life would be reason enough to be cautious and listen to its own planning experts, but it would seem logical to us that the Council should take this opportunity to incorporate the future of Union and Cooper into the plans for Overton Square.

The Wrong Side of History

Doing right shouldn’t be this hard.  Some Council members substituted their own morality instead of the best values that our city needs to be communicating about our being a tolerant place.   As we’ve said before, young professionals are moving to places where they say “they can live the life we want to live.”

There was good news earlier this week when a new poll showed that a majority of Americans are now in favor of same-sex marriage, but we can’t even manage to pass an ordinance that states that we will not allow or countenance prejudice and discrimination.   We often seem stuck on the wrong side of history in Memphis, and this certainly was one of those instances.

What would Jesus do?

What would Dr. King do?

Standing Up For Prejudice

We think that they both would have stood with supporters of the ordinance.  We can only imagine what many of the self-righteous who opposed this ordinance would have said about an unmarried man in his early 30’s who spent most of his time living and traveling with 12 other men all over the countryside talking about love had shown up to speak for Council approval.  But these people find it easier to quote Jesus than to live what he said.

It’s absolutely impossible to imagine a scenario where Dr. King would have stood with his fellow Baptists on this issue. We can only imagine that he would have updated one of his many statements about the cancer of prejudice to include gays, lesbians and transgendered people. “Discrimination is a hellhound that gnaws at (gays) in every waking moment of their lives to remind them that the lie of their inferiority is accepted as truth in the society dominating them. Almost always, the creative dedicated minority has made the world better.”

In this way, gays are the canaries in the coal mine. It’s been said that cities with significant gay populations are more successful, but it’s not just because gays have been key to neighborhood revitalization, development of the cultural and arts scene and to a city’s vibrancy.  More to the point, if a city is welcoming to gays, it is prima facie evidence that it is diverse and welcoming to everyone, and it is the presence of that level of tolerance and acceptance of others that is a magnet for talented young people looking for place where they can live the life they want to live.

Factoid: 11 of the top 15 leading high-tech metros are on the list of the cities with the largest gay, lesbian and bisexual population. Comparing the cities with large gay populations with the cities that are most successfully competing in today’s economy, it suggests that when Memphis rolls out its economic development plans for the future, it should have a plank called: attract more gays.

More to the point, tolerance is now more than simple decency. Today, it’s a competitive necessity, the reflection of a community that is open and inclusive at a time when these qualities are vital if we are to compete for the kinds of jobs that matter most in a knowledge-based economy.