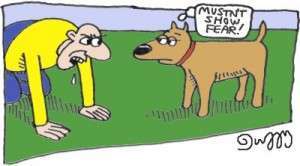 If man bites dog is the definition of news, a couple of stories lately were as predictable as a dog biting a man.

Germantown Mayor Sharon Goldsworthy embellished the image of herself and her city as selfish in the extreme, and a group of ministers with an affinity toward the spotlight embellished their reputation as publicity first, sound policy last.

“I knew we would always get to this day,” said Mayor Goldsworthy at last week’s Charter Commission meeting.  The untenable prospect that set her off: That all of us who live in Shelby County would support amenities like parks and recreation, museums, and other quality of life assets.

Apparently, it was just more than she could take, but her defense was ironic (if not comical).  She complained that residents of Germantown would be paying twice for parks.  Of course, over the years, she would never brook that concept when it was about Memphians paying twice for schools, health and environmental services, FedExForum, The Pyramid, planning and zoning, and more.

Politically convenient logic is always fascinating to watch, but never as much as when Mayor Goldsworthy ties herself into knots to have yet one more reason to criticize the Charter Commission’s heroic work to create an entirely new countywide government.

Stung by criticism that the town mayors weren’t taking part in the process, she’s been a regular guest at the Commission meetings.  But it feels more like her intent is to check that box and nullify any additional editorial criticism (or as some wags have said, it’s to watch Millington Mayor Richard Hodges, a member of the Charter Commission, whose down-to-earth opinions occasionally don’t adhere to the party line).

That is not to say that she has contributed anything of substance in her appearances at the Charter Commission.  Her comments usually come in the form of an attack rather than a negotiation about language that could address her concerns.  Last week’s comments (you can listen online) made her and her city look petty and parsimonious, as the radical thought of supporting countywide amenities sent her off the rails.

Yes, Germantown has its own park system and so it should get a credit for that, but if she would try to think beyond the walls of her preconceived notions, perhaps she could envision ways in which a new metro government could invest in the greenway systems through Germantown.  After all, they too are amenities for the entire community and the metro government should help fund them.

It’s a distinctly myopic, and self-serving, point of view since she’s writing her hands over parks, but she’s mute about Memphis Light, Gas & Water becoming a countywide agency with membership on its board from all of the community. But such is the attitude of the ‘burbs.  It always seems to be about getting something without paying for it, and any suggestion that we all have a common interest in a common future seems as foreign to the mayor and others as Afghan foreign policy.

It’s just all so sad.  At a time when major communities across the U.S. are pulling together to compete in the global economy, some people are perfectly content to balkanize our county into pockets of special interests acting on “it’s all about me” politics.

In truth, the Commission has addressed many concerns that she expressed way back when, and the real question she needs to be asked at the next meeting is this: What would have to be in this charter for you to support it?  Do you feel that Germantown has any responsibility as part of a unified community?

Meanwhile, Mrs. Goldsworthy’s former colleague in Collierville, Linda Kerley, reminded the Commission what mayoral leadership looks like.  “We’ve got to step in and try to make the best plan so everybody benefits from this charter,” she said.

Speaking of people who have their eye off the ball, some familiar faces among the African-American clergy announced that they are going to pressure Memphis City Council to continue to fund Memphis City Schools.  As we all know, the City Council courageously removed school funding from the budget of city government, rightly pointing out that it’s Shelby County Government  that’s responsible by law for school funding.

Apparently, this handful of ministers are co-conspirators in the myth-making by the city schools district that the city funding cut led to the layoffs of teachers aides.  None of the facts bear this out, and it’s pretty clear that in the $1 billion budget of Memphis City Schools, there were plenty of places to free up money to pay the aides.

The aides’ layoffs were more political theater than a real problem, a fact underscored by the stuck in time rhetoric of Revs. Dwight Montgomery and LaSimba Gray.  Their press conference was long on hyperbole and short on facts, and in defending the practice of Memphians paying twice for schools — although 75% of Memphians don’t have children in school and 20% of Memphians live on less than $10,000 a year.

Instead of attacking one of the three most regressive tax structures in the U.S. and an inequitable tax system that means that the less you earn in Memphis, the greater percentage of your income is paid in taxes, the ministers fell to their default positions: educators are always right, politicians are always wrong.  Rev. Montgomery said he wants to “focus on the problem, not the symptom” which should lead him away from City Hall altogether and over to Interim Shelby County Joe Ford’s office where they should demand his leadership for the single source funding for schools that is long, long overdue.

The irony of all this gnashing of teeth is that the Memphis City Schools’ operating budget is significantly larger than City of Memphis and rose at a much higher rate.

If the reverends want to question someone, how about asking Memphis City Schools: In a decade when its enrollment dropped 5%, why did the district’s budget increase about 60% and its workforce doubled?  It’s always strange at the double standard in the intergovernmental family. Every issue involving schools is destined to take on the dimensions of a calamitous disaster, while any other part of government has its services treated as dispensable and always ripe for cuts.

Like the mayor of Germantown, these ministers seemingly see our community as pockets of special interest groups, and because they do, they too care little about the big picture and what is overall good policy for our entire community.  Because of it, Memphians once again find themselves without any champion for tax equity, fairness and community unity.

What’s the Value of a Pension Perk?