Taking the Right Journey to the Future 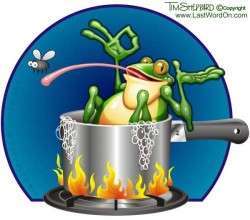 In the past, economic development programs like Memphis 2005 – the much heralded answer to solve our structural economic problems and to revive our economy at the close of the 20th century – have received widespread support from the private and public sectors, but in the end, their real impact was limited.

The reasons included alienation of many economic development groups that were expected to accept responsibility for goals but received no money to achieve them, lack of the community-based support that was needed for the program to become implanted in the Memphis DNA and a tendency to see economic growth in terms of the old, gas-dependent economy.

There are cautionary tales from Memphis 2005 as we ramp up new plans to grow the economy. Most of all, there’s the need to be realistic and to emphasize results rather than marketing, to emphasize quality of place rather than cheapness of place. Memphis often suffers from civic amnesia when it comes to the history of past economic development plans, and this time, we need to be clear-headed about potential pitfalls.

Sticking With The Facts

Some have said the current plans for economic development are different from all previous plans because “it’s actually being implemented.” We hope everyone will pull the Memphis 2005 file out of their filing cabinets. It too had specific objectives. It too was implemented. It too had measurements and regular reports to the community. It too had broad city government, county government and business support. It too had a highly-publicized launch and standing room only meetings to report on its progress.

It reminds us of why it’s important to evaluate our economic development plans in light of MIT’s Sean Safford’s instructive report, “Why The Garden Club Couldn’t Save Youngstown: Civil Infrastructure and Mobilization in Economic Crises.” In his research, Mr. Safford compared two historically and economically similar cities in the Rust Belt – Youngstown, Ohio, and Allentown, Pennsylvania – and reached conclusions that he shared on Smart City about why Allentown succeeded and Youngstown failed.

“Youngstown has suffered from an inability to develop a coherent approach to attracting inward investment, a lack of entrepreneurship and the inability of major local employers to transform in ways that benefit the community,” he wrote, citing causes that deal with social network density, social capital, elitism and duplication.

The reason that social organizations couldn’t save Youngstown, in Mr. Safford’s opinion, was that the civic organizations “rather than being forums of interaction, then, these were simply places were social status was affirmed. In the end, this may have done more harm than good by strengthening the ability of a small group of actors to assert narrow interests over those of the community more broadly. Moreover, these ties ultimately proved extremely brittle leaving the community without strong leadership when it was absolutely necessary to have it.”

The lessons of Youngstown are important for Memphis. Despite our Southern status, our city has a gritty city edge to it, complete with gritty kinds of problems more in common with industrial cities like Youngstown. That’s why the Youngstown connection is so intriguing to us, and what we can learn from it.

As for lessons from our own past, they are especially useful right now as well.

So what are they?

• The ultimate outcome of the plan is new thinking, not just new money for economic development budgets and new marketing.

• It’s about leadership – engaged, committed and inventive – who are able to think of the future as more than just an extension of the present.

• It’s about collaboration between key Memphis organizations, not just top-down direction without meaningful input along the way.

• It’s about spreading the wealth; if the help of organizations are needed, they need the money to make it happen.

• It’s about increasing the capacity of existing organizations rather than creating a bevy of new task forces, committees and groups.

• It’s about average Memphians hearing a narrative that they can imagine themselves being a part of.

• It’s about one over-arching vision that encompasses all strategies into a cohesive, easy-to-understand, aspirational story.

• It’s about focusing on key levers of the greatest change – such as increasing the number of college graduates in our workforce.

• It’s about measuring success by our ability to leap frog ahead of the competition, not just by improving our economic performance.

• It’s about calling a spade a spade by ignoring the spin and calling the Memphis economy what it is – in crisis.

In the end, it’s about creating a city where people, especially middle-income families and college-educated professionals, come to work and live. It’s about realizing that selling Memphis for its cheapness is in the end a prescription for short-term success and long-term failure. The cities that are succeeding and prospering in the new economy are those who are selling quality, and yes, they have taxes higher than ours.

Two years ago, we wrote: “Sometimes in Memphis, it’s as if we’re the city equivalent of the frog sitting in the pot on the stove as the water gets warmer and warmer until it’s boiled to death.” That’s why many national urban commentators have already given us up for dead, ascribing to us the fate that awaits any city seen as dysfunctional and out of control.

But things are changing. There is widespread understanding in Memphis that the water is indeed boiling. And that is indeed progress.

Now, we need to take the kind of actions that are bold enough to not only turn around our economy and get us out of the bottom rungs of economic performance but spring board us ahead of our competitive rivals. It will be hard and it will take time. But we have the grassroots strength, the emerging creativity in some unlikely places and a singular determination to make it happen. Most of all, we have a history of innovation and entrepreneurship whose spirit we should tap into as we move ahead. 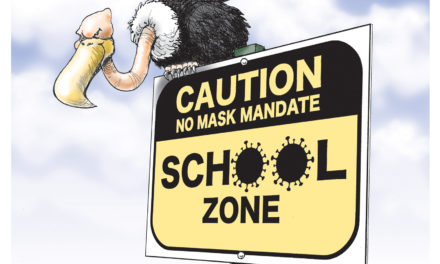 Why We Should Get Behind A Bold Vision For UM