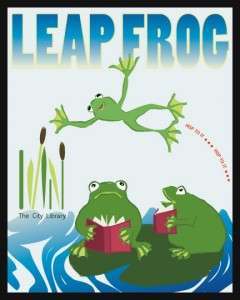 The Memphis economy has reached the moment of truth.

Languishing in the lower rungs of the economic indicators that matter, we have reached the point where we either snap out of it or we sink into the abyss with Detroit and Cleveland.

It’s that serious, and the choices are that stark. In the family of cities today, the rich get richer and the poor get poorer. It doesn’t take a Harvard University economist to point out which group we are in.

Today, cities that are successful are becoming ever more so, gaining momentum, attracting talent and gaining knowledge economy jobs. Likewise, cities that are floundering are failing behind at a quickened pace, lacking the kind of leadership that can pull them out of the downward spiral, reject their reliance on low-wage, low-skill jobs and adopt strategies that have the potential to shake off the civic lethargy and to set them on a dramatic course for the future.

We have no margin for error, and we have to start doing things right. Really right. Right now.

To have any chance at all, cities like ours need leap frog strategies that catapult them ahead of rival cities. In Memphis’ case, it would take a major leap forward just to get to the median in most economic indicators, but that would be a start.

Mary Jo Waits – a guest on Smart City and someone who pioneered these kinds of strategies for Phoenix and State of Arizona – explained the leapfrog approach this way:

“The principles are straightforward, whether for companies or communities. It’s a one-two punch: Spot opportunity and respond faster and better than anyone else. Remember when Steve Jobs and Apple challenged IBM? They didn’t do it by catching up, by building a better mainframe.

“They did it by seeing a different future, betting on the personal computer and leapfrogging over IBM. It works for regions, too. Austin and San Diego leapfrogged over most U.S. metropolitan areas by capturing more talent, research funds and science- and technology-oriented jobs in a relatively short period, less than a decade.

“Not entirely. Mostly, leapfroggers pick their shots. Sometimes, the best shot is to play at the edges, aiming to set the pace of innovation. And sometimes, in this economic whirlwind, the best shot is to follow the ‘first mover.’ Appropriating an idea that is already working in the world can produce the quickest results.

“But copying a good idea is not enough. You have to make the idea your own, grafting it onto your situation. And you have to improve on it so that your competitive position takes a big leap forward, as do the benefits it offers. Leapfrog players pursue with single-minded focus big jumps in performance.”

That in a nutshell is the challenge facing MemphisED, the economic growth part of Memphis Fast Forward, and all the rest of us.

As a result, there’s no time like the present to dream big dreams. Pursuing the same old industry anchors is risky if the ultimate aim is to transform Memphis into a strong competitive position for today’s talented workers – whose presence in turn attracts new jobs.

In fact, if you want to predict our success in the future, throw away all the statistics and graphs. There’s only one indicator that we really need to watch – the percentage of Memphians who have college degrees. There’s no more accurate proxy for future success than this.

Meanwhile, some people in local government believe that MemphisED aims too low in the number of new jobs it hopes to create in five years – 50,000. For one thing, that number is essentially what Memphis’ economy was generating 15 years ago, so it has a certain “back to the future” feel to it. Secondly, it’s not about the number of jobs but where the jobs are being created, because the success of our economic growth plans will be judged fundamentally on creation of jobs in sectors that pay higher wages and elevate our city to compete in the new economy.

Most of all, we need to become a city where people choose to live and work. That’s the toughest challenge of all, because it requires a wholesale shift in our mindset about who we are and who we can become. But in the end, that’s the task ahead, because if we don’t accept it now, we have preordained Memphis’ future as a failing city.
Tomorrow: Learning From the Past

This Week on Smart City: Volunteers and Design

Equity Is The Superior Growth Mode for America’s Future