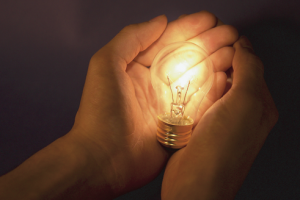 In a recent policy brief for Harvard University, Edward Glaeser and William R. Kerr point to the close correlation between entrepreneurship and regional economic growth.  In addition, places with more start-ups also had faster growth in income and employment.

In other words, our city needs to abandon its lip service to entrepreneurs and put them at the center of our economic strategies.  Other cities are already ahead of us, and this should have been an area that we pioneered, building on the legacies of Clarence Saunders, Kemmons Wilson, Pitt Hyde and Fred Smith, to name a few.

It is in creating a culture of entrepreneurship that Memphis contributes to one of its most important business opportunities – to improve our dismal record on African-American businesses, which account for about 1% of total business revenues in a 50% black region.

There is some evidence that greater entrepreneurial activity is taking place in places with high yield industries like computer technology.  In a city that’s overly dependent on distribution and transportation, innovation often doesn’t ripple beyond FedEx.   Research cited by the Harvard professors suggested that smaller, independent businesses began other smaller, independent businesses because of the lower cost of entry through independent suppliers, venture capitalists and a culture of entrepreneurship.

The data suggest that cost does matter,  and in this regard, it would seem that Memphis has a story worth telling, but first, it has to prove that its’ serious about creating an entrepreneurial city.  It also suggests that college-educated workers also matter, and because they do, we have to achieve the Talent Dividend notably embraced by Leadership Memphis, MPACT Memphis and the newly-created Memphis Office of Talent and Human Capital.

In reading this brief, we immediately thought of Launch Memphis and the leadership by Eric Matthews to drive a stake in the ground and prove that entrepreneurs should be the backbone of our economic policies.  It’s time to spread the Launch Memphis gospel, because we don’t have the years that it normally takes for Memphis to catch up with the trends in other cities.

Mr. Glaeser and Mr. Kerr said that only now is research beginning to understand key issues affecting entrepreneurs.  That said, they do have some tentative policy recommendations.

Quit putting your attention on attracting large firms. “These firms may provide an immediate headline associated with new jobs, but growth is more reliably correlated with small, independent firms,” they wrote.  It is a fact underscored by the fact that compared to December, 2007, we now have 43,000 fewer people employed in our metro area.

Put another way, we have lost the equivalent of FedEx in the past 30 months, and it’s impossible that we’ll be able to land a big fish to solve this problem.  We can continue to emphasize business recruitment to Memphis, but a sounder strategy for the long haul is to turn our focus to entrepreneurs and start-ups.

Don’t expect government to succeed as venture capitalist. Instead of trying to pick winners and losers with its incentives, local government would do better if it encouraged competition between banks and financiers.

No Substitute for Smart

Focus on quality and smart people. “There is much to be said for the strategy of focusing on the quality of life policies that can attract smart, entrepreneurial people,” said Mr. Glaeser and Mr. Kerr.  “The best economic policy may be to attract smart people and get out of their way.  This approach is particularly appealing because the downside is so low.

“What community ever screwed up by providing too much quality of life?”

In other words, the State of Tennessee’s cuts to our largest university, our largest community college and our medical university are devastating and strike at the heart of efforts.

We thought of Eric Matthews again recently when Saul Kaplan, founder and Chief Catalyst of the Business Innovation Factory, told BusinessWeek what he would do with $100 million.  Here, Mr. Matthews makes the convincing point that he had received the same amount of stimulus money that has been wasted (our word, not his) on more highways and infrastructure, he could have produced dozens and dozens of entrepreneurs.

Mr. Kaplan had similar thoughts.  “If I were given a free hand to use $100 million-plus of grants, what would I do?  I suggest that we turn cities into innovation hot spots.  We are playing defense based on old industrial economic development conversation should bubble up from cities.

“The good news is that given the scope of the economic challenges our cities face, there is more receptivity to innovation than ever.  The bad news  is that we have turned innovation into a buzzword.  Everyone and everything is an innovation, and of course when that happens no one and nothing is.  We have to get below the buzzwords.”

If he had $100 million, he would develop an initiative to select four “innovation hot spots” where the models and tools would be created to strengthen the innovation capacity of urban centers.   “Too much of our current effort is incremental and fragmented.  Too much government and foundation investment is spread thin among the usual suspects and goes toward solutions that will only serve to sustain our current systems.  Instead, we need to invest in platforms that can make necessary disruptive change better understood and safer to scale.”

But Mr. Kaplan cautions that creating the hot spots isn’t about inventing anything new.  “It is not technology that is getting in our way.  We have more technology available to us today than we know how to absorb or put to work. ..the silos and systems we are stuck in have evolved over a long time…they are well-intentioned but fossilized.

“We need a new model for showing that alternative approaches work in the real world and can scale.  We have to create the environment and platform that can enable that systems-level experimentation and change.”

Calling Medical Device Entrepreneurs from Around the World