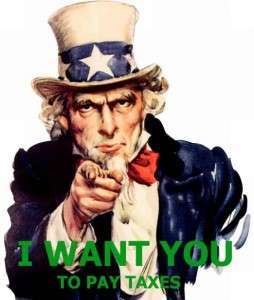 There seems to be big numbers every where – the $30 million or so for The Pyramid, there’s the idea of a new convention center likely to cost about $500 million, there’s the payments for $250 million in bonds for FedExForum, and there’s the tens of millions of dollars for Liberty Bowl Stadium improvements.

There are times when even insiders in government get confused by the blizzard of numbers, funding sources, legal restrictions and potential uses. That’s why it’s easy to understand why the Letters to the Editor use capital funding amounts and operating funding amounts as if they are interchangeable.

Of course, they aren’t.

There are the hotel-motel taxes that are added to the bills for rooms in Memphis hotels. Shelby County Government has a hotel-motel tax of 5% and City of Memphis has a hotel-motel tax of 1.7%. When added to the high sales tax rate, guests in our hotels pay one of the highest tax rates in the entire country — about 16%.  They are used to fund the Memphis Convention and Visitors Bureau, to pay off the bonds on the Memphis Cook Convention Center, to pay the operating costs of the convention center, and to repay bonds for Pyramid improvements.

There’s the Tourism Development Zone (TDZ) which takes in most of downtown. In the TDZ, the incremental increase in sales taxes created by a tourism-oriented project is collected and used to pay off bonds issued for that project. This is envisioned for landlord improvements to The Pyramid to house Bass Pro Shop.  Some TDZ’s collect all of the sales tax while others can only collect 45% (excluding the portion for public education). Another TDZ has been created to help pay for the Fairgrounds mixed-use development.

There’s Tax Increment Financing (TIF) which collects increases in city and county property taxes that take place after infrastructure improvements in a specified area. A baseline is set and anything above that baseline can be captured to pay for public improvements. Uptown is largely funded by a TIF district.

There’s the Payment-in-lieu-of-taxes (PILOT) program that freezes property taxes at the amount of the unimproved property, and as the property is improved and its value increases, additional taxes are waived for a certain number of years. The total amount of the waived taxes is $50 million this year.  Memphis and Shelby County have handed out more tax freezes than all metropolitan areas of Tennessee combined. PILOT’s are granted by the Industrial Development Board for new businesses and expansions and the Center City Revenue Finance Corporation for downtown projects.  The Industrial Development Board has now loosened up its regulations to waive taxes to keep existing businesses from moving.

There’s the state sales tax rebate that collects the sales taxes from the sale of tickets, concessions and merchandise at the games of professional sports teams. This funding was used to help pay for FedEx Forum and Autozone Park.

And these are just a few of the taxes collected and spent by our governments. Some taxes can only be spent for certain things – such as a convention center, an arena or street improvements. As a result, they are not interchangeable, but they often allow projects to proceed without property taxes.

As a result, we pity the average citizen as they try to sort through all of this and argue that the $30 million being spent on improvements at The Pyramid should be given to Memphis City Schools to make up Council’s cut in funding.

The same sort of argument was heard when the FedEx Forum was approved, but the truth is that the taxes used to pay for both of these projects can’t be spent on education. By law, they can only be spent for specific projects like a facility for a professional sports team.

To complicate things even more, money spent on capital improvement projects is essentially a loan from the bank, and it is paid back over 20 years normally.  As a result, the yearly payments for bonds are about $70,000 for each $1 million of debt. In other words, $30 million at The Pyramid would require yearly payments of roughly $2.1 million.

So even if city government stopped a $30 million in its tracks, it would only free up $2.1 million for schools.  As for The Pyramid, city and county governments could not redirect these revenues to schools because they can only be spent in the Convention Center area.

It’s estimated to cost at least $500 million, and it could easily be more. Some ardent opponents of the cut in school funding immediately said that if city government could spend that much money on a convention center, it should give Memphis City Schools the $66 million that was cut.

But like The Pyramid (and FedEx Forum, for that matter), the funding sources that are available to pay for a new convention center – TDZ, TIF and hotel-motel taxes – cannot be spent on schools.

After straining these revenue sources to pay for FedEx Forum, it’s difficult at this point to imagine how there would be enough funding to pay off $500 million in bonds, whose yearly debt service would be about $35 million a year, for a new convention center.

We agree with Mayor Wharton that there’s no downside to considering whether a new convention center is needed. He promises that no decision has been made, and most encouraging of all, he suggests that before his special convention center committee should consider what to build, they need to determine Memphis’ competitive context and if there is any realistic way to move it from being a third-tier convention destination to the top tier.

So, before anything definitive is decided, the first task is to determine what Memphis really needs and what results are realistic. It should be an open and candid discussion – keeping in mind the arguments by advocates in the tourism industry and the warnings by the Brookings Institution that cities are wasting money in the mushrooming convention centers.

A Speck Of Hope For Better Design

Learning About Cities Through A Microscope 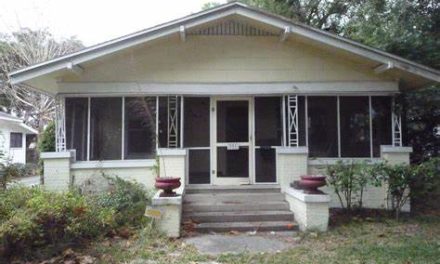