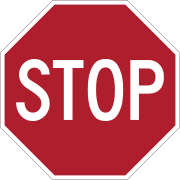 Present transportation policies are critical to creating the tax burden that drives people out of Memphis.

While density is one of those things that cause people’s eyes to immediately glaze over, it’s a factor that drives everything in government – from quality of service to the tax rate.

As we pointed out a year ago, within the 1970 city limits of Memphis, there are today 28% fewer people. This reduced density results in services being delivered over an area with fewer people, driving up costs and ultimately driving up taxes.

It doesn’t stop there for Memphis taxpayers. They are caught in a vise of taxes caused by the reduced density in the urban core and the cost of suburban sprawl. In other words, for 30 years, Memphians have been forced to subsidize policies that have eroded their own city.

That’s at the heart of what is wrong with transportation policy and so many public decisions here. There’s no sense that choices are being made. As Shelby County Government invested $1.5 billion to open up the greenfields of unincorporated Shelby County, it was in fact making the choice to fuel the decline of the urban core.

Of course, Memphis City Council members acted as co-conspirators since their approval was required for projects and zoning changes with its “extraterritorial jurisdiction,” as local government calls it. Regular people would say that Council members have to approve projects outside of the Memphis city limits for three or five miles.

Acting as puppets of the development and homebuilding industries, City Council rubber stamped project after project with no thought that they too were making a choice. They were in fact choosing development on the edge rather than redevelopment of the core.

Voting For Their Own City’s Decline

Diamond describes in his best-seller how civilizations that formerly flourished made choices that doomed them to catastrophe, and many of these bad decisions were tied to the squandering of resources, to ignoring trouble signs that the environment emits and to the cutting down of too many trees.

Using his yardstick, the threats to our small corner of Western culture seem obvious. They are seen in choices in favor of rapid population movement, degradation of the environment and instability of government.

Actually, every vote on one of the developments in this area should have been weighed as a choice — to shift public investments to the suburban fringe rather than spend them on strengthening the urban core and protecting the public infrastructure already paid for there.

Meanwhile, across Civic Center Plaza, the Shelby County Board of Commissioners voted time after time to approve every development placed on its agenda, its members never had a sense that they were making a choice — to fuel sprawl and set in motion their own financial decline, cuts in public services and erosion of their ability to take a leadership role in the community.

Like many of the societies described in Diamond’s book, Shelby County made the choice to ignore the warning signs, always believing that the flow of money was endless, short-term benefits were as good as long-term ones and its political power was unshakeable.

Shelby County chose to see sprawl as “normal” and beyond its control. It called it “growth,” when it was no growth at all, but a massive subsidized There is no real growth in Shelby county because population increases are essentially births over deaths, not the result of an influx of new residents.

To understand the cost of the choices made in favor of sprawl, just do the math: every new single family detached house valued at $175,000 costs Shelby County Government more than $4,000 a year for 20 years in public services, primarily schools and roads.

Even Roses Have Thorns

Of course, it’s not just transportation policy that suffers from the lack of a clear, comprehensive analysis. Notably, there are the analyses conducted by City of Memphis before it annexes an area.

It’s not about choice at all. It’s about the rosiest scenarios – assuming no decline in the areas or exodus of residents – but more to the point, they never take into consideration the impact on existing neighborhoods of taking in new area. Instead, the exercise is about determining the amount of revenues and the cost of city services, and the answer is that in time, the annexation is a money maker for city government.

But they haven’t been. They have in fact diverted money to pay for infrastructure and services for the new areas of Memphis while the urban core received less attention and money. And as changes take place in the new area, as in Hickory Hill, city government has compounded the scope of the challenges facing it.

It’s essentially the same thing done in transportation planning here. There’s never a new road and more lanes of traffic that can’t be justified by engineers who make their living off such projects. It’s all about traffic flow, congestion and travel times and rows and rows of numbers.

Unfortunately, it’s never about the impact that building a highway on the fringes of our community will have on our existing city and the infrastructure we’ve already paid for. Like annexation, it is at its essence a false equation and a faux exercise in planning.

In the end, the seminal question of Collapse is: How can society best avoid destroying itself?

The seminal question in our community is how do we create a balanced approach to decisions – weighing all factors rather than just the justifications of special interests – and how do we treat every decision as what it is – a choice.

Business As Usual at MPO