No Crisis Can Pave Over Roadbuilders’ Influence

You can never underestimate the power of the roadbuilding industry.

While University of Memphis President Shirley Raines is forced to cut a budget that long ago lost any fat in it, while the state shortchanges our community’s schools with BEP funding, while sprawl is busting the budgets of Tennessee’s urban governments and while Tennessee ranks as one of the states with the most highway lanes per person, the Tennessee Legislature has appointed a special committee to worry about how to build more roads.

Of all the priorities of state government that deserve more attention and more money, it’s hard to understand why highways right now are even in the top 20. For way too long, state government has acted like its obligation is to enrich the roadbuilding industry. In that world, there will never be enough highways, and the traffic engineers – who depend on more roads for their incomes – and the politicians – who depend on the roadbuilding industry for so many campaign contributions – will always find justification for more lanes that have to be built.

So, for that reason, it’s really no surprise that a “study committee” has been created by the Tennessee Legislature to consider ways to increase funding for highway construction and maintenance. They may even talk about other transportation issues – they may even utter the treaded p-word, public transit – but in the end, it’s primarily theater to pump more money into laying more asphalt.

It’s all so preordained that state legislators don’t even attempt to mask the fact that for them, state transportation policy equals more highway construction. After all, one of the state’s most powerful lobbies – roadbuilders – and the largesse that flows into campaign coffers make the conclusions of such committees foregone for years.

If there’s ever been a poster child for how cavalierly the public interest can be set aside by Tennessee legislators for personal political opportunism, it is their obsession with more and more lanes of roadways. In the process, there’s little debate about how this attitude has fueled sprawl across Tennessee, especially in major urban areas, and how a wiser focus on sustainability – with transportation policy leading the way – could create a better way of life in our state.

Tennessee Department of Transportation Gerald Nicely has done an admirable job of dragging his operations into this century, because for decades, it was widely accepted that TDOT’s role was to do whatever the roadbuilders wanted. At least, he’s been able to create some sensitivity to environmental issues, context sensitive design and light rail (although we despair that the plan is to connect Nashville and Chattanooga to Atlanta, doing nothing for the most economically desperate grand division of Tennessee – West Tennessee).

Despite Commissioner Nicely’s efforts, he has been unable to transform the cultural attitudes of his bureaucracy or to make much of a dent on the road-happy members of the state legislature. As a result, there’s always pressure to build more roads, and there’s always one more report saying that we need $15 billion to deal with the transportation and utilities needs of Tennessee.

Too often, however, these needs are not determined by an independent, third party expert, but by people who benefit from the construction of new roads. It’s really shouldn’t be a surprise that engineers, roadbuilders and the special interest groups like the Tennessee County Highway Officials can always find new projects to build.

However, the words of former design director of the National Endowment of the Arts Jeff Speak, speaking in Memphis earlier this year, still rings in our ears: “Build Memphis for humans, not just for cars. Don’t leave the design of your city to highway engineers.”

The same goes for the state. Here, we need only look at the incredulous design of Walnut Grove Road entering into the west side of Shelby Farms Park to understand the wisdom of his words, but we can see it also across Tennessee where highway engineers have been given freedom to create a state with too many lanes on too many highways.

Of course, any questions about this are met immediately with justifications based on economic development and safety. That said, Tennessee’s struggling economy has fundamental structural problems that deserve the attention now given to roads. Meanwhile, safety would improve if highways had fewer lanes. Studies have proven to every one but roadbuilders that wider roads result in higher speeds which cause more accidents, and yet, state transportation plans continue to act as if adding lanes is a panacea.

Despite all this, we have a 20-member task force in Nashville now wringing their hands over the fact that our state spends only about $2 billion a year in our traditional patronage to roadbuilders. If you question it, there is the ready answer that state-levied taxes on gasoline are designated for roads, and $900 million in federal Highway Trust Funds can’t be spent any other way.

But that’s clever deceit. These dedicated taxes were of course set up by legislators in either Nashville or Washington. Back here in our state, why should roads get dedicated tax sources rather than higher education? Just because we have gas taxes, why should they only go to transportation? 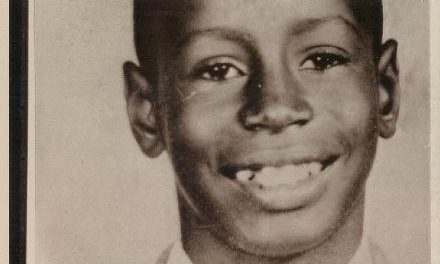