A crisis is a terrible thing to waste.

It’s a quote attributed to a well-known economist, but it’s particularly timely for Memphis City Schools. Confronted with reduced public funding, a crisis in student performance and a management system in disarray, new Superintendent Kriner Cash has an unprecedented opportunity to not only put his stamp on our district, but to set a bolder direction that will guide it long after he has moved on.

The reality is that because of the crisis at the district, Mr. Cash essentially has a free hand to experiment, to innovate and to re-imagine a different kind of district for our city.

That’s why we need to elevate our aspirations. Gone is a definition of success that means that the city district is operating better than at anytime in recent history. In its place should be a definition of Memphis City Schools as a national model.

This kind of attitude in Washington, D.C., has already resulted in the closing of 23 schools, replacing more than 40 principals and assistant principals and dismissing 100 central office staffers (in a system about half the size of ours).

The truth is that one year from now, there will be exciting headlines chronicling dramatic improvement at Memphis City Schools as it relates to TCAP scores and No Child Left Behind standards.

We don’t want to trivialize it, because it will be a major step in the right direction, but significant improvement at the 12-month mark is a regular feature of new reform-minded superintendents. In fact, we can all remember these kinds of headlines when former superintendent Carol Johnson, with accompanying hosannas, sliced the number of failing schools.

Recently, Washington Post lauded the impressive gains (students raised their overall scores on standardized tests by about nine points) that resulted from the “take no prisoners” reform philosophy of new District of Columbia’s Superintendent Michelle Rhee. Similar progress is reported at districts headed up by “marquee” superintendents around the U.S., and there’s little reason to suspect that Superintendent Cash doesn’t belong in that group.

After a somewhat sputtering start, Mr. Cash seems to be getting his balance, and most of all, he seems to be getting the message right – away from justifying new hires from Miami to articulating priorities to turn the district around and away from reams of strategies to focused levers of change.

Through no fault of his own, he’s parachuted into one of the most cynical environments for public education anywhere. While he faces his own share of internal district challenges, there is nothing as malignant as the wide-ranging external opinion that nothing can be done to “fix” Memphis City Schools.

It’s an attitude that was deepened after the departure of Dr. Johnson to the greener pastures of Boston. It’s clear now in hindsight that the Johnson Era was as much an exercise in wishful thinking as anything, and we admit our own culpability in that delusion. In the end, we all wanted so hard to believe that she was making the fundamental improvements that could turn around the district that we became willing subjects for civic hypnotism.

This time around, we are clear-eyed, almost fatalistically so, but it is in this environment that Superintendent Cash will find almost anyone in this city ready and willing to help if he can promise the kind of courage and candor that can transform a culture that strangles innovation, suffocates dissenting opinions and resists opinions from anyone who threaten the status quo or the patronage and nepotism that lie behind too many decisions.

The bad news is that we’re more cynical. The good news is that there’s little misunderstanding now about the fundamental nature of urban school reform – it is gritty, long-term work. There are no magic bullets. There are no simple answers. There is no alchemy to school improvement. There is only the alchemy of systemic, long-term, grind-it-out work.

That’s why the ultimate test isn’t in one-year testing results, but in subsequent years where only systemic change can produce the desired outcome. After all, several of Mr. Cash’s strategies are already destined to produce significant improvement, such as the movement of large numbers of overage students into a few schools rather than being spread across the entire district. It’s the kind of carefully choreographed program aimed as much at improving test scores through the movement of students as the movement of grades upward.

Such is the nature of school districts in the cruel landscape of No Child Left Behind, where a “teach to the test” imperative derails the need to add reasoning as one of the “R’s” in our schools if students are to succeed in the knowledge economy.

The systemic work envisioned by Supt. Cash is coming into focus. We’re encouraged that he’s kept the rhetoric about the budget cuts by Memphis City Council to a minimum. The truth be told, he knows that he can make the required cuts without any damage to classroom instruction. Any urban superintendent worth his (or her) salt has already been faced with serious budget shortfalls and has developed the necessary budgets to protect classroom teaching. (In fact, that was one of former Supt. Johnson’s accomplishments in Minneapolis and now in Boston.)

School officials these days talk about reaching the tipping point for Memphis City Schools, and the blueprint is “Breakthrough Leadership: Breakthrough Results” plan authored by Deputy Superintendent Irving Hamer – who is driving so many key decisions – and Mr. Cash. While it’s difficult to see the tipping point, at least it’s several steps in the right direction.

It won’t be easy. As we wrote the other day, in 80% of city schools, more than 30% of students change schools each year, and more than half of the students in 11 schools move each year. Teaching in urban districts is tough enough in the best of times, but nothing is harder than trying to hit the moving targets of Memphis City Schools.

After the Cash Administration lays the organizational foundation for 12 months of dramatic change, they will place their emphasis where it belongs – on teaching and learning. If there’s one resounding mantra these days in education, it’s that improving teacher quality is top priority. Research is incontrovertible that the quality of a student’s teacher is a greater influencer on a student’s achievement than anything else.

That’s why the words of Sir Michael Barber, the senior educational adviser to former British Prime Minister Tony Blair, caught our attention. He said that four great school systems in the world – Finland, Singapore, South Korea and Alberta, Canada – have one thing in common:

“They all select their teachers from the top third of their college graduates, whereas the U.S. selects its teachers from the bottom third of graduates. This is one of the big challenges for the U.S. education system: What are you going to do over the next 15 to 20 years to recruit ever better people into teaching?”

That’s the main test for Memphis City Schools. If Supt. Cash is to make the most of the crisis atmosphere of the district, he should invest his ammunition in the area of teacher quality. Union considerations aside, it’s time to find a way to get rid of poor-performing teachers who just have the virtue of seniority but little else, and it’s time to more greatly reward excellent teachers.

Despite headlines to the contrary, there’s little reason to be hysterical about the cuts to Memphis City Schools. After all, according to Tennessee Department of Education officials, between 2003 and 2007, the enrollment of Memphis City Schools fell 11 percent. However, its budget grew 19 percent.

This budget hurdle is a significant test for Supt. Cash, and like dozens of urban superintendents before him, it’s a test he’s prepared to pass. Meanwhile, the rest of us need to be engaged in a citywide discussion of single source funding of our schools, and how to move from where we are to where we need to be.

What Should We Do To Put Quality First in Economic Development? 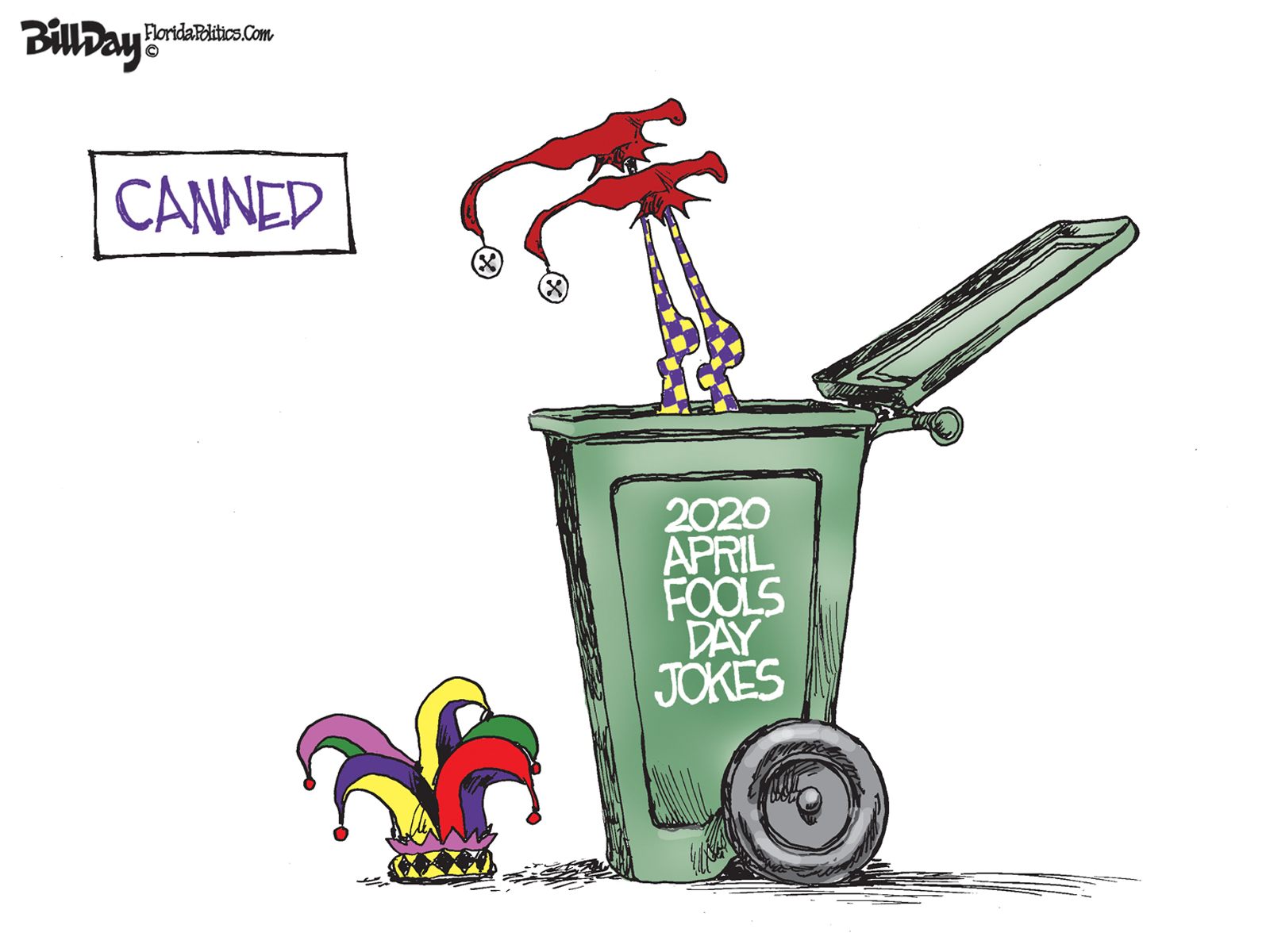 No April Fool’s Jokes, A Cartoon by Award-Winning Bill Day