The decision to change the name of our alma mater has never looked smarter.

Gone is the limp Memphis State University moniker and in its place is the assertive-sounding University of Memphis.

This week, it’s looked like the smartest decision ever made as thousands of headlines across the country proclaimed our top rated men’s basketball team:

And those are just a few of the smile-evoking headlines that appeared in every paper in the nation this week.

And to think that we chased NBA basketball because of the perceived value of having the name of our city in the league listings every day. Of course, in those days, we weren’t thinking that the name would always bring up the bottom of the list.

Sadly, while the sports side of the house was getting to the top, the academic side of University of Memphis was tanking with its handling of its most highly-publicized Egyptian archeological team. It’s too bad, but at the university the emphasis on teamwork never seems to spread beyond the athletic department.

In the Egyptian dispute, University officials may actually be right, but it sounds so much like its regular emphasis on a control and command management style that it’s hard to simply dismiss complaints from the head of the dig team that discovered a 33-centuries-old chamber in the Valley of the Kings. More to the point, at this point, the University seems to be on the losing end of a public relations disaster that has gone global.

The most disturbing aspect of this controversy was acknowledgement by Provost Ralph Faudree that he never talked to the leader of the archeological team, Dr. Otto Shaden, although it should have been clear that the university was risking an international black eye. On a decision of this magnitude, we’d have a higher comfort level if he had directly gathered information instead of relying on third parties.

The good news is that considerably more people will read about our basketball team than the dust-up in the desert, but in the long run, it’s the latter that may say more about our university in the long run. 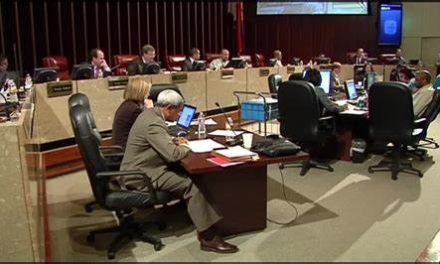 While Congress Focuses on Guns, We Lose The Technology High Ground