Learning About Cities Through A Microscope 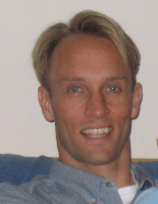 We’re guest blogging this week on CEOs For Cities’ blog and putting the posts here as well:

Dr. Aaron Shafer represents the talent that so many cities are concentrated on attracting, but for now, Memphis has him.

He’s a post-doctoral fellow working as a scientist in the labs of St. Jude Children’s Research Hospital, where he’s part of its internationally respected research in molecular immunology.

This much we know in Memphis: St. Jude’s is one of our strongest magnets for talent, attracting hundreds of the smartest scientists in the world to research the molecular and genetic basis for catastrophic diseases in children.

Because of the post-doc fellows and the internationally known scientists that are drawn to the hospital, more is known these days for its scientific breakthroughs than for its origins in a prayer to the patron saint of lost causes by legendary comedian Danny Thomas.

And yet, Dr. Shafer continues that tradition, too. These days, he’s praying for a skate park in downtown Memphis.

His work on the skate park is a reminder for Memphis as it tries to do better in attracting young professionals: Sometimes, it’s not the mega-project, but the smaller projects – that generate activity and vibrancy – that offer the most immediate returns on investment with this coveted demographic.

Man On A Mission

For seven months, Memphis officials have debated whether to build a new football stadium – at a cost estimated at between $175 and $300 million – while the grassroots campaign mounted by Dr. Shafer and two St. Jude colleagues, Dr. Steve Zatechka and Dr. Zachary Baquet, has been slow to attract official attention at a fraction of the cost – probably about $3 million.

Dr. Shafer is a man on a mission – owing to the childhood example of his father, an Episcopalian minister, and his own interest in helping kids – and he sees the skate park as a place where the spirit of community is strengthened.

When he thinks about Memphis, he draws inspiration from his work with cells. “The complexity of how cells work creates an appreciation for how cities operate,” he said. “Cells are like cities in that what appears to be a series of insignificant collisions and interactions lend themselves to a productive order of things.

“To me, it strongly parallels how a city works. Layered in them are checkpoints, and it’s in finding these key events, often obscure, that leads us to understand how a cell works. Similarly, it leads to how a city works.”

Referring to cells as “community-minded entities,” Dr. Shafer said they “respond to external enrichment and never operate by themselves. A successful cell is tightly regulated but at the same time is completely free. When it is no longer regulated, or sensitive to its environment, cancer results. The same happens in cities.”

All of this led Dr. Shafer – a California expatriate who missed the camaraderie of surfing – to see a skate park as more than a place for recreation. To him, it can be the place where people come together, form bonds and strengthen the city itself. Or put another way, it’s a place where seemingly insignificant events have the potential to improve the city itself.

Fighting For An Idea

In support of the skate park, he’s set up a website and regularly blogs on the impact that a park can have on the lives of Memphis youths. “Long-term plans for this facility not only promote Memphis as a recreationally rich city, but to use it as a vehicle for community-building and reconciliation between two cultures,” he writes.

These days, he’s attracting key supporters – Hyde Family Foundations, Riverfront Development Corporation (RDC) and Memphis Division of Parks – and his vision for a skate park in downtown Memphis on the riverfront is picking up steam. Soon, he’s hoping for a feasibility study to be undertaken for the potential site and for a design that would make the park the largest of its kind in the U.S.

Along the way to this point, he’s learned that cells and cities are alike in other ways. Most of all, the same patience and persistence that bring success in the laboratory are needed for anyone who sets out to change things in cities.

Leadership and Call to Action in Withdrawal? Inspiration in Bill Gibbons’ Press Release

This Week On Smart City: Fighting Crime And Bad Times

We Are The Product Of Our Choices