Chattanooga Shows How A Riverfront Can Transform A City 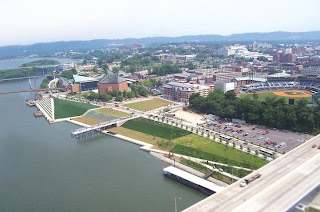 There’s so much that Chattanooga has done right to transform its once underused riverfront into a vibrant public place, and so many lessons that Memphis can learn from its sister Tennessee city.

We’re thinking about Chattanooga as we develop suggestions for a city that needs to reclaim its waterfront, and it’s hard to find a city that’s done a better job than Chattanooga. After all, it’s morphed from being called the most polluted city in American in 1969 to one of the most honored for its courage and success in redeveloping its waterfront and downtown.

Interestingly, it did it with much of the same cast of characters that we have – city government, a mayor with downtown and riverfront improvements as a priority, a private nonprofit devoted to improving the riverfront and private foundations determined to make the city more competitive.

What it did have that we’re missing is a design center – there called the Planning and Design Studio – that serves as convener on urban design issues, as a voice for high quality design and as advocate for the mixed-use, vibrant, walkable, livable developments that elevate the quality of life so important to city competitiveness in the current economy.

We’ll come back to the subject of design centers in a few days, but for now, suffice it to say that progress is being made in creating one in Memphis.

Making The Most Of Crisis

It’s been said that a “crisis is a terrible thing to waste,” and reeling on its heels, Chattanooga sure didn’t waste its chance to turn the city around. The battle back began on the riverfront. In some ways, the city had little choice, because its economy was cratering and every sector of civic leadership felt the same – that Chattanooga was fighting for its life.

The new partnerships created out of crisis were so strong that they have endured through four mayors, and before they were through, the signature projects that we’re all familiar had become Chattanooga landmarks — the $75 million Tennessee Aquarium project and a new riverfront, a 10-mile recreational greenway along both sides of the Tennessee River, new mixed-use development, $1.2 million in public art and a free electric shuttle.

Analysts have traced the Chattanooga “culture of cooperation” and “era of enlightenment” to five factors that converged to make it possible:

• A clear regional vision. Public and private leaders came together to reach consensus on an agenda for growth.

• Public processes to set goals. The plan created in 1984 led to the Aquarium opening in 1992, and the success from that led to a three-year, $120 million 21st Century Waterfront Plan.

• One-stop design center. Setting higher design standards and becoming the vehicle for problem-solving, the focus was kept on quality and livability.

• Portable planning for neighborhoods. A process was set up in which the city identifies priority zones, a nonprofit organization works with neighborhood citizens to set goals and the development agency follows with plans of action. It’s produced two downtown magnet schools, incentives for corporate and public employees to buy homes and jumps in property values of 60 percent in four years.

Key benchmarks on the Chattanooga timeline include much more than the Aquarium. Other milestones from the momentum are renovation of the Walnut Street Bridge for pedestrian use between south and north shore developments, 1993; multi-family housing at Riverset Apartments, 1994; opening of the Creative Discovery Museum, 1995; IMAX theater opens, 1996; Coolidge Park opens on north shore, 1999; BellSouth baseball park opens on south shore, 2000; groundbreaking for two new schools, 2001; rollout of the 21st Waterfront Plan including museum improvements, waterfront piers and redesign of the Riverfront Parkway from four lanes to two lanes through downtown, 2002; and completion of 21st Waterfront Plan, 2005.

Chattanooga’s version of the RDC – The RiverCity Company – led the transformation, including the 21st Century Waterfront Plan, and along the way, it leveraged $12 million in seed money into $1.5 billion in private investment.

In addition, special attention was given to connectivity, and the most dramatic example of it was the reduction of the four-lane Riverfront Parkway to two lanes so museums would have river access and so development parcels could be created. In addition, an impressive glass pedestrian bridge connected the once-isolated Hunter Museum of American Art into the fabric of downtown.

Since its opening in 1992, the Tennessee Aquarium has attracted more than one million visitors, and the area adjacent to the aquarium on the south shore quickly became the city’s most popular common ground, made even more popular by the addition of a well-designed, newly-constructed project where visitors to the river could enjoy scenic vistas, participate in river events and gather for civic celebrations. It’s a reminder of the impact that can come from a project like the proposed Beale Street Landing at the foot of Beale Street (although the Memphis project is more context sensitive).

To make connections easier, with the opening of the aquarium, an electric-powered shuttle was added, but it was there to do more than provide transportation. For a city maligned as the most polluted in the nation, the shuttle became a symbol of a commitment to more environmentally sensitive policies. The shuttle eliminates an estimated 130,000 pounds of diesel particulates.

Today, Chattanooga bears little resemblance to the sad city that we knew a couple of decades ago. Back then, all of its stories were about the ones that got away – how Coca-Cola started there but left for Atlanta and how the New York Times Company began but left for the Big Apple.

The good news is that these companies, plus steel and chemicals, created wealth that’s found now in foundations that have invested in the waterfront improvements. There are always serious bumps in the road (including election of a new mayor who campaigned as an anti-urban design candidate and whose rhetoric bordered on anti-intellectualism), but that is the nature of city development in general.

That said, there are few things as instructive as taking the lessons that come from cities that have faced similar challenges, and one of these is 330 miles away in Chattanooga.

What To Do About The Fairgrounds: Question Of The Week 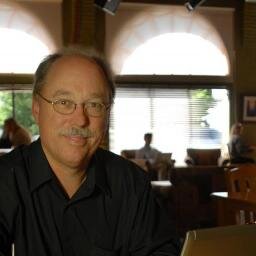