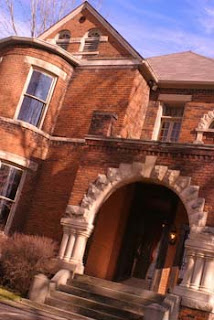 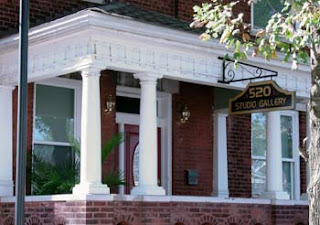 You’ve got to admire Paducah.

While the spotlight most often falls on large cities grappling with ways to strengthen their arts scene, there’s much to be learned from the small Kentucky rivertown. Few cities, regardless of size, have been as assertive or as successful in using their arts as a powerful competitive advantage.

We were reminded of this when we saw an ad in the Memphis Flyer a few weeks ago inviting us to “experience the Lowertown Fine Arts District.” It was the latest volley in Paducah’s Artist Relocation Program, this one aimed at Memphis, St. Louis, Nashville, Atlanta, Lexington (KY), Cincinnati and Chicago.

It was a heady display of the confidence that comes from success, because the Paducah program is a good example of how a bold vision, aligned civic resources and a focused strategy can transform a city. Memphis could take some lessons from it.

With more than 70 artists lured from places across the U.S., Paducah’s success has outstripped the projections of even its wildest advocates. Since being started about eight years ago, the Artist Relocation Program has been responsible for the renovation – completed or under way – of about 70 buildings and attracted new construction.

It’s a dramatic turnaround for a part of the city of 30,000 that was built 150 years ago as a grand neighborhood of charming homes before a slide late in the 20th century took it to a seedy slum known for the easy availability of cheap drugs and women. Today, the area, which, according to a Paducah planning official, comprises about 30 blocks, is best known for artists’ homes and studios, not to mention the visitors strolling through the neighborhood in search of artwork and the new firms and restaurants drawn to it.

Arts and culture are being used as the foundations for economic growth in a number of cities. Through our firm’s work in developing creative city plans for cities capitalizing on their unique artistic and cultural assets, we can attest to the wisdom of emphasizing cultural assets as an effective, and undervalued, way for a city to find its distinctiveness.

Too often, cities looking for answers to their problems first turn their attention to finding “best practices.” It often leads to them identifying successful programs and strategies in other cities and eagerly transplanting them in their own with understandably limited success. In the end, it is an artificial initiative with no resonance in the local DNA. That’s because it’s the plans built on differentiation that offer the best opportunities for success, plans that grow out of a city’s own character, personality and heritage.

That’s what’s so impressive about Paducah’s Artist Relocation Program. It’s an innovation program that’s unique and responds to the needs of the city. Confronted with neglected homes with architectural integrity and a neighborhood serving as a seedbed for crime, city officials understood the need for redevelopment of Lowertown.

Artists can be as important to cities as new companies. It’s just most cities put all their attention and target their financial incentives on the latter. That’s too bad, because artists have the proven ability to transform at-risk neighborhoods and bring life to dying areas. Strategies to attract them have included tax exemptions from sales and income taxes for art produced and sold in a specific arts district, new “live-work” space carved out of warehouses and converted into loft studios, and specific neighborhoods where they receive special incentives or subsidized rents.

Paducah knew all this, but it decided to do things its own way. It did it by focusing on home ownership, and along the way, it is creating a stable, arts community.

The Artist Relocation Program is the second attempt to revive the area, and the city’s first effort is instructive. About 25 years ago, Paducah designated Lowertown as an historic district, but it had marginal impact on stabilizing the area. What was missing a triggering mechanism to change things.

Planners say that was to come when a local artist living in Lowertown grew concerned about the crime at his front door and the fact that 70 percent of the property was rental and decaying. His concern took him to the city’s planning department which acted to deal with absentee landlords with a get-tough rental license ordinance and with aggressive enforcement of new codes to protect the neighborhood.

The artist-planner team – which essentially created the program from whole cloth – soon had city funding for the first year’s budget for the Artist Relocation Program and raised money to buy Lowertown homes. Back then, there definition of success was in attracting 10 artists to Paducah.

Here’s how they’ve attracted seven times that many. The city buys a deteriorating house at a bargain price and spends a modest amount stabilizing it. The house is given to an artist who spends significant amounts of money to renovate and restore the structure. Once completed, the house is appraised at much less than the renovated value, but the Paducah Bank agrees to make 100 percent loans on the full value as opposed to the appraisal. Amazingly, the bank became so supportive of the program that it stopped getting the appraisals altogether.

Instead, the bank qualifies the artists individually to make sure they have the ability to repay the loans for the renovations. This is in dramatic contrast to other cities, because more commonly, cities gives incentives for developers to renovate the space and then lease it to artists, which means that as soon as the neighborhood turns around, the artists are the first to be forced out because of higher values.

In support of its program, Paducah pays a bonus so artists can pay for architectural fees for renovation, it exempts construction materials for properties in the program from sales tax and it pays for the websites of the artists.

These days, Paducah is a popular destination for city officials interested in ways to attract artists, because in the end, Paducah did much more than revitalize a neighborhood. More to the point, it has created a vein of creativity that enlivens the entire city and enriches its quality of life in ways that were unimaginable only a few years ago.

This Week on Smart City: Investing in Detroit’s Future

The Shameful Attack on Public Employees