Wanted: A Long View Of Juvenile Court, Rather Than Short-term Political Gain

The blowup about a second Juvenile Court Judge seems destined to become a defining moment for the Democratic-controlled Shelby County Board of Commissioners.

Finally, after 15 years as the minority party, they achieved the majority on the county legislative body, a benchmark of the shifting demographics that will eventually overhaul all of county politics.

With such a historic moment to make a statement about the vision of the Democratic Party, to usher in a new day in Shelby County Government and to articulate a bold agenda, it becomes more and more unbelievable that the commissioners are squandering their good will to create a second Juvenile Court Judge.

We’ve previously stated why we think there is no compelling justification for another judge. More to the point, adding another judge does exactly the opposite of what the Democratic commissioners – supported by Republican Commissioner Mike Carpenter – envision. Rather than reducing the backlog of cases and producing more efficiency at Juvenile Court, the second judge creates an operational nightmare.

If the commissioners succeed, Juvenile Court will be reminiscent of county government when three commissioners (then in charge of various services within the administrative branch) were constantly butting heads over their responsibilities. That was largely why the voters approved in 1974 the creation of the county mayor – a single administrative leader to replace the confusing, disruptive commission structure.

We know that some commissioners’ concerns about the bottlenecks in the juvenile justice system are sincere, but to us, adding a second judge is akin to injecting the same kind of confusion that existed in the days of the County Commission into Juvenile Court operations.

How About Another Sheriff, Too

As we’ve said before, it’s the equivalent of adding a second sheriff because of jail overcrowding, and to follow the suggestion of some commissioners, the two sheriffs would then alternate authority over the jail year to year. There is no one who foresees this kind of administrative structure as anything as a prescription for disaster

As we’ve said before, the Juvenile Court Judge is an administrative position. The judicial function of hearing cases is handled a team of referees, not unlike the team of assistant divorce referees who hear cases in Circuit and Chancery Courts.

Referees Are The Judges

As we have said, if the intent of the commissioners is to address the backlog of cases in Juvenile Court, they need to fund more referees. Here’s what Tennessee law says about Juvenile Court referees: “A referee has the same authority as the judge to issue any and all process…(and) the powers of a trial judge.”

As in the case of assistant divorce referees, where motions can be filed for a Circuit or Chancery judge to review their decisions, lawyers in Juvenile Court can file a similar motion with the Juvenile Court Judge.

In other words, suggestions that only a second elected, fulltime juvenile court judge could reduce the backlog of cases is specious at best. At worst, it comes across as Democrats taking something in the political backroom that they couldn’t get at the ballot box. Also, it promises litigation since there is a similar case where a second Juvenile Court judge was ruled illegal.

More Firepower Aimed At The Problem

Rather than throw another politician at the problem, we suggest that the Board of Commissioners fund four emergency referees and mandate Juvenile Court Judge Curtis Person to deliver weekly reports to the commissioners and the public about the results from this additional judicial help. That way, the public can measure the impact of the additional manpower, and if it fails to solve the problem, then, there’s more credence given to creation of a second judgeship.

In the meantime, we suggest that Shelby County Government – preferably the Wharton Administration in conjunction with the committee being chaired by Commissioner Carpenter to look into this issue and with Judge Person – hire an independent expert to evaluate the entire Juvenile Court operation.

There was a time when Juvenile Court was held up as a national model for other communities, and when former Juvenile Court Judge Kenneth Turner literally wrote the book on juvenile court operations. But we haven’t heard those kinds of accolades lately, and with a disproportionate percentage of youth in this city (when compared to most cities), there’s no place that has more at stake in having the nation’s best Juvenile Court system than Memphis.

We believe it’s time for someone to take a fresh look at the entire operations of Juvenile Court. If the Democratic commissioners are right about a second judge, the process will prove them right, and the public can be assured that the new judge is justified by the facts and not just politics.

We suspect that in the end, such a comprehensive review would recommend a much more streamlined structure, perhaps with divided responsibilities between the judicial and correctional. There’s no argument that the Juvenile Court has developed over the years into a bureaucracy that at times seems unwieldy and inefficient, not to mention, in need of a more effective way of changing the lives of the thousands of at-risk youth who flow through it each year.

No one admires Veronica Coleman – clearly heir apparent for the second judgeship – more than we do, but for the commissioners to appoint her to a tainted judgeship does a disservice to her and to the integrity of the court itself.

Let’s hope that every one will now take a step back, take a deep breath and take a different approach to all of this, an approach that could actually produce solutions to the real problems at Juvenile Court.

In the end, the goal should be to once again have a Juvenile Court system that is the standard for the rest of the country. Within that context, appointing a second judge becomes even more irrelevant. 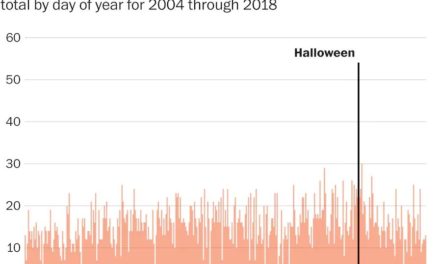 The Times They Are A’Puzzling

Blogs Relied On For Local News