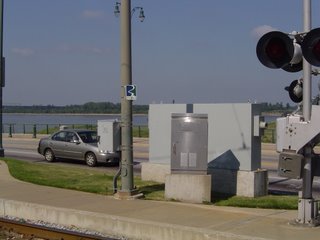 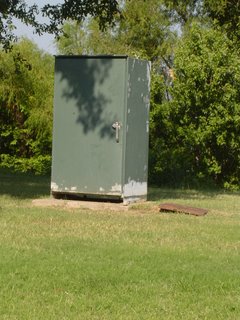 We’ve never visited a city such a penchant for the electrical/mechanical “tombstones” that dot the landscape as Memphis. They mar Tom Lee Park, they clutter up downtown corners and they create a bit of visual pollution that seems ever-present.

Wouldn’t it improve things if they are used in a creative public art project that treats them as canvasses?

Pope Benedict XVI, in a lapse of judgment, quoted a 14th century criticism of Muhammad for “things only evil and inhuman, such as his command to spread by the sword the faith he preached.”

Benedicto, can you say “crusades” and “inquisition?”

It’s always a revelation into someone’s character when they want something so bad they will do anything to get it. We admired Bob Corker’s leadership as Chattanooga mayor, and because of it, his recent foray into the world of fiction for his commercials against Representative Harold Ford are particularly disappointing.

Does he really want to be senator that bad?

While Tennessee Senator Steve Cohen is a shoo-in for U.S. Congress this year, some leading African-American Democrats seem to have regained their math skills, and already, they are working to winnow down the number of candidates for the 2008 election.

Only with another stampede of African-American candidates into the ’08 election does Senator Cohen have a realistic chance of being more than a “one-hit wonder,” in the parlance of the Beltway.

Is it possible for him to put together a record as congressman that could be strong enough that it could get him reelected two years from now without multiple Democratic opponents to split the black vote?

Germantown buys a $184,000 BearCat bullet-deflected armored truck with Homeland Security funds. Not to be outdone, Memphis has now ordered a similar, but larger, vehicle.

In presenting a key to the city to Justin Timberlake on national television, Memphis Mayor Willie W. Herenton was greeted with a chorus of boos reminiscent of his half court rebuke at the FedExForum when he was paying tribute to University of Memphis All-American DeAngelo Williams.

Aren’t those who persist in embarrassing our city in front of national audiences the kind of self-indulgent jackasses that they claim the mayor is?

There’s been filming going on in South Main again lately. It’s always been impressive how many movies are recruited to Memphis by Memphis and Shelby County film commissioner Linn Sitler and her staff, operating on a meager budget and with little fanfare.

Can you imagine what could be done if film production could get the same kind of attention and civic weight behind it that the Music Commission has gotten in recent years?

Memphis City Councilman Dederick Brittenum has proposed that the Memphis tax rate should be reduced as part of a program that eliminates the PILOT program. It’s a provocative idea, and largely unrealistic, but it’s being propelled along by real estate developers whose interests always seem paramount in local policy.

If the Brittenum plan was passed, would City Council be willing to freeze the tax rate at the reduced level until 2013?

Getting in a Pickle and Grasping at Straws

In Memory Of Dr. Walter Walker