Educators make bad prognosticators of the future. There is no shame in that. Politicians, stock-market players, CEOs, and gamblers, people with a lot at stake, routinely fail in their predictive efforts. But when school “reformers” try to reorder education based on “21st-century skills,” or what some describe as “teaching tomorrow’s skills to today’s students,” they show not only lack of prescience, but also ignorance of the past.

History suggests that public schools are abysmal failures at teaching skills needed for the future. Exactly a century ago, public education in the United States and Western Europe was rife with reform movement, much of it predicated on anxiety about national security and business competitiveness.

The language reformers used 100 years ago sounds familiar. “They talked about accountability, about cutting red tape, about organizing coalitions to push educational reform,” writes historian David B. Tyack in The One Best System: A History of American Urban Education. Early 20th-century educators, business leaders, and politicians wanted to replicate a Gilded Age corporate model of decisionmaking and leadership and impose it on public schools.

What skills did those century-old “reformers” seek to inculcate? They stressed “efficiency” (today called “efficacy”), competition and nationalism (today “competing in a global economy”), and following directions (today “respect” and sometimes “collaboration”). Of course, in 1911, Europeans and Americans were only three years away from the great catastrophe of the 20th century, World War I, which enabled an even greater disaster spanning 1939 to 1945. Stressing competitive nationalism and the uncritical acceptance of expert authority, those “20th-century-skills” would have played perfectly to exacerbate both calamities further.

A few people in 1911 better understood where the century was headed, but their ideas had no currency in mainstream education. From Vienna, Sigmund Freud had already shocked Victorian sensibilities by suggesting that human behavior was largely the product of unconscious drives, and that modern life imposed high levels of repression and neurosis. In Switzerland, Albert Einstein had recently won his first university professorship after undercutting the Newtonian physical order and proposing time’s relativity. In South Africa, Mohandas Gandhi had experimented, not altogether successfully, with tactics of nonviolent revolution that would ultimately lead to Indian independence and inspire a generation of civil rights leaders. In Paris, Pablo Picasso pushed the frontiers of painting by pioneering a cubist perspective. All these individuals lived in relative obscurity a century ago. Their thinking proved so subversive that even now they are often not taught well in public schools.

The four iconoclasts saw themselves as rebels. They challenged established orders of respectability, science, law, and taste. They themselves felt like odd men out at school, even though three of them were conventionally good students (Picasso was not). Einstein’s biographer Albrecht Fölsing corrects the misimpression that the physicist did poorly in school, but he quotes Einstein at age 60 recalling distaste for the “mindless and mechanical method of teaching, which, because of my poor memory for words, caused me great difficulties, which it seemed to me pointless to overcome. I would rather let all kinds of punishment descend upon me than to rattle off something by heart.” Perhaps today Einstein would be labeled with a learning disability, but it is still difficult to imagine any of the four enjoying or succeeding dramatically at a school teaching “21st-century skills,” especially since they bear a striking resemblance to early “20th-century skills.”

Of course it would be unfair to indict schools of a century ago, or now, for failing to produce more geniuses on par with these four, although one can always hope. Einstein, Freud, Gandhi, and Picasso were extraordinary, and those truly oriented to the future often feel alienated in their own time. My point in invoking them is to show the disparity between a real visionary and a “reform” agenda justified in the name of future expectations.

The problem, then and now, is that the architects of futurist school reform are too invested in the status quo to tolerate, let alone foster, much subversion, criticism, or free thinking. Perhaps the business and political leadership that worries so much about the future even had a hand in shaping conditions that triggered its own fears. It seems especially puzzling that business leaders inevitably get a privileged place at the table in any discussion of school reform. Tony Wagner grants them this place in his widely invoked book The Global Achievement Gap, and so does the advocacy group Partnership for 21st Century Skills. Wagner, the partnership, and other futurists want to redesign education based on skills defined by “stakeholders” (a play on “stockholders”) from the business world.

We could do much better by asking artists, developmental psychologists, ethicists, environmentalists, and physicists to chime in about what kids need to learn. If the past is any guide, it seems much more likely that those on the margins of power and wealth should have better insights into the future than those who have defined the status quo.

So as not to seem churlish, I should spell out my own agenda: It is to teach my subject matter, history, to the best of my ability. This includes trying to understand and reach a generation of high school students whose intellectual world is increasingly fragmented into sound bites, PowerPoint bullets, text messages, Facebook posts, and “tweets,” and who appear rapidly to be losing the capacity for lengthy reading, synthesis of thought, and critical analysis. My agenda also encompasses linking the past to current events such as climate change, economic and debt crises, and wars on terrorism. I aspire additionally to teach empathy and ethics, qualities that I believe the discipline of history is uniquely capable of developing. And I seek to improve my students’ skill at writing while sharpening their capacity for critical thought.

I do not know if any of this qualifies as “21st century.” It often seems difficult enough; yet it appears far more realistic and hopeful to stick to my subject than to chart a suspect course toward a badly drawn image of the future.

Christopher L. Doyle is the director of global studies at Watkinson School in Hartford, Conn. He also teaches history and contemporary issues and writes frequently about history and education.

Maybe There Needs To Be A Memphis Condom 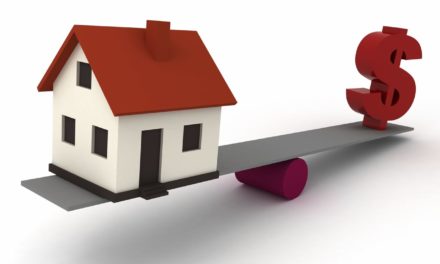