To follow up Thursday’s post about Shelby County Democratic Party Chairman Matt Kuhn’s low aim in trying to improve the local political environment, we forgot to mention another target — the race for the Juvenile Court judgeship held by Kenneth Turner.

In advertisements and television spots by Tennessee Senator Curtis Person, he proudly lays claim to the endorsement of Judge Turner, who has four decades of political power in this community.

The only problem is that the fifth Canon of the Code of Judicial Conduct precisely forbids this kind of activity.

While such things are played pretty loose in Nashville where Senator Person has cut his political teeth, the Canon seems pretty plain to us. It says a judge “shall not…publicly endorse or publicly oppose another candidate for public office.”

We can’t recall a judge in recent history who has ignored the clear ethical directive of the Code of Judicial Conduct, but it might have even more relevant since Senator Person is performing judicial functions in his present role as Juvenile Court referee.

He could still stake out the high ground by removing Judge Turner’s endorsement, but winning the lottery is probably about as likely.

We wrote last week about concerns about the political use of public employees and funds in campaigns, and in this context, the dozens of “referees” who operate in Juvenile Court and in the Divorce Referee’s office deserve clearer guidelines that recognize their judicial roles. Although they act as surrogate judges, they operate in a political nether world where they actively work in campaigns, contribute money and endorse candidates. This is hardly surprising, since these are plum county appointments for plugged-in local lawyers.

But, we digress. Back to Juvenile Court, while Judge Turner deserves accolades and our gratitude for reforming our juvenile justice system decades ago and creating what was considered a national model, over the years, Juvenile Court has seemed to take on some of the trappings of a medieval kingdom.

The Kingdom and the Power

Such is the risk to all who don the black robes, but when you also have the power to make 40 job appointments and manage about 350 non-appointed employees, it is important to fight the tendencies to adopt a sovereign presence in the operations of this important part of Shelby County Government.

With so many at-risk teenagers ending up in Juvenile Court in this community, it’s much more important that the focus be on intervention and inspiration rather than on the judicial kingdom that has built up over 40 years.

Because of his special status as the architect of the current system, no one begrudges Judge Turner this special treatment, but with so much on the line in this city when it comes to our success in improving the odds for the tens of thousands of young people who come in contact with Juvenile Court every year.

In this way, the race for Juvenile Court Judge should be much more about the future than the past. And it should begin by moving away from past political practices that lead to mistakes like a judicial endorsement. 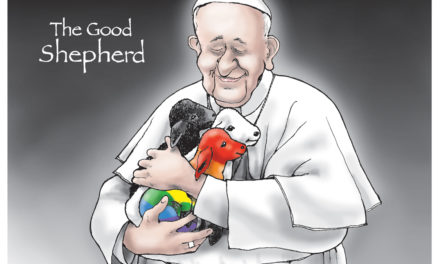