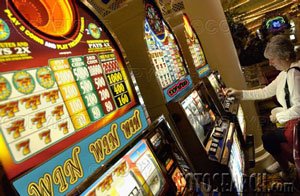 City Councilman Scott McCormick, during the recent questioning about the proposed eight-year, $2.6 million tax break for Harrah’s Entertainment, was quoted by the Memphis Flyer as saying: “They might have $7 billion in revenues each year, but we don’t know what their profits are. I know they comp a lot of steak dinners.”

Well, for the record, its profits were $236 million (in a bad year, by the way), and it remains the second largest company listed in Fortune’s “Hotels, Casinos and Resorts” category, only exceeded by Marriott Hotels, but comfortably ahead of MGM Mirage, Starwood Hotels and Resorts, and Hilton. In the past 10 months, the company’s been on a buying spree, purchasing the largest casino company, Caesar’s Palace, and a Las Vegas casino, Imperial Palace, for more than $9 billion.

While McCormick’s question might sound innocuous enough, it actually points up a familiar question about the present PILOT process: who represents the people? It frequently seems that Council members have these issues dropped on their desks with no background information, with no one to explain the big picture to them and with no one serving their interests alone.

There are those who complain that we don’t criticize the Memphis Regional Chamber for its strong advocacy of tax freezes in these Council meetings. But to us, the criticism seems misplaced. That’s what the Chamber gets paid to do – sell business on locating and expanding in Memphis.

In that process, Chamber officials – who have proven themselves extremely adept in sealing deals – have a number of cards they can play (excuse the Harrah’s pun) but PILOTs are essentially the trump card. So, they have PILOTs to sell to clients, and they do. No mystery there.

The challenge is for the public sector to develop an arsenal of incentives that are balanced, reasonable and fair – not just to the company, but to taxpayers.

What’s missing in the process now are the checks and balances that undergird almost every other part of government. There seems no one in the process, as demonstrated in last week’s City Council hearing, representing the public’s interest and balancing public policy so that tax freezes aren’t used as indiscriminately as they have been in the past and that they make sense within the context of other public services and investments.

That’s why it’s so disheartening that the common sense recommendations of the consultants who issued a thorough, pragmatic report last December continue to languish as business as usual continues.

One of those recommendations is for companies asking for tax freezes to prove that they need the public investment (and that’s what it is) to make their projects work. Council members seem especially confused on this point and rely on generalities from real estate developers and others as the basis for determining if the companies really need the tax freezes.

So, let’s revisit what the consultants wrote in their report: “The current matrix approach (the score sheet now being used to award tax freezes and set their terms) for awarding PILOTs should be abandoned and replaced by a ‘but for’ test or the true economic need of the project.”

In truth, this “but for” test is straightforward. The consultants define it as a private investment that isn’t reasonably expected without the public tax freezes, and it can be proven by a “gap analysis, a competitive cost analysis for competing sites, or a combination of the two,” the report states.

“The current evaluation process is very decentralized and based upon esoteric criteria and lend themselves toward approval of projects which do not necessarily merit a public investment.”

It’s hard to say it any clearer than that.

It’s hard to say it any better than that.

That’s because it puts the emphasis where it belongs – back on the public’s money and the need for it to be invested wisely and in a more targeted way.

“There currently is not a ‘but for’ test established or considered when approving or disapproving specific projects for a PILOT. This, for all practical purposes, means that the city/county or other approving bodies may very well have been giving away tax revenue unnecessarily as opposed to gaining taxes, albeit, a smaller portion than the total,” said the consultants’ report.

That’s why it recommends strongly that companies asking for PILOTs submit this “gap analysis” showing the financial return with and without the public investment, typically in leveraged and unleveraged rates of return.

Previously, we’ve expressed our concern about the pervasive feeling of unworthiness that is found in Memphis, and which is mirrored in public policy like the PILOT program. It embodies the attitude that we aren’t worthy to have new business and business expansions without bribing them. Is it at all possible that unlike the other cities who ask for justification, we come off looking less businesslike and less professional, and a result, we give more than necessary?

Somehow, consideration of tax freezes needs to quit being a poker game. As Harrah’s proves (with its considerable experience in casinos), government almost always folds.

The sad part of the controversy about the Harrah’s tax freeze is that it’s a premier company, and it deserves better than being the poster child for tax freezes. There is a simple way to make sure it doesn’t happen again: add the “but for” provisions to the PILOT program beginning immediately.

If it takes someone paying for the consultants to come back and explain this to City Council so it can be resolved once and for all, we’re willing to chip in.

Thanks To “Looking Ahead” Contributors