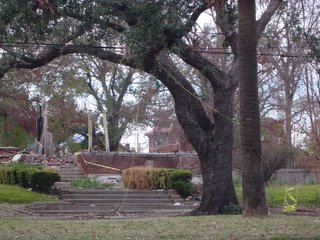 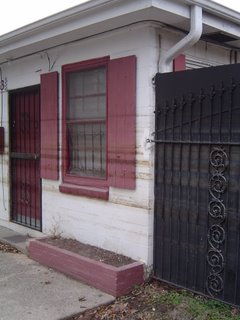 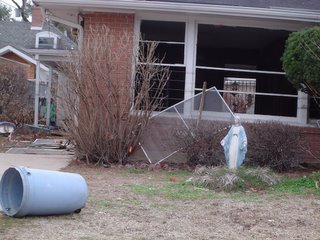 It’s 2 o’clock in the afternoon a few days before Christmas and the line of customers waiting to order po-boys at Domilise’s is winding out the front door.

One of those ramshackle New Orleans po-boy joints that are sprinkled throughout the city’s neighborhoods, Domilise’s serves up a classic oyster sandwich on crusty French bread just as it has done for 75 years. Today, the crowd reflects its normal spectrum — business men in suits, greasy workers from nearby docks, university students, aging hippies and the genteel elderly ladies of the Garden District — all seated tightly in an egalitarian universe of six tables and a bar with eight stools.

Since reopening a few weeks ago, the restaurant, like most others, has been jammed. After 9/11, it was reported that churches in New York filled with people. In New Orleans, people seem to fill its temples, too – the culinary ones. In a city that worships great food, conversations and websites spread news about the latest restaurant openings, not just because so many favorites – from Camellia Grill to Galatoire’s to the Brennan restaurants – remain closed, but each reopening is celebrated as a sign that the city’s survival is possible.

Most talk at the restaurant tables doesn’t deal with Katrina, although the hurricane seems always to be lurking beneath the surface. It’s the holidays and every one seems to be working hard – maybe even a little too hard – to stay upbeat and positive. There’s a forced air of normalcy that belies the destruction that lies only a few minutes away.

In Domilise’s, like most of Uptown, Touro, East Riverside and the Garden District, it is possible to imagine that nothing has changed. These parts of the city are perched on the high ground, and they were spared the massive annihilation found in 70-80 percent of the city. In fact, it’s possible to drive down Magazine Street from Audubon Park to the Vieux Carre and only be reminded occasionally of the devastation that characterizes the rest of New Orleans.

Canal Street is the exception. The city’s most upscale shopping haven, Canal Place, is largely boarded-up after Saks was set ablaze. Stores up and down the street, particularly shoe stores, were looted and boards still cover up their doors and windows. The casino is closed, and Mayor Nagin’s idea of adding casinos to the large convention hotels has thankfully died a quick death. A few hotels are still closed, but most are open and guests wander in and out.

The French Quarter is not deserted, but crowds are light. Cafe du Monde at 9 p.m. has about 25 people, mainly college aged, eating beignets, and traffic is so light that the barricades aren’t even set up on Bourbon Street.

Back up Magazine toward Audubon Park, Uptown is a cocoon. Daily life almost appears unchanged. Traffic is backed up – made even slower than usual on its two lane streets by the frequent stop lights that are still not working – holiday shoppers are crowding into the small shops, and restaurant reservations are needed to be assured that you will have a seat for dinner. There’s bougainvillea and camellia blooming, ironically as a result of the “second spring” caused by the hurricane.

Besides the high ground, the secret to signs of life in Uptown and the French Quarter lies in local shop owners. While Starbucks shops remain closed, neighborhood coffee shops are open. While department stores remain closed, boutiques, furniture stores, art stores and clothing stores in Uptown and the French Quarter are open. It’s a testament to what has always made New Orleans unique – the array of retail businesses owned by its own, frequently quirky, citizens. They are invested in this city. Their businesses are not the products of corporate decisions, but of personal commitment. They have a sense of purpose in getting their businesses reopened, because they understand how much they define life in the U.S.’s only European city.

While there is the facade of a routine returning, such emotion always lies near the surface, frequently touched off by asking how much someone’s life has changed because of Hurricane Katrina. The eyes of a 30-something clerk at a pharmacy near the docks immediately glistens with tears when she is asked “the” question. “We had a nice house, and it’s gone. There’s nothing left. Everything’s gone. If we work hard, maybe we can get another house. Someday.” She says it, but clearly, she doesn’t believe it.

A aging waitress at the venerable Casamento’s – like most restaurants, serving a “Post-Katrina” menu to a constant line of waiting customers – smiles wanly, saying: “I have a tree through my roof, and I can’t get anyone to work on it. But I’m better off than so many. I’m blessed, and I’ll get through this somehow. It could be so much worse. It is for so many people.” It comes out sounding like survivor’s guilt.

On the city’s high ground, the randomness inherent in most natural disasters is present. One house in an entire block will be missing its roof while all of its neighbors are untouched. Here and there, a tree has blown down, but by and large, things aren’t bad.

But most of the city on lower ground know nothing of randomness. The rising waters treated everyone alike, whether they lived in the poverty-drenched. predominantly African-American sections of the Lower 9th Ward or the middle-class homes of the lakefront which are predominantly white. Each of their houses bears its scars from the encounter – watermarks left on the side of their residences showing how far the water rose in each house (see photo above). The water lines on houses and businesses along Carollton are 5-8 feet. These are the lucky ones. In many sections of the city, the water marks are 15 feet.

Hurricane Katrina was August 29. It could have been yesterday, judging by the way that most neighborhoods plundered by the floods look. They are eerily quiet. There are no signs of life, not even a stray dog wandering through the streets. There are no sounds; even the birds seem to be avoiding the area. There is mold in the air and a gray veneer on everything that is reminiscent of volcanic ash. Cars are still where they were tossed, frequently in the median strip of a street where they collided with another car and came to a crumpled stop. Other cars have their windows knocked out by the water or by the countless number of trees felled by the storm.

There are houses are off their foundations, most front doors are open or knocked in – by waters, rescuers or looters. As the water receded, most of the furniture floated to the front door, where corners of couches and chairs block the entrances. Because the salt water killed all vegetation, most yards look like the grass has been scraped off, exposing the ground beneath.

While television reports have focused on the deteriorating houses of the Lower 9th Ward, the same scenes can be found in most of New Orleans. Near Lake Pontchartrain, where the neighborhoods could pass for Parkway Village, block after block – hundreds of them – are empty and dead. Driving for two hours through the neighborhoods, it’s possible to see a few thousand houses. The fact that there are 50 times more houses than this is too much for the mind to even comprehend.

That’s why visiting New Orleans is like visiting a close family member succumbing to disease. He doesn’t look like himself any longer, and his condition is so tragic that it’s hard to understand how the sun can still be shining and the streets are filled with people going on with their lives. That’s the way you feel in New Orleans. The national media have moved on and the national attention span has been met. President Bush had his photo op in early October in front of St. Louis Cathedral, and he’s never returned. These days, he doesn’t even mention New Orleans, because his handlers say it only revives memories of the federal government’s bewildering ineptitude at a time of genuine national disaster.

With as many as three-fourths of New Orleanians now exiled in a diaspora unmatched in the history of the U.S., with the levee still unrepaired and with so much personal tragedy and pain, it’s unnerving to be in New Orleans and turn on the national news. Talking heads report on the topic of the hour, the latest Congressional spending plan and the trial de jour. But there is rarely a mention of New Orleans, and in this city, there is a pervasive feeling that they have been forgotten.

“Most of us are resigned to another flooding next hurricane season,” said a young professional eating lunch at Domilise’s. “No one seems to really care but us. It’s like we remind the rest of the United States of something that was embarrassing and shameful, so no one wants to think about it again. How’s it possible for there to be an international campaign to save Venice, but every one acts like New Orleans isn’t worth a fight?”

Deep in a middle-class neighborhood near the lakefront, in the front yard of a 1950’s brick bungalow that once epitomized the American Dream, a family in a pick-up truck backs a FEMA trailer onto the front yard of a shell that was once their home. (It’s called a trailer, but actually it’s more like a camper – about 300 square feet for the family of four.)

They’re not sure they will ever live in this house again. It’s hard to look at it and imagine that they will, but for Christmas at least, they’ll be “home,” and that’s all that seems to matter. “We were staying with a bunch of other people in trailers,” explains a 47-year-old trucking company employee wearing a shirt that says his name is Dave. “All of a sudden, we knew we just had to be here for Christmas. So that’s eactly what we did. We don’t know where we’ll be by next Christmas, but at least for this one, we’ll be at home.”

Next: Citizen Activism Born From Disaster

The Economic Value Exercise for Art is Futile

Public Transit As A Competitive Advantage

Blaming The Victim, The Latest