County Towns Can Also Give Away County Taxes

Just when you think you’ve heard it all when it comes to tax freezes, you find out there’s always one more way to give away county tax money.

In that parallel universe where $60 million of tax dollars has entered the black hole of business incentives, nothing is stranger than the ability of the smaller towns to give away Shelby County Government’s taxes.

A short article in Saturday’s Commercial Appeal told how Carrier Corporation in Collierville is asking for a PILOT (payment-in-lieu-of-taxes) that will save it $1.8 million a year in “county and town taxes.” What the article didn’t mention is that this PILOT is being weighed and will almost certainly be approved by Collierville’s own Industrial Development Board.

Memphis and Shelby County have a consultant evaluating its PILOT program and a report is expected in the near future. If we’re lucky, the evaluation will also address ways that county government can exert more influence over the towns waiving county taxes. It might also be a good time to review the processes of the towns that can approve the waiver of county taxes, because cooperation with Shelby County on business incentives policy shouldn’t be limited just to Memphis.

It is a strange curiosity, but state law on tax freezes gives every municipality the right to waive not only their own taxes, but county government’s, too. In fact, years ago, Bartlett granted a PILOT for Brother Industries that even waived county taxes for longer than it waived its own.

The most bizarre use of tax freezes has been when towns use them to lure companies out of Memphis. In other words, some of the towns would have us believe that it’s sound public policy to give away taxes when all a company is doing is changing its mailing address within Shelby County.

Politics always surfaces in the cases when the towns give away tax money that’s not theirs, but county government’s. However, if you think the elected county commissioner from the district representing these towns should explain to their officials why this is such poor public policy, it’s not likely.

The Collierville Industrial Development Board is paying Shelby County Board of Commissioner David Lillard to be its attorney. At a time when questions about conflicts of loyalty, if not conflicts of interest, are being raised, the presence of a county commissioner working for a board sends an ominous signal about the possibilities of wiser tax freeze policies.

The Commercial Appeal article neglected to report the length of the tax freeze requested by Carrier Corporation, but its application promises a $144 million expansion creating 155 fulltime jobs and 150 seasonal jobs in exchange for the almost $2 million annual tax break. The newspaper also failed to mention the average pay for these jobs.

And yes, this is the same Carrier Corporation that doubles as a Superfund site. It gained this distinction after releasing trichloroethylene in 1978 when 2,000-5,000 gallons of TCE spilled, and in 1985, when an undetermined amount of TCE leaked from underground pipes. On another occasion, the plant had an unlined lagoon where TCE leaked into the soil.

In the 1978 spill, the Collierville fire department washed TCE into Nonconnah Creek where contaminated soil samples were found eight years later. The 1985 contamination in particular caused some anxious days at the Memphis and Shelby County Health Department. In July, 1986, the chemical was discovered in a town water plant serving about 13,000 people. However, health officials were terrified that the trichloroethylene might contaminate the water supply for Memphis and Shelby County and pollute the acquifer.

In the end, the chemical was contained in the Collierville well, which has been shut down since that time. In a ranking of Superfund sites, the Carrier site is the fifth most serious site in Tennessee. As a result of the cleanup ordered by EPA, Carrier has removed about 18,200 pounds of TCI from the water, and the cleanup is expected to continue for about a decade.

Why does all of this matter? It’s just interesting that some of the property whose taxes will be frozen is contaminated by Carrier Corporation, proving once again just how far government will go to give away taxes. 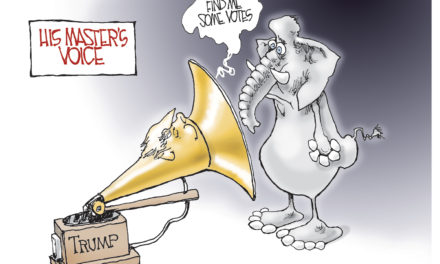