City government has dug a financial hole that an elephant could fall into, and that’s only fitting, because there is an elephant in the room every time the city’s budgetary collapse is discussed.

First, the hole. With this week’s announcement that the deficit for the fiscal year is two and half times larger than announced just two months ago, it’s becoming clearer that before it’s over, the “errors” to which Mayor Herenton referred Tuesday will be about $60 million.

These have to be the most uncomfortable events in the life of the Memphis mayor, who is thinking about gutting the city’s entire financial procedures and starting over. And while it sounds drastic, it is also probably realistic.

It’s hard to believe that it was little more than two years ago, in June, 2003, that City Council adopted a budget without a tax increase after Mayor Herenton said, “I am truly proud of our fiscal accomplishments and want to thank the Director of Finance Joseph Lee and his outstanding staff for the work they do.”

Ten months later, in April, 2004, in presenting his next year’s budget to the Council, the mayor said: “It is a balanced budget that requires no tax increase. And it uses only $2 million of our reserves…More importantly, we are continuing our efforts to upgrade our credit rating thanks to the leadership of Joseph Lee, our exemplary Finance Division Director.”

Two months later, Joseph Lee was nominated as president of Memphis Light Gas & Water Division by Mayor Herenton and approved by City Council on a 7-5 vote.

Within weeks, the city’s finances began unraveling, and just before Christmas, Mayor Herenton notified City Council that Memphis’ budget was off by $28 million. By April, he recommended a 54 cent tax increase, saying, “We do not have a management problem. We have a revenue problem.”

In August, two months after the budget was approved, Keith McGee told the City Council that the budget has been found to be $10.3 million in the red. And this week, we were told that the deficit isn’t $10.3 million; it’s actually $25.8 million.

In making this politically damaging announcement, the mayor told City Council: “There were some accounting errors that were made. Reports were not accurate and they did not conform to accounting standards.”

As a result of this financial crash, Memphis’s budgets are in a shambles and its fund balance, its so-called “rainy day fund,” is effectively gutted.

Worst of all for him, Mayor Herenton finds himself in an untenable political position, largely because he has been forced to violate one of the basic precepts of politics – when you dump crap, dump it all at once.

But those days are now over.

Which brings up the elephant in the room – Joseph Lee.

Mayor Herenton is in an untenable political position. If, as he says, the previous finance team is responsible for the current crisis, does that include Joseph Lee, who he hand-picked to head up Memphis Light, Gas & Water? If it does include Mr. Lee, does that change the mayor’s confidence in him as president of our utility company? If it does change the mayor’s confidence, what does that portend for Mr. Lee and MLG&W?

Whatever your opinion about Joseph Lee’s appointment, it does him a disservice to pretend like the questions don’t exist. There is no more personable guy than Mr. Lee. Rumblings that he is responsible for the city’s financial house of cards must be answered, and they need to be answered with the facts. If he was responsible, it’s out in the open where it won’t fester and it can be dealt with, and if he was not, he needs to have his name cleared. Either way, it is a better situation than exists now.

Only then will there be the accountability that lies at the heart of a well-run government. And only with accountability will the public’s trust rebuilt. So far, Robert Lipscomb, new city chief financial officer, seems determined to root out the problems and report them in detail to the Council (and by extension, to the public). Over the years, in his public service, Mr. Lipscomb has been known for telling it like it is and for his openness, and here’s hoping that he does it in the post mortem of this disaster with a candid, honest airing of what caused the current problems, what specific mistakes were made and who made them.

In addition to determining what went wrong, Mr. Lipscomb and his team will also be trying to cut spending and increase revenues. A review of what other cities are doing around the U.S. gives clues as to what Mr. Lipscomb may be thinking about.

On the expenditure side, the most popular strategies to control expenditures are:

• Across the board cuts

Some cities, rather than look to efficiency studies for answers, have looked to their own employees. Austin, Texas, set up a comprehensive employee cost-cutting program, and its employees submitted more than 4,000 suggestions over two years that produced $10 million in spending cuts and new revenues. Oakland, California, had a shutdown of non-essential services of city government for 12 days, saving more than $2 million.

However, one tendency of local governments caught in a budget vise is to look within for answers. Surprisingly, few cities use their budget crises to be innovative, entering into interlocal agreements with other governments to deliver services more economically, to contract out services or to pursue privatization. Rather, most city governments turn to time-worn answers like the reorganization of its departments and performance measures for pay raises.

On the revenue side of the ledger, things are even more problematic. With no payroll or income tax, city government’s options are largely limited to increasing fees and creating new fees. In other cities, these fees have run the gamut from golf course greens fees to parking meters, to burglar alarm fees to false alarm fees, and solid waste removal fees to sewage fees. In St. Paul, Minnesota, city government produces $6 million in revenue with a right of way maintenance assessment program that includes patching city streets, snow plowing, sidewalk maintenance and tree maintenance. Meanwhile, Las Vegas has taken the unusual approach to charging higher income neighborhoods higher fees than lower income neighborhoods.

Then, Memphis also has not capped out its local sales tax option, which would produce enough money to handle the city’s problems for years, but getting public approval for that is as likely as Dr. Kevorkian being honored at a Focus on the Family banquet.

In a recent survey of city officials, the majority said they would like the option of adopting a new tax source. Of course, to city officials, that’s like supporting motherhood. The predictable problem is overcoming taxpayer opposition, and that would be even more difficult in Memphis. Now, the lack of confidence by voters that Memphis is able to solve this problem dooms such an effort.

That said, it is difficult to comprehend how the current Memphis budget crisis took place without ineptitude on an almost incomprehensible scale. To clear the air and reassure city taxpayers that the problem has been corrected and new safeguards are in place to make sure it doesn’t happen again, city officials need to act fast, because the public’s patience is already frayed.

This time around, short-term, one-time only answers won’t be enough. Neither will quick fixes. From all appearances, this is a structural problem that can only be corrected by structural solutions.

And it has to be done in complete openness and candor, explaining it every step along the way to the public who foots the bill for city government in the first place.

Question Of The Week: What Are Our School District’s Priorities? 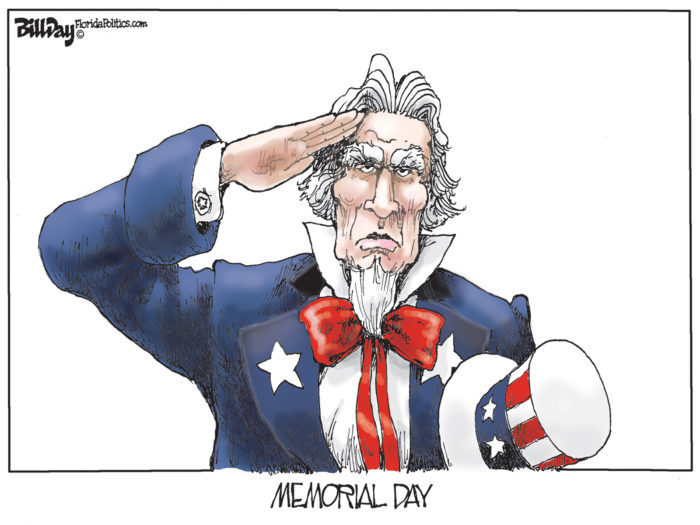