Shelby County Government Sees Green, But It’s Not The Green Of Neighborhood Parks 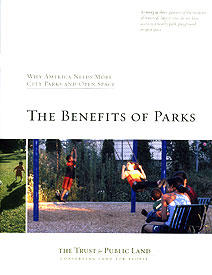 In last Thursday’s blog, “Lack Of A Green Vision Leaves The City’s Reputation Black and Blue,” we were critical of Memphis Mayor Herenton’s plans to sell neighborhood parks at a time when they are needed as pivotal anchors for urban neighborhoods’ health.

In the interest of equal time, we need to acknowledge that Mayor Herenton is not alone. Shelby County Mayor Wharton is right there with him.

Already, Wharton has a neighborhood park, Whitten Park, on the auction block. It’s yet another indication of the pervasive lack of understanding in local government about the role that parks can play in the creation of healthy neighborhoods – not just from the standpoint of residents’ health but in the development of the social bonds that keep an area from a future of disposability.

County officials have adopted the language of their efficiency study, describing parks as a “retail service,” one of this year’s buzzwords adopted by government to indicate services that can be provided by other sources. Of course, it would be more reassuring if the county wasn’t turning 150 years of American history on its head. Parks are a public service precisely because there is no other sector of society willing to pay for them.

If parks are indeed a “retail” service, where are the examples of the corporations and the nonprofit organizations that have stepped forward to buy and develop parks for their communities? There is a reason that some services are public in nature. Parks are a solid example of one.

Which brings us back to the 10-acre patch of green on Whitten Road in eastern Shelby County that the county is trying to sell out from under the neighborhood that uses its lighted ball field, playground and even its tire swing. In its dismantling of traditional network of core services by Shelby County Government in the past couple of years, officials give the appearance of chasing money at the expense of coherent public policy.

This seems the case with Whitten Park, as county officials appear excited about the chance to sell the acreage for about $250,000 to a company developing a parcel next to it. Under the county’s theory of retail services, we can assume that the company is likely to operate the 10 acres as a park. Right.

Fortunately, members of the Shelby County Conservation Board showed more conscience than its advisors from the county division of public works. The board tabled the possible sale of the park until all neighbors and user groups could be notified. While the upcoming weeks will be marked by intense lobbying by the Wharton Administration to convince board members to change their minds, for now, at least, there is some sense of reason in park decisions from the volunteer board members.

The pressing reason for the county’s push to sell Whitten Park –it costs $15,000 annually in maintenance. To put that in perspective, that’s about what county government spends every 20 minutes, 24/7/365. In other words, this neighborhood park, which led some of the neighbors to buy their houses in the area in the first place, isn’t worth 20 minutes of county expenditures. It’s a telling indictment of local priorities.

At a time when county government regularly spends much larger sums on consultants, perhaps a contract could be eked out that hires someone to develop some creative maintenance arrangements – lease it to a neighborhood association, set up a fee structure to pay for maintenance, seek a benevolent corporation to sponsor the park, sell a few acres to create a fund to pay for maintenance, etc.

While the county administration’s focus on budgetary sanity is well-placed in light of its debilitating debt, suggestions like the one to sell Whitten Park give new meaning to the phrase, “penny wise and pound foolish.”

Most of all, it is just one more indication of how badly our community needs a well-reasoned “green strategy” that becomes a major competitive advantage in the future. It’s working in other cities where parkland isn’t see as a retail service, but as a vital service in the competition for new jobs and economic growth, as reported in the white paper of the Trust for Public Land (see photo).

Ironically, just last month, the National Association of Counties – which counts Shelby County among its largest members — released information on of The County Leadership in Conservation Awards. The awards recognize leadership, innovation and excellence in local land conservation and park creation by county leaders across America.

“The American landscape will dramatically change over the next decades and communities cannot neglect today’s conservation challenges,” said TPL president Will Rogers. “Counties are taking charge of their conservation future and continuing recognition of the best efforts to think strategically about how best to grow is an exciting opportunity to highlight conservation models for the rest of America.”

Sadly, back here in Shelby County Government, we can’t even find $15,000 for a neighborhood park.