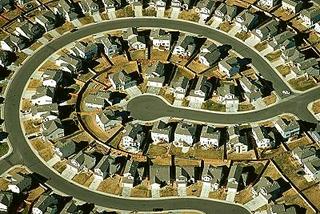 Contrary to some of the overheated rhetoric, the future of Western civilization doesn’t hinge on the Shelby County Board of Commissioners’ vote on a moratorium on development.

In fact, it would have little real impact, except as a political statement. And that’s reason enough for commissioners to pass it.

It’s a largely symbolic vote, because, according to county commissioners, there are five years worth of residential projects already approved or in the pipeline right now. That means that about 20,000 permits and recorded lots have already been grandfathered in and would be exempt from a moratorium.

That means that essentially the moratorium being discussed now wouldn’t have any real traction until A C Wharton and most county commissioners (if reelected and county term limits upheld) would have left office.

The truth of the matter is that the horse is not only out of the barn, the barn itself has been leveled for new development.

Moratoriums are nothing new. They have been imposed in cities across the U.S. for periods from a few days up to a few years. Generally, putting a hold on development requires a legal justification, and these have ranged in other cities from the need to study traffic congestion, find more drinking water and protect water quality, to name only a few.

In Memphis, it makes sense to enact a moratorium that remains in place until completion of the Unified Development Code, which is well under way and should be a model for the nation. The new Code should be finished in about a year, and a 12-month moratorium offers no significant negative impact on the county’s economy.

Diamond describes in his best-seller how civilizations that formerly flourished made choices that doomed them to catastrophe, and many of these bad decisions were tied to the squandering of resources, to ignoring trouble signs that the environment emits and to the cutting down of too many trees. Using his yardstick, it seems obvious that it’s not the moratorium that threatens our small corner of Western culture. It’s the choices in favor of rapid population movement, degradation of the environment and instability of government.

For more than a decade, when Memphis City Council routinely approved any development within the 3-5 mile extraterritorial area outside of the city limits where it had a vote, it never had a sense that it was making a choice. Developers wanted more development, and these areas were outside of the city limits, so there was no perceived cost in giving them what they asked for. Actually, every vote on one of the developments in this area should have been weighed as a choice — to shift public investments to the suburban fringe rather than spend them on strengthening the urban core and protecting the public infrastructure already paid for there.

For more than a decade, when the Shelby County Board of Commissioners voted time after time to approve every development placed on their agendas, they never had a sense that they were making a choice — to fuel sprawl and set in motion their own financial decline, cuts in public services and erosion of their ability to take a leadership role in the community.

Like many of the societies described in Diamond’s book, Shelby County made the choice to ignore the warning signs, always believing that the flow of money was endless, short-term benefits were as good as long-term ones and its political power was unshakeable.

Shelby County chose to see sprawl as “normal” and beyond its control. It called it “growth,” when it was no growth at all, but a massive relocation of current residents. Population growth in Shelby County is a simple equation – births over deaths, not the result of an influx of new residents.

To understand the cost of the choice that was made in favor of sprawl, just do the math: every new single family detached house valued at $175,000 costs Shelby County Government more than $4,000 a year for 20 years in public services, primarily schools and roads. It takes about 6,000 square feet of commercial/industrial development to offset the deficit to Shelby County that is produced by one residential unit. (This assumes of course that the commercial/industrial development is paying taxes in the first place, rather than receiving a tax freeze.)

In the end, the seminal question of Collapse is: How can society best avoid destroying itself? Maybe a moratorium is just one small, almost imperceptible, step in that direction. But at least it’s a step on a journey that Shelby County needs to take.