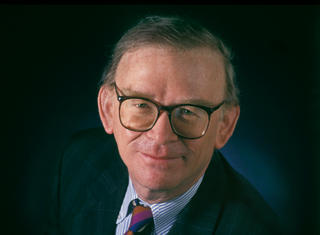 This week’s column by longtime urban commentator Neal Peirce has special meaning for our community, where the amount of taxes waived for businesses approaches $100 million a year.

When tax freezes given by Memphis, Shelby County and the smaller municipalities are added together, our community gives more tax freezes than the other metropolitan areas of Tennesssee combined. The cumulative size of the freezes become even more arguable when city and county governments, while giving up these massive taxes every year, must raise the property tax rate, effectively shifting a disproportionate share of the local tax burden to homeowners.

Call it, if you will, the crack cocaine of state and local governments’ economic development practices — their endless flow of tax breaks and outright gifts to private corporations they either want to land, or figure they have to pay off to stay put.

Today the practice runs so deep, pervading such a huge number of corporate location moves, that officials — even those who privately admit it’s an insane, zero-sum system — keep on forking out the cash, no matter how incredibly costly the addiction. For years Greg LeRoy has been America’s chief whistle blower on the subsidies, which he estimates add up nationally to an eye-popping $50 billion a year. LeRoy’s just-published book, “The Great American Jobs Scam” (Berrett-Koehler) tells the story in full and colorful detail.

There’s the account of how Raytheon, threatening to move defense operations out of Massachusetts in the ‘90s, got the legislature to give it tax breaks of some $21 million annually — and then proceeded to reduce its Bay State payrolls by 4,100 people, or 21 percent, anyway.

In New York a few years ago, Mayor Rudolph Giuliani offered $940 million to keep the New York Stock Exchange and its 1,500 jobs in town — even though many of its member firms had already been subsidized to stay in Manhattan.

The payoffs continue. North Carolina, for example, recently offered Dell, one of the nation’s most successful technology companies, $225 million in tax incentives over 15 years to bring 1,500 jobs into the Piedmont Triad area.

When Los Angeles was hit by aerospace-defense cutbacks and civil disturbances in the early ‘90s, economic development officials on a dozen western states, like sharks sensing blood in the water, mounted aggressive job-piracy efforts to capture L.A. industries with public subsidies.

As for WalMart, the world’s biggest corporation, LeRoy has totalled up more than $1 billion it had received from municipalities in brick-and-mortar subsidies for its stores and warehouses — public giveaways which end up throwing Main Street merchants out of business and feeding the sprawl machine that befouls our air and drives up government costs.

A good chunk of the payoffs to WalMart, Home Depot, Target et al, LeRoy reports, are based on enterprise zone and “tax increment” district financing laws that were originally designed to benefit lagging older cities, but are now turned into subsidy machines to eviscerate historic communities even further.

So what’s to be done? First, says LeRoy, “disclosure-disclosure-disclosure”; when the public is informed, the jobs blackmail diminishes. Then set up “clawback” recapture provisions when a subsidized firm doesn’t fulfill its job-producing promises. And stop all subsidies for retail deals, except in truly-depressed inner-city neighborhoods.

And, let governments, LeRoy proposes, start registering and regulating the site location consultants who make often negotiate the public subsidies. This would stop them from double-dealing (and driving up subsidy costs) by requiring that they take payment from just one party to any transaction.

But the really fresh ground LeRoy plows is a big reminder to us that the scramble for jobs that ignited the subsidy wars will soon be pointless — and simply unaffordable.

With baby-boomers headed toward retirement, we’re likely to face an enormous shortage of skilled workers. From 1980 to 2000, the pool of prime-age (25-to-54-year old) workers increased by 35 million. But from 2000 to 2020, the expansion will be just 3 million. Teachers, nurses, expert workers of all sorts will be in desperately short supply. Huge new efforts (and spending) for workforce development will be critical to stop a slide in the United States’ standard of living.

At the same time, America’s physical plant is suffering from serious disinvestment and deterioration. Traffic congestion is costing our economy $67.5 billion a year; thousands of bridges need replacement; wastewater systems are in bad shape; almost 2,600 dams are now deemed unsafe; transit spending is far below what’s needed to maintain even the inadequate systems we now have. The American Society of Civil Engineers totals the repair bill at $1.6 trillion. Discount that 50 percent and the pending bills are still staggering.

The bottom line, says LeRoy: “We need reinvestment, not disinvestment.” It’s time, he asserts, to take a “fine-tooth comb” to the $50 billion states and cities are now spending for corporate promises of jobs. Any subsidy that doesn’t serve compelling public need by creating more skilled labor, or doesn’t provide a “carrot” for companies to invest in new skills development, should go on a list for likely elimination.

It’s time, LeRoy concludes, for sweeping reform of the subsidy policies and to recognize them for what they are: “wasteful handouts we can no longer afford.”

He’s right: When will we ever learn?