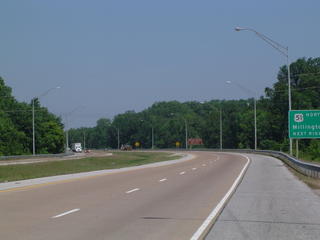 It’s a glimpse of Memphis as it could have been. The spur that connects I-40 to Highway 51 (Thomas Street) is a 1.2 mile green escape from the billboards that dominate Memphis’ expressways.

On the other hand, Bill Morris Parkway (Tennessee 385) doesn’t offer as much nature, but it also doesn’t have a single billboard on it (if you overlook the one erected by Shelby County Government for the Mike Rose Soccer Center), thanks to a state law that was slipped through the Tennessee Legislature, apparently under cover of darkness when billboard lobbyists were asleep.

While the cluttered expressway is bad enough, most of Memphis’ 3,300 billboards are in inner city neighborhoods, not on the expressways. It has been estimated that there are 10 times more billboards in neighborhoods than on interstate highways. Studies in Baltimore showed that three out of four billboards were in minority neighborhoods, and of that number, 75 percent advertised alcohol or tobacco products.

Billboard wars have become commonplace in cities across the U.S., as the three national billboard companies fight with a resolve normally reserved for Wal-Mart. Memphis has had its own skirmishes, but the billboard industry has always emerged victorious, watering down reform language or finding the gray area in every law. The symbol of the sense of invincibility exuded by the industry has been the images of cut trees on public right-of-ways.

A few months ago, it was possible to think that the times are changing. With local ownership largely a thing of the past, for the first time, the political climate seemed to be swinging against the industry. The new zoning law passed in 1999 was intended to eventually reduce the number of billboards in Memphis. Under the law, any inner city billboard that is removed cannot be replaced. (One key City Council member argues that billboards that are blown down or knocked down in “acts of God” should be allowed to be replaced.) The surprising development is that Clear Channel, one of the two major billboard companies, supported the law that would winnow down the number of billboards.

Its competitor, Adworks, took the issue to the Memphis and Shelby County Board of Adjustment, and the members sided with Clear Channel in a vote of 4-2. Only in the arcane world of zoning would victory in the vote actually have been a defeat for its position. That’s because the Board of Adjustment bylaws require five affirmative votes, not just a majority. Adworks position prevailed, and later this month, a City Council committee chaired by Councilman Rickey Peete will consider what to do next. Initial comments by Councilman Peete indicate that his interest in a compromise that would still, over time, reduce the number of billboards.

His leadership could not be more urgent, because in light of the Board of Adjustment’s ruling, we run the risk of billboards springing up like mushrooms all over Memphis.

Neighborhood groups have not been as vocal as expected, which is surprising, especially in light of research in Pittsburgh that showed that property values rose 255 percent when nearby billboards, called “litter on a stick,” were removed. Other cities like San Diego, Houston, Little Rock and Jacksonville have shown that it can be done. Five states have even prohibited billboards on their highways altogether. While billboard supporters say the boards serve the interests of travelers, these states – Vermont, Maine, Hawaii, Alaska and Rhode Island – which depend heavily on tourism – have seen their tourism industry grow after the ban.

Billboard removal can make a difference. Just take the short drive off I-40 toward Millington. 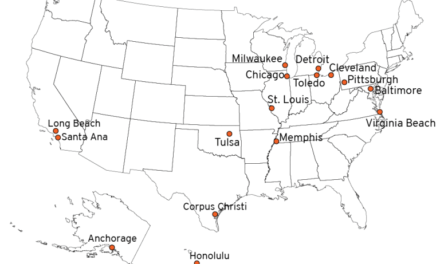