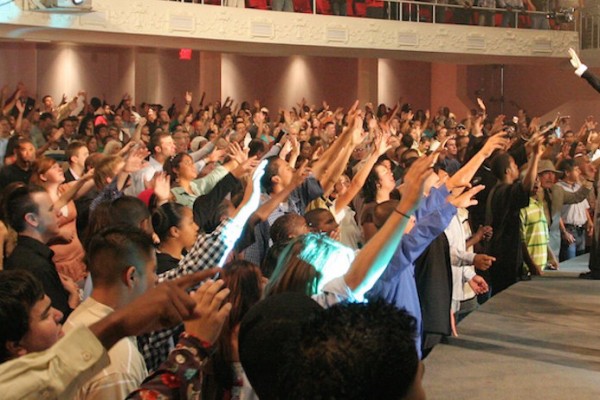 At what point did evangelicals become such poor Christians?

It’s pretty obvious that it was when it became more of a political movement than a religious one.

The seeds of today’s evangelicals were planted by Ronald Reagan, watered by George W. Bush, and flourished with the tender, loving care of Donald Trump.  Along the way, this has taken on the distorted religious narrative that is antithetical to the message of Jesus whose words they use to judge, attack, marginalize, and demonize others.

It has gone from an American religious tradition into our country’s most reviled political movement because it is characterized these days by misogyny, hate, bigotry, and narrow-minded certitude.

Not every evangelical traffics in this brand of “shout you down” politics, but it certainly reflects them as a group.

Pride In Separation of Church and State

For me, this change is no mere abstract.  I was raised Southern Baptist.

Back in those days, ministers delivered sermons heavy on fundamentalism and literal interpretations of the Bible but generally absent of political overtones and partisan advocacy.  There was a current of anti-intellectualism, defensiveness, and victimization that remains today, but these were the days before rock bands made their way into worship services and before so many ministers chased mega-churches cultivated with cults of personality.

There was still plenty of fire and brimstone but it was invested in traditional themes – born again salvation, the individual priesthood of the believer, and individual sins that could result in eternal damnation.

There was pride in the Baptist fight for separation of church and state at the founding of our country.   Roger Williams established the first Baptist church in America, and instead of accepting the authority of Puritan leaders in the Massachusetts Bay Colony over it, he called for government to have no jurisdiction over religion.  Although the powers of his day tried to silence him, his idea of separation of church and state became a core belief for the new U.S. government.

He refused to reject the separation of church and state despite banishment, rejection, and threats, and when he had the opportunity to write his own two-volume governing compact, it hardly had a paragraph that mentioned God.  He believed that to assume God favored any state over another profaned Him.

That kind of philosophy is all but invisible among evangelicals today.  Rather, they are intent on breaking down the walls between what is God’s and what is Caesar’s to the point that their perfect government appears to be a theocracy.

Their advocacy not only ignores America’s past, it ignores the founding of Christianity itself, which grew from the ministry of an itinerate preacher who was arguably a semi-literate, dark-skinned Jew who challenged the power structure of his time, befriended pariahs like prostitutes and tax collectors, criticized rich people, and defined his religion in terms of caring for the poor, the imprisoned, and the immigrant.

And yet, people who could benefit from a different Jesus transformed him into someone who promotes capitalism, exploitation, nationalism, and judgmental attacks on the other.  Along the way, he shape-shifted from a dark-skinned Middle Easterner into a blue-eyed Messiah with Western European features and movie star looks.

Evangelicals yell so loud and divisively, it’s hard to remember that they only amount to about 24% of Americans – roughly the same percentage of Americans who aren’t religiously affiliated. Research even indicates that the disaffiliating is a backlash to the religious right.

It is a characteristic of our time that the most outrageous and judgmental attacks drown out the rest of us who would like to engage in a real discussion about issues.  And worst of all, the news media treats Christians as a monolithic group, often referring to what Christians’ opinions are and then quoting evangelicals, ignoring the fact that mainstream Christian denominations emphasize pluralistic public religious expression.

Evangelicals are anti-science.  The majority isn’t.

Evangelicals don’t accept the results of the 2020 election.  The majority does.

Evangelicals want uncomfortable parts of American history to be excised.  The majority doesn’t.

Evangelicals want to ban some books.  The majority doesn’t.

Evangelicals think they are being persecuted.  The majority disagrees.

Evangelicals want to inject religion into public schools and institutions. The majority doesn’t.

And the list goes on and on where the majority’s opinions are ignored so right wing politicians can ingratiate themselves with the evangelical minority.

These days, it’s rare for evangelicals to even cite a Bible verse as backing for their opinion, except for when LGBT issues come up.  Then, it’s difficult to remember that the (Protestant) Bible has 31,173 verses and 807,361 words while opponents obsess on roughly six verses whose interpretations are arguable at best.  And some evangelically motivated translations of the Bible conveniently use the word, homosexuality, although the word was not coined until the nineteenth century.

All of this points up the zeal in how some evangelical ministers can latch onto a few verses to apply to LGBTQ people while ignoring hundreds of verses that apply to heterosexuals. After all, when’s the last time you heard a sermon against divorce and usury and stoning to death of insolent teenage boys and adulterers or about death sentences for the disabled and the need for women to cover their heads?

Whenever I hear that the Bible teaches that “marriage is about one man and one woman,” I think of Solomon’s 700 wives (not counting his concubines and sex slaves) and the verse advising husbands that when they take a second wife, they make sure to treat her as well as the first.  Slavery is not abhorred, and slaves were told to submit to their masters, and this clearly included sexually.  Even Abraham had a sex slave which he impregnated (she was previously his wife’s slave), and in addition, the Bible says that if at brother dies, you should marry your sister-in-law even if you’re already married.

Verses that appear to have all but vanished are “God is love,” “love thy neighbor as thyself,” “blessed are the peacemakers,” “judge not lest ye be judged,” “do not oppress the foreigner,” and my favorite: “If a man say, I love God, and hateth his brother, he is a liar: for he that loveth not his brother whom he hath seen, how can he love God whom he hath not seen?”

Rev. Dr. William Barber said it well: “There is a circle of Evangelicals for Trump who speak loudly about values they have long tried to associate with scripture.  But that circle pales in comparison to the great cloud of moral witnesses that stretches from Moses and Miriam to Micah and Elijah: from Jesus and the disciples to Fredrick Douglass and Lucretia Mott; from Ella Baker and Martin Luther King to the moral movements for justice and equity in our world today.  These moral witnesses have shown us what it means to push this nation toward a more perfect union.  They have demonstrated what true faith in public life looks like.  In this moment, we must remember and follow them as a coalition of moral witnesses for truth.”

Today, democracy itself is at risk.

If any soul needs to be saved, it is the soul of the Republican Party.

Political discourse is coarse, mean-spirited, hateful, and extreme.  Into the midst of this, some Christian charity and good will are seriously needed.

Just don’t look for it to come from evangelicals. 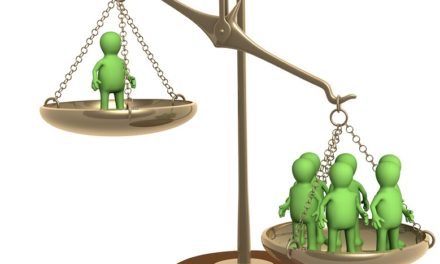