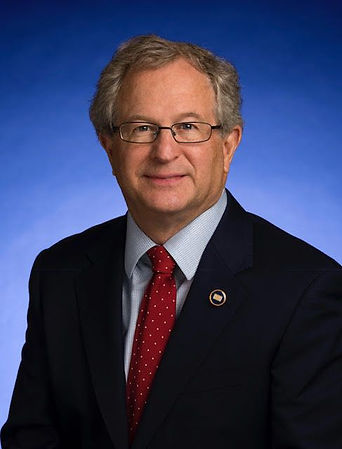 Soon, the White supermajority of the Tennessee Legislature will yet again interfere in a local decision to please White politicians at the expense of a City of Memphis agency.

This time, it’s to satisfy politicians in Germantown who act like the sky will fall if they don’t get control of the three schools in their city that are part of the Memphis Shelby County School District.

The schools remained in MSCSD under the terms of the 2013 federal court settlement reached between the Memphis Shelby County School District and the Town of Germantown. It was in the wake of all suburban towns rushing to leave the consolidated school district that existed for a brief time.

It was a time when Germantown acted like just being in a district with more African American students was more than they could possibly accept.  In Germantown at the time, candidates for office even raised an excuse heard by African Americans for decades: it could affect property values.

Germantown officials have been insistent in their pursuit of the so-called 3G schools: Germantown High School, Germantown Middle School, and Germantown Elementary School.

In negotiations, Germantown has offered to pay about $25-30 million for the buildings.

Suburban towns have demonstrated for decades that although the vast majority of their people drive into Memphis to work, they lack a sense of “we’re all in this together” with the city that drives its economic life.

Germantown politicians said they may need more schools in the future although it is has the oldest population in the county and the percentage of the population under 18 is stagnant.  It is a specious argument.

It is likely that Germantown’s interest is really in the land.  After all, the bill pushed by Germantown in the Tennessee Legislature says the town will have to pay fair market value for the land – but not the buildings.

Germantown is “landlocked.”  It has no areas to annex and its tax base relies too much on homeowners to pay the government’s bill.  Its interest in the prime real estate in the heart of the city would be unsurprising.

The entire affair is interesting for more than just being another instance of state government taking action to appease White politicians in an argument with a majority Black city – Memphis – or its agencies – MSCSD.

It is noteworthy for the fact that the decline of Tennessee Rep. Mark White from a statesman to a pandering, heavy-handed politician is complete.

Proof positive is this bill forcing the three schools to be turned over to Germantown if no negotiated agreement can be reached.

It’s no surprise to find State Senator Brian Kelsey leading the charge on his side of the Capitol.  He’s always game to pitch a law that violates the local self-determination of Memphis city government and its agencies.

If there is a consistent theme to the interference by Mr. Kelsey, it is to make sure Black people do not have the power to control their own futures, because only White people are qualified to make decisions involving Memphis.

Now, he and his political party have moved from might makes right politics to White makes right.

There was a time when Rep. White was different, and not just in comparison to Mr. Kelsey.  There was a time when he was seen as being confident enough in his own logic and opinions that he resisted the lure of divisive red meat issues that drive so much of the Legislature’s petty priorities and persistent culture wars.

Now, without a hint of irony, Mr. White said his Germantown schools legislation is all about local control at the same time he’s blowing it up.

Germantown politicians have conspired to take three schools operated by Shelby County Schools in Germantown and force them to be transferred to Germantown Municipal Schools whether that districts needs them or not.

As a result, there is a bill pending in the Tennessee Legislature that will put a gun to the head of Shelby County Schools and force them to turn over its high school, middle school, and elementary school to the Germantown district.

A bill supported by Senator Brian Kelsey and Rep. Mark White failed 5-4 in committee, but the senator, always given to legislative games playing, added it as an amendment to an unrelated bill, thumbing his nose at the Legislature’s committee system.  It passed 6-3 but there is no corresponding bill in the State House so that matter is pending.

It was typical of Mr. Kelsey, whose ideological posturing often shows a disdain for anything seen as Memphis-related and whose political ambitions know no bounds.  It was less typical of Mr. White who generally is more circumspect, but within the context of the Tennessee Legislature, the bar is awfully low. But driven on by Germantown officials, including Mayor Mike Palazzolo, rather than negotiate in good faith with Shelby County Schools, the legislators took a nuclear approach to an issue best left to the local parties.

But that is not the way with the Republican politicians, particularly when led by Mr. Kelsey.  They would rather interfere and interject themselves into all kinds of local issues in order to have their way and reward their political buddies.

It seems not clear that there is any need by Germantown Municipal Schools for the schools nor is it clear where the students in the Shelby County schools are supposed to be educated since other schools are overcrowded.

Years ago, Germantown turned down an offer to keep the schools in its district by educating the children in them.  Its last offer to buy the schools was $25 million although the cost for Shelby County Schools to replace them would be at least three times that amount.

But this wasn’t ever about the needs of students or even educational planning.  It is just a ham-handed political maneuver for Germantown officials to get their way.    Sen. Raumesh Akbari said that if the schools were taken from Shelby County Schools by force, “the theft started in the Tennessee Senate.”

Mr. Palazzolo told the Legislature that Germantown expects 750 to 1,000 new residential builds for the city.  He failed to mention how many are expected to be families with school age children.  After all, Germantown has the oldest average age of all the cities in Shelby County and is a magnet for senior citizen assisted living centers.

He also offered the vague suggestion that if Germantown had control of the schools, it could partner with a higher education institution, whatever that means, and we’re hard-pressed where the municipal district has executed this great idea at the existing schools in the town’s district.

About the best that Senator Kelsey could come up with to justify the bill on Capitol Hill was that there shouldn’t be a Germantown High School, Germantown Middle School, and Germantown Elementary School named for the city when its own district isn’t running them.

There’s little reason to argue with him about it when the answer is so simple: how about just changing the names of the schools?

This issue has been pending since the Germantown Municipal School district was created about nine years ago without an agreement in place to transfer the three schools. Such was the rush to get out of the countywide consolidated district and away from students in Memphis schools.

It’s also worth remembering that before the Germantown district, all capital and operating costs for schools in the town were paid by Shelby County Government with 70% of the revenues coming from Memphis taxpayers.  In those days, Memphis taxpayers were also funding schools within its own border unlike Germantown, which did contribute any property taxes to schools.

Today, there are 3,400 students in the three Shelby County Schools in Germantown, and more than 70% of them are African American.  It’s hard to discount the racial component isn’t part of this entire issue.

It wasn’t too long ago that the schools were in the old Shelby County Schools district – which operated all schools outside Memphis – and Germantown officials at the time worked with the district to gerrymander the attendance zone to keep the number of Black students from increasing and as a result, their percentage was lower than 30%.

Join me at the Smart City Memphis Facebook page for daily articles, reports, and commentaries relevant to Memphis.