No Downside To MLGW Considering Other Electricity Suppliers Than TVA 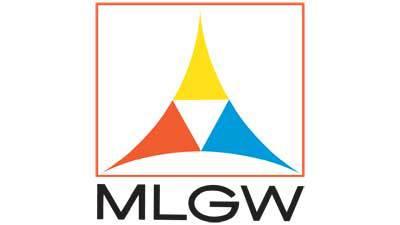 Thumbnail: With the information gained from a request for proposal, Memphis could control its own destiny specific to utility costs and become one of the cleanest, greenest cities in the country.  This blog post was published in the Commercial Appeal earlier this week:

By Pearl Eva Walker and Dr. Stephen A. Smith

After years of consideration and analysis, it has become clear to many that Memphians only stand to benefit from Memphis Light, Gas & Water, MLGW, formally issuing a request for proposals, RFP, for new suppliers of power.

There are virtually no downsides to MLGW issuing this solicitation, while the cost of failing to do so could saddle Memphians with hundreds of millions of dollars in unnecessary costs.

With the information gained from a RFP, Memphis could control its own destiny specific to utility costs and become one of the cleanest, greenest cities in the country.

In the next two weeks, the MLGW Board and Memphis City Council are expected to determine whether or not to issue a request for proposals, with the goal of finding reliable power sources that could cut Memphians’ utility bill, which is now $1 billion per year paid to MLGW’s current supplier, the Tennessee Valley Authority, TVA.

The RFP does not commit Memphis to leaving TVA, but it would equip the city with information so that it can make a fully informed decision about whether or not to stay with TVA.

By voting to issue the RFP, the MLGW Board and City Council would simply be committing to exercising their due diligence to gather the necessary information in order to negotiate and leverage the best deal possible for Memphians.

See the process through to leverage best options
Memphians need affordable, reliable, and clean energy, yet currently suffer under one of the highest energy burdens of any major metro area in the country. In order to help alleviate this burden, MLGW has given careful consideration to lower-cost, yet highly-reliable alternative power supply options over the past few years.

The results of the extensive study found Memphis could obtain highly-reliable energy from new suppliers, while saving Memphians hundreds of millions of dollars annually, creating a market for local clean energy jobs, and attracting billions of dollars of local investment.

Yet to see this process through to its logical conclusion, MLGW must verify the study’s results by issuing an RFP to collect market pricing from bidders on what it would take for MLGW to build, buy, or contract for the resources it needs to provide reliable service to its ratepayers, without remaining a TVA customer.

While MLGW has been shopping around for less expensive energy, TVA has been doubling down on attempting to persuade MLGW, TVA’s largest customer, to lock into a 20-year contract that renews on a rolling basis.

In light of the catastrophic power-outages in Texas, as well as Louisiana, Mississippi, and other Southern states, Memphians are rightly concerned with energy reliability. Unfortunately, TVA has attempted to exploit these concerns with a PR campaign touting its reliability with a goal of keeping MLGW in TVA’s fold.

However, MLGW’s initial analysis shows that alternative suppliers can deliver highly-reliable energy at less cost than TVA, and the only way to accurately determine if a new power supply would be more or less reliable than MLGW’s current service would be to assemble a portfolio based on bids received through the RFP process.

Others are challenging TVA’s monopoly
Another critical factor in MLGW’s decision is the outcome of an ongoing case at the Federal Energy Regulatory Commission, FERC, in which four of TVA’s local power company customers — similar to MLGW — are challenging TVA’s monopoly. They are asking FERC to rule on whether TVA is required to allow access to their transmission lines like every other utility across the country is required to do.

If successful, this could increase the cost savings or reliability of alternate power supplies for MLGW. This pending potential implication is reason enough for MLGW not to sign any new long-term agreement with TVA, and should be a major consideration in Memphis leaders’ decision.
Image: Dr. Stephen A. Smith

Ultimately, as Shelby County Commissioner and President, NAACP Memphis branch, Van Turner Jr., said, “No longer is it the case that people are in smoke-filled back rooms cutting deals. A request for proposals allows our city government to take in bids and allows for those bids to be scored so the government can do what’s best for the taxpayers.

Next steps
The MLGW Board plans took up the issue of the RFP at a specially called meeting on March 31, after which the city council will be able to vote on the RFP contract on April 6.

In order to keep Memphians’ best interests as the top priority, MLGW should be allowed to stay the course charted thus far—guided by thoughtfulness, deliberation, and reason—by issuing the RFP.

Memphis has the power to create a more affordable, equitable, and clean energy future, and getting all the information on the table will help determine the best way to get there. If handled strategically, the outcome will benefit Memphians for generations to come.

Can Aerotropolis Be More Than A Buzzword in Memphis?

New Employee Handbooks on the Way: But is policy the enemy of progress?