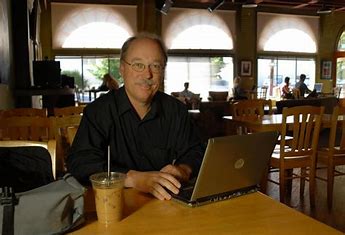 By Joe Cortright at City Observatory:

Whether you live in a city its suburbs, your metro area is the biggest geographic factor in variations in Covid-19 rates

Suburban incidence is lower, but there’s about a six-day difference between the reported rate of Covid-19 cases per capita between a city and its suburbs.

Earlier, we addressed some flames fueled by a recent New York Times article that implied that fear of the Covid-19 virus and possible future pandemics might prompt people to leave cities for the suburbs and rural areas. As we pointed out, that argument is based on the assumption that sprawling suburbs or distant rural areas are systematically less vulnerable to the spread of pandemics. Today, we provide some additional evidence, focusing on a metro-by-metro comparison of city and suburban per capita prevalence rates for the Covid-19 virus.

One of the mantra’s of the metropolitan movement a few years back was whether you lived in a city or a suburb, “we’re all in it together.”  Metropolitan advocates argued that suburbs had a strong self-interest in the (economic) health of their central cities because of the co-dependence between the urban and suburban portions of a metro area.  That’s a theme that deserves an explicit revival in the era of Covid-21—the pandemic doesn’t respect political boundaries within metro areas.

Covid-19 rates in cities and suburbs

There’s a fair amount of data right now that looks, in a highly aggregated way, at the variations in reported cases between central cities and their suburbs, and which attempts to ferret out the relationship between population density and the pandemic’s spread. But in our view, it makes little sense to combine data from all suburbs whether they’re in hard hit New York or Detroit) with data from suburbs in metro areas where the virus is far less prevalent (say Minneapolis or San Antonio).  And the same can be said of central cities.

There’s a good reason for doing this.  Keep in mind that these are contagious diseases after all, and contagion thrives on interaction. Cities are connected both globally (to other cities around the world) and locally, to their own neighborhoods and to surrounding suburbs and countrysides. Once established the primary transmission of the virus is highly localized.  The significant variations in prevalence are not between cities and suburbs within a metropolitan area, but rather among metropolitan areas.

While suburbs have, on average, somewhat lower reported case counts per 100,000 population, most of the variation is explained by what metro you live in, not whether you’re in a city or suburb.  There’s about a 0.9  correlation (the R² is .86) between the city and suburban prevalence rate, and on average, the suburban rate is about 73 percent as high as the urban rate.  Because New York and New Orleans are outliers, we’ve zoomed in on metro areas with fewer than 500 cases per 100,000 (data are for April 14).  In general there’s a strong correlation, which can be seen here.

A note on definitions here:  because Covid-19 data are available nationally only on a county basis, we’ve used counties to define “central” and “suburban.”  In our rubric, the central county (which we’ll call “city”) is the county that is home to the principal (i.e. first-named) city in a metropolitan area).  So, for example, in Minneapolis-St. Paul, we treat Hennepin County, which includes Minneapolis, as the city, and all other counties in the metropolitan area as suburbs. Our analysis includes 48 of the 53 metro areas with one million or more population (i.e. all that have both city and suburban counties).

Many suburbs have rates higher than central cities; on average suburbs are less than a week-behind their center cities in cases per capita

What this means is that it really matters much more whether you live in a metro area with a high incidence of Covid-19 than whether you live in a city or a suburb.  For example, let’s use a cutoff of 100 reported Covid-19 cases per 100,000 (on April 14) as a benchmark.  Suburban counties in about 40 percent of large metros have higher rates of reported cases per capita than in the central cities of the a similar share of large metros. Slightly more than half of all central counties (29 of 53) had rates of reported cases higher than this level.  And 20 of 53 suburban areas rates higher than 100 per 100,000.  This means that central counties in 24 metro areas had lower rates of reported cases than in the suburban counties of 20 other metro areas.

Given the steady spread of the virus, how big is the difference between the city and suburb prevalence?  One way to think about this, given the rapid daily growth in the number of reported cases, is to consider how many days behind the central county suburban counties are in the progression of the pandemic.  In the aggregate for large metro areas the median city rate of about 91 cases per 100,000.  The suburbs of those cities have an average rate of about 67 cases per 100,000.  At an average daily growth rate of about 5.1 percent in cases (which was the average daily rate for the week ending April 14, there was, on average, about an six day difference between the time the central city experienced a given rate of prevalence and its surrounding suburbs equalled that rate of prevalence.

There may be a variety of reasons why cities might have higher rates of reported cases. Cities may have more vulnerable populations, and higher concentrations of people with limited access to medical care. Its been widely noted that there have been severe outbreaks in correctional facilities and nursing homes, which may be disproportionately concentrated in central counties. It’s also worth noting that what region of the country your metro is located in is likely to strongly influence your risk, regardless of whether you live in a city or suburb.  As we’ve noted, reported cases per capita are higher in metros throughout the Northeast Corridor, and in two of these metros—Boston and Providence—there are higher rates of cases per capita in the suburbs than the central city.

Finally, we need to note that some of what’s driving our analysis (and that of others) is different definitions of what constitutes “urban,” “suburban” and “rural” counties.  Some of our friends and colleagues—Bill Bishop at Yonder, Jed Kolko of Indeed. and Bill Frey at the Brookings Institution—come to somewhat different conclusions about the urban/suburban/rural pattern of Covid-19 cases.  We’re taking a close look at all the differing definitions–and their implications–which we’ll address in a future commentary.

This School Fight Is Ours To Win

MCS: Suspending Blue Ribbon For A Day And Political Games For Six Months