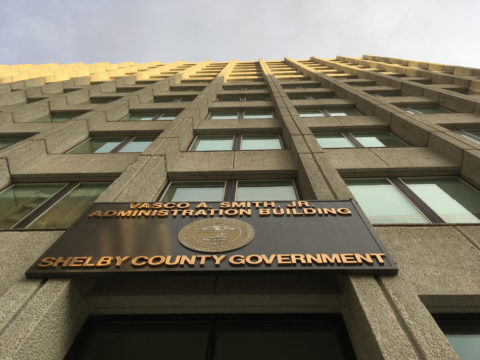 In action recently before approving an ordinance on third and final reading to allow recruitment of sheriff’s deputies and some other county public safety employees from outside Shelby County, the County Commission voted to suspend a rule that would have blocked them from voting on that day.

The rule says that all county ordinances amended on third reading “shall be deferred after the amendments are adopted by the County Commission so that the final version of the ordinance is on file for public viewing prior to final adoption.”

I don’t know for sure since I have not been down to the County Commission for a long time but it may be the first time a commission has suspended this rule since it was put into effect shortly after the Shelby County Charter went into effect on Sept. 1, 1986.

I have never read any other news story about the rule’s being suspended.

The commission was facing no deadline when it voted on the ordinance without a delay on Feb. 24.  A majority of commissioners present just wanted to go ahead and vote on it.

No one with the county’s legal staff spoke against it.

To me it shows that the county’s current commissioners and legal staff don’t have any concern about the public having an opportunity to know what’s in an ordinance before the final vote.

I recall in late 1986 in early 1987, that the county attorney’s office at the time strongly recommended a delay if an amendment or amendments were made after the second reading. No one on the commission at the time or since then has objected apparently until the current group. The rule is a part of the commission’s permanent rules of order.

This marks the second time in the past year that the current group of officials and their legal representatives have chosen to ignore long-standing legal recommendations that had been in effect.

The commission last June 24 approved the county’s property tax rate on final reading. In each of the 39 years before that, commissioners did not take a final vote on the tax rate until after July 1.

A 1981 Chancery Court ruling ordered the commission to comply with a state law that requires the annual tax rate to be “fixed” on the first Monday of July or as soon thereafter as “practicable.”

Presented with information about whether the June 24 vote complied with state law, Marlinee Iverson, county attorney in county Mayor Lee Harris’ administration, said, “The tax rate was not legally fixed until 15 days after the ordinance passed, which is well after July 1.”

All other county attorneys in office after the 1981 court ruling recommended that the final vote not be taken until after July 1.

Have the actions of the current commission and legal staff increased the chances of more County Commission actions being challenged in court?