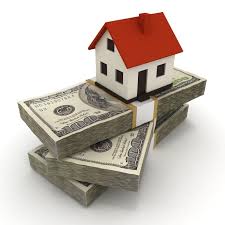 Do elected Memphis and Shelby County officials realize that that the only thing that provides new revenue from the real estate property tax is new construction unless there is an increase in the property tax rate?

And since many, if not most, of the major new projects now underway in Memphis and those that have been completed in recent years are receiving property tax freezes, it will be years before they provide any new property tax revenue for the governments.

In the meantime, where will the revenue come from to pay for expanded government services, such as fire and police, in the areas where those developments occur plus other expanded costs? Should services be cut in other parts of the community so they can be provided in highly developing areas? I suspect that most elected officials would say no to this question.

As a result of the state law on property taxation and once-every- four-years property reappraisals, the mere fact that values have increased on existing properties in a city or county does not mean that the city and county receive increased revenue.

The governments must cut the rates to bring in the same total revenue as the pre-reappraisal rates did. If they need more new money than that provided by new construction in the reappraisal year, they then may increase those lowered rates and declare a tax increase.

Say the 2021 reappraisal shows an overall 10 or 15 percent increase in the values of existing properties in Memphis. Memphis city government will not receive any property tax revenue from this unless the City Council votes for a property tax increase.

Basically, officials have to vote for a property tax increase to get any new revenue from an increase in property values.

Memphis Mayor Jim Strickland and City Council members are talking about a tight budget situation this year. There was no tax increase in the last term. It has been extremely rare if it has occurred at all for either Memphis or Shelby County government to go two terms in a row without a tax increase. Some of the increases have been quite significant.
The property tax is the largest source of revenue for local governments in Tennessee.

Chicago Shows How To Use Grand, New Park To Gain International Attention