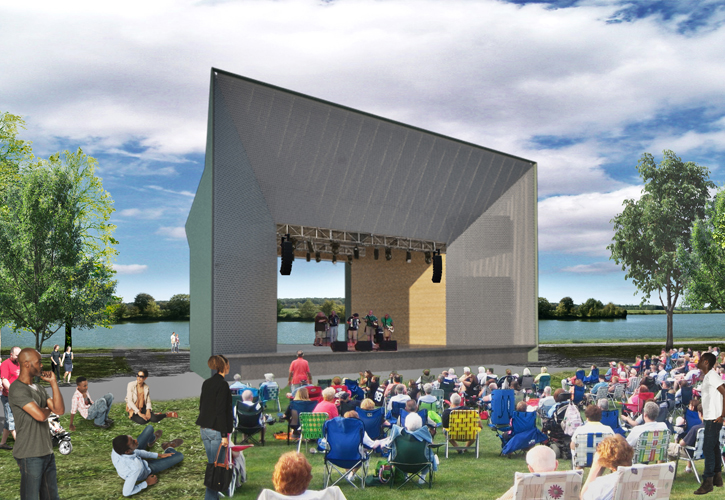 For way too many years, when our community set out to create public places and construct important buildings, the emphasis was on how cheaply it could be done rather than what it would take for them to set national standards.  We enthusiastically tossed around descriptors like “state-of-the-art” and “world-class” every time a project was announced as we deluded ourselves into thinking the adjectives were actually deserved.

Did we really believe that an arena shaped like a pyramid on the riverfront could be “state-of-the-art” for only $39 million?  Did we really think that $90 million in band-aid improvements to Memphis Cook Convention Center would be good enough to make it competitive?  It’s the sort of attitude that plays out in Memphis City Council thinking that turning a park into a parking lot is preferable than spending the money to resolve the problem once and for all.

British Romantic poet and author Samuel Taylor Coleridge said drama was a “willing suspension of disbelief” and based on our ability to suspend our normal reasoning processes when major projects are proposed, we often seem to be a fantasy universe.

Things began to turn around with FedExForum, and it was a revelation to see what a real state-of-the-art arena looked like and to come to grips with our nescience.  Around the same time, we had doubled down on quality with AutoZone Park and although its original financial model was unsustainable, it remains a monument to civic ambition.

The impulse for cheapness is hard to shake, and it erupts from time to time.  Only in Memphis would $43 million Beale Street Landing be considered too expensive.  After all, other cities are spending four to five times to create more vibrant waterfronts.

Four years after AutoZone Park played its first game and one year after FedExForum opened its doors, the same spirit of aiming for the best was stirring at Shelby Farms Park.  It was propelled by the stated ambitions of the Shelby Farms Park Alliance head Laura Wolff Morris and the articulated vision by the Hyde Family Foundations that what took place at the modest local park could be catapulted into a national standard.

Eleven years ago this month, they released the “facts” that were the cornerstones for “creating a great American park.”  Its purpose was to summarize the aspirations, mobilize the community, and set a framework for moving ahead.

Especially instructive – especially considering the Overton Park greensward controversy – was the adherence to a simple priority: it’s about the parkland, stupid.  As part of that process, that priority was incorporated into a conservation easement that set out the uses for the park, but equally important, it set out what was forbidden, including arenas and stadiums, race tracks, zoos, fairgrounds, schools and colleges, additional commercial uses, billboards, transmission lines, residential uses, and dumping.

It’s unquestionable from the work under way at Shelby Farms Park today that the vision has been achieved and exceeded, and in the process, Shelby Farms Park becomes an archetype that reminds us of the value of aiming high and being the best. 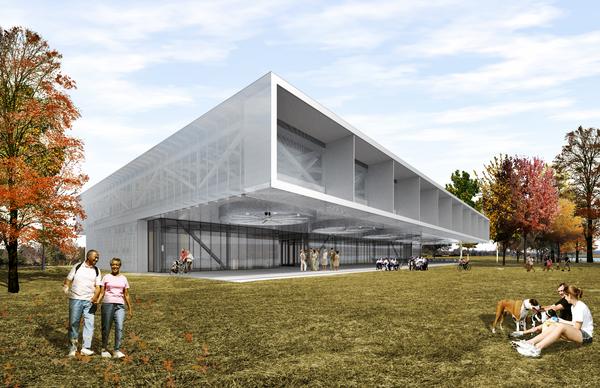 Here’s what was written 11 years ago:

Shelby Farms Park is cherished for its aesthetics and its natural beauty.  But its full potential has only been hinted at.  It has possibilities to be capitalized on that will create not just a great Shelby County park, but a great American park.

Rival communities are already staking out “green strategies” to elevate their national reputation and competitiveness with investments in parkland.  Shelby County already has unrivalled parkland – 4,500 acres in the heart of the community – waiting to be transformed into a powerful competitive advantage.  In taking the park to the next level, we fulfill the mandate of the public that preserved the land for public use in 1973.

Today, we have a new mandate.  It comes from a deeper understanding of the full value of the park.  As a result, the mandate is for green spaces and recreation.  But beyond that, it is a mandate for public health, for economic vitality, for increased property values and stable neighborhoods, for youth development, and for reducing crime.  It is a mandate for allowing the park to achieve its full potential as we build the best community that we can and create unique benefits for our people.

All of this can be done.  All it takes is a compelling vision of a great American park.  The first step is development of a credible, aspirational master plan by nationally recognized experts who can rally the entire community to what Shelby Farms Park can be.  And in achieving it, Shelby County becomes the benchmark for the rest of the U.S as communities look for best practices to replicate.

Fact 2:
Every region is in competition with every other one for economic growth.  A great Shelby Farms Park is a competitive edge in the New Economy, attracting and retaining workers and businesses to Shelby County.

Ideas are only ideas until they are given substance and form in a master plan for a great park that maximizes its role as a focal point for outdoor recreation in Shelby County.

Shelby Farms Park does not suffer from lack of money.  It suffers from lack of vision.  With a visionary plan and leadership, the funding will come.

Governance matters.  That’s because it can deliver more than a public/private partnership for Shelby Farms Park.  It can also deliver the unified vision for a unified park.

Decisions made today about Shelby Farms Park must be made in the names of Shelby Countians a century from now, because we act as stewards for their park.  A credible master plan and an environment protection agreement are the embodiments of this stewardship.

Each of these facts was followed by narratives with data, examples, and background information supporting it.  In retrospect, the scope and the ambitions for Shelby Farms Park were not guaranteed, but in setting out early that the Shelby Farms Park Alliance – later to become the Shelby Farms Park Conservancy – had a grander vision: to create a great park, but to do it to elevate the city itself.  As a result, it drove a stake in the ground that inspired the community and produced the magnificent park to be opened later this year.

Just imagine if its supporters had said a great park could be delivered for less than $70 million, because that would be “good enough” for Memphis and Shelby County.  Instead, they asked what it would take to produce a park with national implications and the community rallied around its vision.

Later this year, the opening of Shelby Farms Park – with its contributions by prominent international park experts – will attract broad national attention.  There will be articles about the environmentally sensitive architecture, the restoration of ecosystems, the expansion of the lake to become the hub for individualized experiences, two restaurants that reflect its eco-principles, and the leadership by Jen Andrews, one of the brightest lights of the millennial generation here and recently appointed as head of the Conservancy.

The park opening this year has been more than 11 years in the making, and while others focus on the major milestones, the big picture, and the accomplishments, we’ll be remembering that it all began with a group of park lovers who refused to set their vision as simply doing whatever they could for the lowest possible cost.

Quality counts.  It’s a world-class lesson almost as important as the park itself. 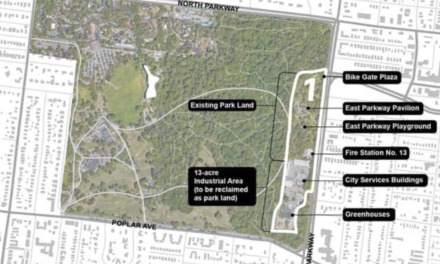