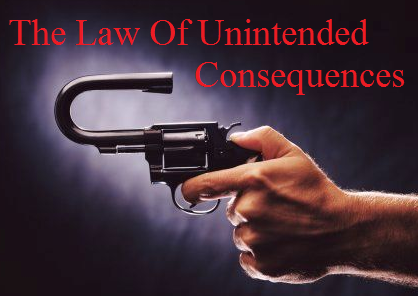 Sometimes, the best revenge is to give people what they’re asking for.

It’s tempting to do that with the deannexation advocates who so passionately want to get out of Memphis.  That’s because if they are successful, their lives get much, much more complicated, and they can thank the anti-urban legislators in the Tennessee General – aided and abetted by Shelby County’s pandering suburban legislators – for making it possible.

But it’s not possible to acquiesce and let the deannexation happen as precipitously as it is now planned because of the fiscal and service delivery chaos that it will create in Memphis.

The deannexation contingent, particularly in South Cordova and Windyke/Southwind, may have been so busy celebrating that they never bothered to read the fine print in the bill pending in Nashville.

Chief among that fine print is the provision allowing Memphis to recoup the city’s share of the general obligation bonds issued for improvements in the neighborhoods means that every household in the deannexed area would be paying its share of those considerable costs – which will be calculated by city government.

Each share of the costs won’t follow the family if it moves.  Rather, it attaches to the house like a lien, making it harder to sell by complicating its marketability and requiring disclosure to potential buyers.  In other words, we hope the residents in the deannexation areas like their houses, because they may well have no option but to stay in them for many years.

But that’s not all.  The bill also says that Memphis can retain commercial and industrial properties in the deannexation areas.  It’s likely a huge headache to deliver services to “donut holes” in neighborhoods, but those properties might actually ask Memphis to keep them since they would have lower fire insurance costs and better protection than the houses in the same area.

That’s because the ISO (Insurance Services Office) fire rating for Memphis is lower than Shelby County Fire Department, and the lower the ISO rating, the lower insurance premiums.  And that’s not even mentioning the lower response times for ambulances.

In other words, if they win, homeowners in the deannexation area will find it harder to sell their houses, they have a higher risk if their houses catch on fire, they will pay more for fire insurance, and they’ll have to wait longer if they have an emergency.

And despite all their machinations, their children will attend the same schools in the Shelby County Schools system and whatever they hoped to save in eliminating City of Memphis taxes will be mitigated in the increase in Shelby County property taxes and the resumption of the county fire fee.

Other than that, how did you like the play, Mrs. Lincoln?

Meanwhile, there is new light at the end of the tunnel right now as a result of amendments made in Senate committee last Thursday.  One changed the bill from targeting five cities, including Memphis, to applying to all 300 Tennessee cities.  Another made it apply to any annexation ever passed in Tennessee since the state was created.  While the latter was likely an oversight, the former appears likely to remain, and if so, it will unleash a formidable campaign of opposition by our state’s cities.

Prior to making its amendments, the Senate State and Local Government heard statements from the mayors of Memphis, Knoxville, and Chattanooga, and they were persuasive, factual, and logical.  In addition, there were statements by two Memphis businessmen whose companies employ thousands of Tennesseans – Pitt Hyde, founder of AutoZone, and David Popwell, president and COO of First Tennessee Bank – and it was particularly encouraging to see Memphis business leaders take a strong public stand on behalf of Memphis.

And You Want Government To Act Like A Business?

Both underscored the risks attached to the state’s economic growth if three of the state’s largest cities have their economic development disrupted.  Mr. Hyde said: “State government taking aim at these specific cities sends the message from state government to the business community that these cities’ own well-being is not guaranteed and supported by their own state government.”

After recounting the projected tax and population losses from deannexation, he said: “It is often said that government should act like a business, but few businesses I know of could weather such a direct attack on its bottom line.”

*  The passage of Chapter 1101 18 years by the Legislature means that for the first time everyone in the unincorporated area outside Memphis has known which annexation area they were in.

*  City of Memphis officials extended sewers because they believed they could rely on state laws.  “Put directly, these areas exist today because Memphis extended sewers to allow for their development, and this never would have been done if city government had known the fiscal rug could be pulled out from under it many years later.”

* Everyone in Shelby County will have a tax increase if deannexation takes place: City of Memphis will increase property taxes to make up for lost revenues needed for pension payments (which happens to be mandated by state government) and more police, and Shelby County will increase the tax rate to pay for the sheriff’s department to provide law enforcement.

Mr. Popwell said that all businesses – whether Fortune 500 companies, startups, or small businesses – want predictability and stability.  “This legislation increases risks for these companies by raising questions about who will provide services, will their taxes increase dramatically, will services like fire protection be up to standards they need from government, what will be response times be for emergency services, and more,” he saids.

“If they perceive turmoil and uncertainty, companies are regularly unwilling to take a risk on unpredictable outcomes.  As we speak, businesses are making decisions about whether to stay in our state or to leave to capitalize on the incentives pledged to them by other states.  Let’s not create the confusion and the concerns that give them a reason to leave…I’m a banker, and because of it, gambling has no appeal for me.  That’s why this bill concerns me the most.  It is a gamble, and the price will be paid by Memphis and its sister cities included in this bill.”

The mayors hit similar notes about instability, financial hardship, and increased taxes.  City of Memphis officials have done a good job of getting everyone on the same talking points about the potential impact of losing 110,00 of its population and up to $80 million in taxes.

Those points appear to have been persuasive, but suggesting that deannexation would increase Memphis’ poverty and unemployment rates wasn’t.  Talking to Tea Party legislators who already see Memphis as a cesspool of poor people and who have done nothing to help fight the problems of poverty in Memphis seemed ineffective, and if all 10 neighborhoods deannexed, it’s possible that the poverty rate and unemployment rate would be largely the same.

We wrote recently about all the issues that have blown up on Mayor Strickland’s desk since he took office, and deannexation can be added to that list.

A year ago, deannexation almost passed in the Tennessee Legislature, so for a year, City of Memphis has known that it would be coming back up in this year’s session.  Unfortunately, the Wharton Administration did nothing to get the facts together and develop its strongest case for why deannexation should not pass.

If we are fortunate enough to dodge the bullet again this year, hopefully, the Strickland Administration will begin the fact-finding and the analysis that is needed to determine if it is in Memphis’ best interest to shrink in size.

The question: If Memphis stepped back its borders, would it have the revenues to operate an effective, resilient government?

The truth is that at this point, no one knows the answer.  We all have opinions, but none of us have the definitive facts to know if it would be beneficial to shed the excess weight of sprawl that increased Memphis’ land area by 55% while only increasing its population 5%.

Long-term, it is plausible that much of what was annexed since the 1970s does not pay for itself when the long-term maintenance obligations of roads, blight, and other ongoing costs are factored in.  Put simply, most sprawl does not pencil out, and that’s why annexation has been called a Ponzi scheme that held out the promise of “growth,” and as a result, hard decisions were sidestepped and city government’s books were balanced by more and more annexation.

Essentially, it is equally plausible that Memphis robbed Peter to pay Paul, and now, there are no more Peters.  To exacerbate the impact of more and more land area, the City of Memphis took one of its greatest assets – the urbanism of the city – and tried to compete with the suburbs by reoriented it to be more car-centric, which added a lot of additional auto infrastructure inside the pre-1970 city boundaries.

It was an era of short-range thinking with long-term consequences, and finally, it’s time to decide which ones were smart and which ones should be wound back.  If this happens, the deannexation controversy might finally have been worth it.

However, that changes nothing regarding the deannexation bill in a legislature with little regard for precedent, promises, or common sense. It was on display once again in the wake of last week’s Senate hearings.  Senate Majority Leader Mark Norris displayed his normal glibness, dishing out bromides about people’s “right to vote” on issues of importance.  Of course he’ll decide which issues are that important.

Pity he doesn’t think Memphians deserve the right to guns in our community, the living wage for our workers, Medicaid expansion for our neighbors, and all the other issues when he and his colleagues change the lives of Memphians without any concern about their right to self-govern.

Mr. Norris – always too clever by half – also criticized Mayor Strickland for listing the city’s many financial burdens.  We’re hard-pressed to imagine what he thinks the mayor should be talking about, but it underscored again how much disdain state politicians have for the facts.

At its heart, the deannexation bill is a vote by the Tennessee Legislature’s to increase taxes for everyone in Shelby County while hypocritically billing themselves as anti-tax. If Mr. Norris is so keen about giving people the opportunity to vote, how about giving every Shelby County – who will see their taxes rise as a result of deannexation – a vote.

After all, few things concern Mr. Norris as much as taxation without representation.