In the recent campaign for mayor of Memphis, Mayor-elect Jim Strickland often said that city government should get back to basics, and there’s nothing more basic than getting city government’s organizational structure right.

As a result, during the current transition, one item on its agenda should be to answer the question of what the optimal organizational structure should be for City of Memphis, one that delivers the best highest-performing services responsively, efficiently, and professionally.

About the time that City of Memphis last modernized its organizational structure to move to a strong mayor form of government, the NBC western about the Cartright family, Bonanza, and Walt Disney’s Wonderful World of Color were suggesting the wonders of color television.

The current structure dates back to 1963, when home rule had been approved for City of Memphis Government.  Going away was the cumbersome mayor and four commissioners structure (which was hailed when it was created in 1909 as genuinely progressive) that formed the executive branch of city government.  In its place was a strong mayor form of government with a single elected executive with control over the daily administration of city services.

A new City Hall was under construction to serve as new home for the improved city government.  The top salary for a patrolman with Memphis Police Department was $440 a month. The first integrated class of police recruits would take place a year later – four of 24 recruits were African American.

Memphis was floating confidently toward what it saw as a bright future, unaware that in only a few years the assassination of Dr. Martin Luther King Jr. would irrevocably change the course of the city’s history.  In fact, the first City Council under the new home rule charter took office in 1968 just a few months before Dr. King’s murder.

We’ve written often about the way that annexations lulled Memphis into a false sense of security as it chased population and revenues but neglected to take stock of the impact on neighborhoods left behind, so we won’t address that subject here.

At the time, city officials needed to design the org chart for the new city government, and to do it, they relied on the traditional bureaucratic structures popular in other cities.  The new strong mayor would have extensive control over the executive branch and would appoint directors and many other appointed officials.

Overseeing operations was the mayor’s most crucial appointment, a chief administrative officer who conceptually would have the experience and the skills to manage city divisions on a day-to-day basis.  Over the years, city government added services – and eliminated a few like the jail, health department, and vehicle inspection station – that increased its complexity and stretched the abilities of a centralized hierarchy to manage effectively more than 7,000 employees.

As a result, the span of control for the chief administrative officer has expanded to the point that it’s difficult for that person – even if aided by assistants – to keep up with all the activities, services, and management issues of city government.

Creating a Team Rather Than a Hierarchy

A few years ago, Memphis Mayor A C Wharton acknowledged the problem when he told City Council that he was thinking about shifting from a hierarchical structure to one based more on a team approach; however, no changes were made.

In setting the course of city government, all three would come together to recommend policies and strategic direction, which broadens input into decision-making and recommendations provided to the mayor.  There are of course other organizational structures that could work as well, and all should be considered to advance the new mayor’s interest in creating a more efficient, accountable city government.

A good place to begin in considering what a better performing structure for City of Memphis would be to revisit the proposed charter for a consolidated city-county government.  Chairman of the Charter Commission Julie Ellis extensively researched the best public management structures in the U.S. and her thinking was reflected in the final document, which regrettably was not approved at referendum.

Installing a Culture of Quality

In addition, Mrs. Ellis had a deep interest in the Malcolm Baldridge National Quality Award as a process that would challenge local government to strive for excellence as a “best in class” level of performance.  It is built on several principles, including an integrated management framework that delivers results; assessment tools that evaluate improvement efforts; feedback reports highlighting organizational strengths and opportunities for improvement; and other improvements incorporated in the Baldridge Criteria.

But the analysis of city government should be about more than just the organizational structure.  It should also consider shuffling departments and reducing the number of divisions to align them more with the strategic direction of the city.  For example, City of Memphis needs a Division of Transportation that brings all the elements of complete streets into a coordinated approach to the future.

It also needs a director seriously committed to development of a green stormwater system.  In response to our question about what Memphis needs to do in this area, Scott Bernstein, co-founder and president of Chicago-based and highly influential Center for Neighborhood Technology, said:

“Both the Blueprint for Prosperity and the Greenprinting plans call for helping prevent flooding by using ‘green infrastructure’ for stormwater management.  The easiest way to visualize why this is important is to think of Memphis as a natural sponge which has been covered up over the years by pavement and neglect of its tree canopy. Rainwater needs to go somewhere and that somewhere is your sewers and the river, but with increasing rainfall, you can’t ‘grow’ the sewer system as fast as the change in the weather.

“But Memphis can step up to the plate and do a local version of what’s working around the country. By re-designing and greening back yards, parkways and curbs, disconnecting downspouts from sewer, re-paving with ‘permeable’ materials that soak rain into the ground, and accelerating tree replanting, Memphis can do more than just comply with the Clean Water Act, it can prevent flooding, reduce risk and insurance premiums, and just as importantly, put hundreds, if not thousands, of people to work doing so.

“Here are two things you can do to get started: 1) Working with cities around the country, we’ve prepared an approach call Rain Ready to help you get started. Just go to and read 10 Actions for Cities and Towns; as always, Memphis is welcome to use these materials, including the pre-formatted factsheets, to help get started.  2) Working with cities up north, we’ve also created a ‘Green Infrastructure Portfolio Standard’  or GIPS to help you set goals for your agencies and to help with reporting progress publicly.

“Like an energy efficiency and renewable energy portfolio, it helps you set both a long-range goal AND helps you budget for annual goals that can be accomplished within your budget.  Our handbook for this can be downloaded from http://www.cnt.org/projects/green-infrastructure-portfolio-standard and was prepared with the help of our two pilot cities, Milwaukee and Grand Rapids, E.P.A., American Rivers and the Great Lakes and St. Lawrence Mayors Cities Initiative.”

In other words, there are critical and important opportunities to improve the bench strength for City of Memphis and to align the organizational structure with its strategic priorities, but key to succeeding is for city government to engage the latest innovative thinking nationally and then hire the smartest person to instill it into city government.

A Renewed Riverfront Park and a New Development Opportunity 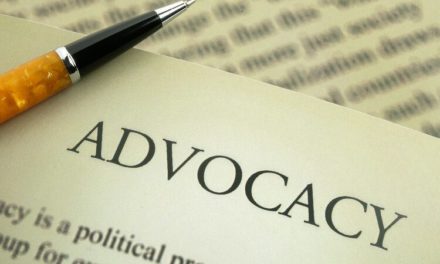