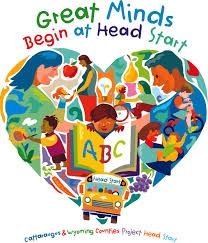 Shelby County Government appears to be on the verge of finding the best possible result for the local Head Start program – a designation that seems likely to lead to a collaboration between Porter-Leath and Shelby County Schools.

According to the same website, its Head Start program had an enrollment of about 1,920 children, and its delegate agencies, Goodwill Homes and Porter Leath, had 100 and 640 children respectively.  Meanwhile, the school system had about 640 children in Pre-K.

The problem, according to Mayor Luttrell, is that the program was still only touching one-third of the children who were qualified to attend Head Start but could not because there was not enough funding to provide sufficient slots.   In fact, Memphis and Shelby County have one of the lowest Head Start participation rates when the number of eligible children is considered.

Surely, by now, no one needs convincing about how important these early childhood programs are.  As we’ve written before, we don’t interpret the defeat of Pre-K for all children as lack of understanding of this fact by Memphis voters.  More to the point, at times, the vote seemed to be about everything but the value of Pre-K, and these unrelated issue sealed its fate.

Unfortunately, the enrollment in Head Start has never increased to the level that is needed here because of lack of funding from county government for more than a decade, and with the budget stresses facing it, it was hard to imagine that county government was going to find the funds now.

In the end, that’s why the Luttrell Administration decided not to apply for Head Start management.  By encouraging both Porter-Leath and Shelby County Schools to apply and then by encouraging them to think about working together after one of them “won” the designation, Shelby County Government is hoping that this different approach will attract new money to the Head Start from the private and philanthropic sectors which are less inclined to contribute to county government (although it’s worth saying that its executive director John Lovelace has provided committed leadership to the program).

Here’s the thing: Of the close to 15,000 children born in Shelby County each year, more than half (56%) are born to families living in poverty. This means that a family of four has an annual income below $22,350. Almost half of our youngest families in poverty are actually living on annual incomes closer to $10,000.

As a result, it’s hard to think of a smarter investment that can be made by this community than in giving every child a fair start in life, regardless of where they live and what their parents earn.  In a sense, shouldn’t part of the American Dream be for every child to have the right to live a life with positive options for the future?

Head Start is an important weapon in the early childhood arsenal.  According to a Vanderbilt University study, Pre-K children experience a 98% greater gain in literacy skills than those who don’t attend, a 145% greater gain in vocabulary, a 109% greater gain in comprehension and gains in early math skills ranging from 33% to 63% higher than a control group.

It’s pointless to look to state government for help.  By and large, there is general resistance to increased funding for younger children, particularly in a legislature where anything endorsed by the administration of President Barack Obama is cause enough for immediate opposition. State government spends about $86 million on Pre-K programs, mostly for low-income children, and it is eligible to add another $64 million in federal money if Governor Haslam and the legislature would agree to put up another $6.4 million in state funds.

Unlike state officials, the Republican county mayor – like most Republican big city mayors – is bound less by political orthodoxy than by an understanding of the importance of getting more children into Head Start and giving them their best odds for the future.  So, in this context, so in the midst of these hard realities of life, Shelby County’s decision not to apply for Head Start management was a well-timed gamble in hopes of getting more kids into Head Start.

A Chance for Expansion

We’re big fans of Porter-Leath, so the interest of this exemplary charitable organization in expanding its reach was good news.  Meanwhile, after some consternation, Shelby County Schools also decided to consider an application for Head Start, and we’re pleased to see that Superintendent Dorsey Hopson sees the value of this program in preparing more children for his system’s classrooms.

Many observers assumed that the Head Start designation would end up as a divisive – and potentially ugly – battle between them.  The bitter name-calling and attacks that accompanied Porter-Leath’s last entreaty for Head Start delegation remain one of the Shelby County Board of Commissioners’ worst moments (and that’s really saying something these days).

As Mayor Luttrell saw it, Shelby County’s intent wasn’t to abandon Head Start but to put the program into the hands of the people who are experts. “Either (Porter-Leath or Shelby County Schools) can do it well,” the mayor said.  “We worked with both so each of them would have strong applications.  Shelby County Government could always have said, ‘we have no dog in this hunt.’ Shelby County was doing a decent job, but we were one of only a few governments in the Head Start business because most of them are run by nonprofits. This is an opportunity to move the needle.”

His prediction is that whether Porter-Leath or Shelby County Schools gets the designation, it will partner with the other to deliver the services in Memphis.  Hopefully, more than anything, this designation will increase the number of young children in Head Start, because if Memphis is really serious about its future and about reducing poverty, every Memphian should care about the future of Head Start and every one of us should do what we can to make sure it touches as many children as it possibly can.

If this plays out as it appears, it will arguably be one of the Luttrell Administration’s proudest moments.