Louis Sullivan famously stated “Form follows function.” One of the main functions of a downtown building should be to be usable to the public. In Seattle, this is done through privately-owned public spaces and architectural nuances. Sometimes this is obvious; but often the best public spaces are in hidden places.

The Seattle Architecture Foundation leads a tour called “Hidden Spaces/Public Places.” This tour opens up the city in new ways that may otherwise go unnoticed. It showcases a variety of privately-owned public spaces, or “POPS” for short, that are connecting buildings with people. A Privately-Owned Public Space includes things such as public restrooms, retail space, and subsidized housing. It also could include a small sitting area or a large plaza, such as the popular Two Union Square (pictured below) where summer concerts are often held.

The tour started at the 580 foot City Centre, a commercial office building that coexists with public use. The impressive postmodern lobby connects with the outside through large windows (urban designers refer to this as porosity). Once inside, the building offers amenities such as magnificent Chihuly glass artwork, comfortable sofas, a shopping mall, and three Starbucks stores.

My favorite, however, are the places that get overlooked. A bench in a well-landscaped area, hidden behind a nondescript building and removed from crowds, can be an ideal place to relax. This experience is made possible by privately-owned public space.

Often, the public use of private space is created through monetary incentives and bonuses. The tallest building in Seattle, the Columbia Center, was originally zoned for fifty stories; but it eventually reached seventy-six stories. Sitting on a slope, the building provides street accessed retail on the first three floors, a loophole responsible for the bonus height. Fortunately, the seventy-sixth floor is an observation tower, so everyone can enjoy the view.

Generous bonuses from the city in exchange for public amenities, however, prompted some action from critics. In 1989, shortly after the Columbia Center was built, Citizen’s Alternative Plan was initiated which put growth limits on Seattle’s skyscrapers. Today, it is more common that land-use planning will require public amenities with new development, without the bonus. Still, a strong partnership between the city and private developers is an effective tool for creating more inclusive places.

The incorporation of private ownership with public goods is an important aspect of urban planning. When public parks aren’t enough, private developers should be incentivized to include small pockets of public places. The only challenge is you may have to search to find your favorite spot. Are there enough public spaces in your downtown? 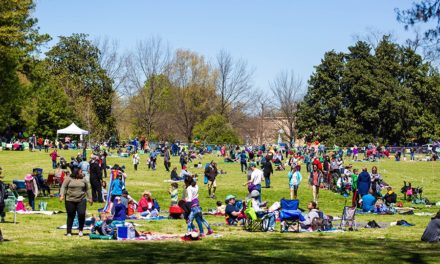