Myths about Schools in the Municipalities 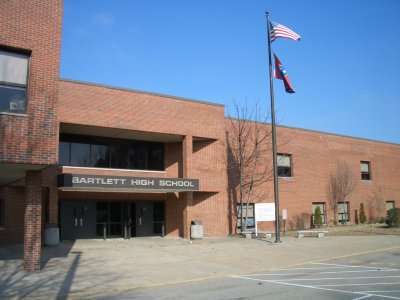 We’ve been writing about myths lately, and it’s impossible to keep up all the ones that have been advanced as part of the rush to judgment in support of municipal school districts.

More than anything, the municipal school districts pursuit has been driven by fear, fictions, and suburban politics (with a strong dose of anti-Memphis venom) more than a passion for better student classroom performance or a plan to move these schools to a level where they perform at levels more commensurate with other schools where students have similar socio-economic profiles.

What’s really unseemly about the municipal schools movement is the way that suburban legislators are willing to tilt the scales away from fairness and compromise with legislation that injects state government into affairs that should be decided locally.

The latest threat came from a reliable source of these fictions, Tennessee Republican Representative Ron Lollar of Bartlett, who once again repeated a popular myth among suburban politicians: that the new Shelby County School District should just give the suburban municipalities the schools within their borders because Memphis never had to pay for schools in an annexation.

He said in The Commercial Appeal: “I agree with the (suburban) mayors totally.  We should not have to pay for the buildings twice.  When Memphis annexed areas where county schools were located, they never paid anything for the buildings.”

First and foremost, he doesn’t know what he’s talking about.

There were torturous negotiations between Shelby County Government and Memphis City Schools when Memphis annexed areas with county schools in them and county government received financial considerations as a result in the way of waivers of ADA (Average Daily Attendance) funding requirements, with offsetting financial credits, or through joint design of other schools by city and county school districts.

And secondly, taxpayers in these towns wouldn’t be paying twice for the cost of the buildings.

They didn’t pay for them the first time, because the majority of the schools’ costs were paid by Memphians.  As we have previously said, the fairest thing to do with these schools is for the new county school district to discount them by the percentage of the total property taxes produced by that specific city and then send them a bill for the balance.

For example, if Bartlett pays 10% of the total Shelby County property taxes (which was the source of funding that paid for these schools to be built), the cost of the schools in Bartlett should be discounted by 10% and the municipality should pay 90% of the sales price because that’s how much of the schools’ costs were paid for by taxpayers other than those who live in Bartlett.  (Memphians paid significantly more than half of the costs of these schools.)

This same myth has been repeated often by suburban legislators, including mayors, state senators, state representatives, school board members, and county commissioners.  As City Councilman Shea Flinn tweeted when it was repeated by county commissioners in early 2012: the statement that the schools were given to Memphis by Shelby County Government “is false.  It was done by agreement and other consideration was given.”  “It’s how you understand a contract – consideration is more than just cash,” he added later.

Where it became problematic was when a county school was built.  If a county school cost $10 million and 30 percent of the students were in the county district, Shelby County Government was required by the ADA law to give Memphis City Schools roughly $25 million, a proportional share of 70 percent because 70 percent of the students were in that district – and all students had to be treated the same.

It may not sound like cash to some people, but if someone forgives the debt you owe them, it sure feels like money in your pocket to us.  Because Memphis City Schools waived the ADA requirements, it saved county government millions of dollars – which was the same as cash to the debt-strapped government.

The Commercial Appeal explained it this way:

“Memphis ultimately agreed to allow Shelby County a $12 million waiver on ADA funds as “credit” for Memphis taking schools in annexations from the late 60s and early 70s. (Note: We remember similar considerations much later, and Mr. Lollar was a member of the county mayor’s staff during some of those years.)  To Memphis at the time, $12 million spent on suburban school capital improvements meant, because of the then $5.7-to-$1 ADA split, it stood to see $68.4 million flow into its coffers from county government. That $68.4 million equates to $229 million in purchasing power in the 2010 economy, and the website MeasuringWorth.com calculates that $68.4 million in projects in the 1978 economy equates to $433 million in projects in the 2010 economy.

“For the suburban school system, the $12 million credit –  equivalent to $76 million in projects today  —  allowed for construction or renovation of some of the very buildings municipalities want to receive for free. A Jan. 27, 1978, article from longtime Commercial Appeal education reporter Jimmie Covington points out: ‘For several years, the county has not had to share school construction funds with the city because of credits received from the city system for county schools which were annexed. However, about $4 million in county school building projects approved for this year have about exhausted the credits.’ In an April 28, 1978, article, Covington wrote that ‘the city system has paid the county for annexed schools by waiving’ the ADA share.”

“It was never a straight policy that they give the schools, ever,” Mercuro said. “The county always got something out of it, one way or the other.”

Former deputy director of the Division of Planning and Development for Memphis and Shelby County, Louise Mercuro, said:  “”It was never a straight policy that they give the schools, ever. The county always got something out of it, one way or the other.”

Another ironic twist in the current debate is that political opinion depends on whose ox is being gored.  In those days, when schools were annexed into the City of Memphis, it was suburban politicians who opposed the gift of the schools to Memphis and demanded that Shelby County Government get some financial consideration for them.

The Fictions That Gave Birth to Municipal School Districts