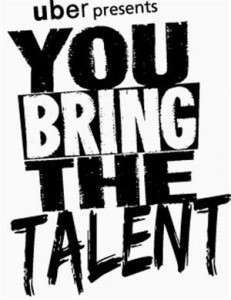 Poor, unsophisticated, and living on the margins, they created music that carved out a mythic reputation for Memphis around the world.

Their heirs today are by their nature also outsiders, and perhaps, this is the fundamental fact of life that is hardest to grasp in Memphis’ quest to channel past music glories which defy top-down business plans. If this isn’t challenge enough, doing it in the midst of a music industry whose old business models are in meltdown gives our city special opportunities.

Talent Is The Name Of The Game

Memphis’ music heritage reminds us that there is no substitute for talent, and our city must be a magnet for it, as it was with B.B. King and other bluesmen who escaped to Memphis from Delta plantations, from small Northern Alabama towns like W. C. Handy, from fading Arkansas towns like Johnny Cash, and from Mississippi, like Elvis, looking for a better life promised by public housing. They also walked out of Memphis neighborhoods like Messick and South Memphis, where their music trumped segregation.

The fact that so many of them were drawn by the siren’s call of Beale Street only contributed to their lack of acceptance in mainstream Memphis. The street was a parallel universe, an island where African-American culture flourished in a sea of Southern sensibilities. As a result, every one there was an outsider, and there wasn’t any real interest in what took place anywhere else in Memphis.

There was always action on Beale Street, where art reigned supreme – whether it was the art of music or the art of the hustle. It was the Promised Land and a cauldron of creativity where musicians were isolated from influences that could have stunted the originality of their music.

Freed from any expectations or control by mainstream society, they were free to follow their hearts and lay down the sounds, and just as important, the ethos, that would make Memphis famous. There was an urgency and a timelessness to life on Beale, and it came to define the music.

It’s tempting now to write a revisionist history that says that Memphis recognized the genius in its midst, but that was not the case. Looking back, it’s almost comical how little thought these men and women were given in the daily life of the city, and certainly no one would have suggested that their names would become synonymous with Memphis’ and in the process define Memphis as the embodiment of “hip.”

It’s a tale so durable and remarkable that decades later, it paints the picture of Memphis as a “musical mausoleum,” in the words of the Memphis Talent Magnet Report, which concluded six years ago that the vibrancy of the current music scene should be one of Memphis’ most persuasive selling points with the coveted demographic of young, educated workers that are the Gold Standard for the new economy.

Fortunately, music has a higher profile now. That’s why the fits and starts – not to mention the limited success – of the Music Commission and Music Foundation over the years are so disheartening.

Memphis has the talent. What it doesn’t have is time.

More and more today, economic development is about talent strategies – how to attract it, how to retain it, and how to unleash it. That’s particularly true with music.

So, what does the history of Memphis music shout out over the decades that is relevant to us today?

• Memphis’ music came from its success as a magnet for talent

• Memphis’ distinctiveness was midwife to this burst of creativity

• The creativity was rooted in the values of a new generation

• The revolution resulted from a historic fusion of creativity and technology

No Rules Are The New Rules

These are themes for all of Memphis’ economic growth plans. They show that Memphis transformed popular culture by connecting its music to the marketplace with new technology, and it can do so again. In fact, in a music industry with no rules, the absence of a traditional business infrastructure could actually be a competitive advantage.

Nashville’s music industry is more than 10 times larger than Memphis’, but it’s heavily invested in systems of old business models, and as a result, its impulse is to preserve legacy systems that are irrelevant in a digital world. It’s a corporate town, seeing retailers as the customers, rather than the music lovers who are turning the industry upside down by integrating technology into their lifestyles.

The change is Biblical, and when it ends, the first shall indeed be last. Record companies, long at the top of the food chain, will be replaced by artists. In a city with little infrastructure and a wealth of talent, it’s hard to find better news, because we are witnessing the end and the beginning of the music industry. 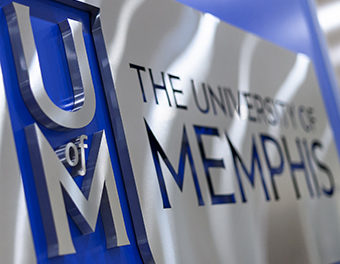