Budgets and Buses for City government

City of Memphis budget deliberations have become déjà vu all over again.

Because of declining revenues and climbing public safety costs, the tug-of-war more and more becomes an exercise in accounting rather than a discussion about what Memphis should be and what it takes to get there.  Because of it, budget deliberations are politics at its simplest: it’s about whom can put together seven votes for a particular idea of what the city tax rate should be.

Missing is any serious conversation about what kind of Memphis each tax rate will create.

City government budgets are made even more difficult because fire and police services are routinely excluded from the debate on budget cuts, although their spending is about $10 million more than all the money from property taxes and sales taxes.  While no savvy elected official wants to be accused of being soft on crime, comparisons with similar cities show that Memphis has more personnel and stations.

While public safety budgets increased five percent over two years, the budgets for all other city services dropped by seven per cent.  As a result, providing regular maintenance to parks, libraries, and facilities, much less responding to a crisis, becomes more and more about robbing Peter to pay Paul.

It’s no wonder that city officials, pressured by the public to keep taxes low while at the same time calling for better services, have little incentive to use budget hearings to discuss what Memphis should be.  By necessity, the hearings tend toward crisis management and about doing enough to keep from eliminating city services but without investing enough them to excel.

It’s a truism about successful cities that they do many things right at the same time, but generally the public more than anything just want the basics done right.  That’s why the poor maintenance of parks – ranked 31st out of 40 cities – the declining fortunes of city libraries – the Cossitt  Branch is a high-visibility downtown embarrassment – and city facilities like community centers are located in the wrong places because of population movement contribute to skeptical pushback by many when City of Memphis announces ambitious economic development and quality of life projects.

Inevitably, at some point in the budget cycle, supporters of better public transit will call for more funding and greater emphasis on Memphis Area Transit Authority.  The volume is likely to increase with the release of MATA’s Short-range Transit Plan with recommendations to upgrade the current system and improve service.

It’s hard to imagine that it won’t take more money, particularly after MATA has been unable to identify a funding source or get the money that it needs from City of Memphis.  MATA has limped by with poor quality service and treated as a low priority for city government, and with a cut of $1 million in its budget, it is probable that the short-range plan will raise expectations but without any additional money to back it up.

Bethany Whitaker, Nelson/Nygaard project manager for the short-range transit plan, said the short-range plan is “cost neutral, but with the budget cut, we have less than when we started.”

“We are confident in the recommendations.  They can make things better, inspire people, and encourage people to take them on.”

The plan calls for changes with the way services and routes are organized, standards and guidelines, priorities for large employment sites, and in monitoring for the board and staff to measure how things are going.  Whitaker said that over the years, MATA had responded to incremental challenges but not a comprehensive look.

“We stepped back,” she said, “and took a systematic approach to where things are working and where there are opportunities.  MATA has ended up with a very complicated system, but it didn’t have to end up that way.  We have straightened out a lot of routes.

“MATA has worked hard but it’s not made the hard choices.  The plan has hard choices in making things clearer, simpler, and straightforward.  Some people won’t be happy, but it’s better off overall.  There are a few things that make Memphis challenging – pockets of low-income housing not well-connected, like Northhaven, an island with no jobs and no grocery and it expensive for MATA to run a bus there but they need a bus.

“There are great things about Memphis.  There is so much potential.  It’s not that much out of reach.  It’s so close.”

Armed with those higher expectations and a plan for better service, signs point to Memphis Mayor A C Wharton responding with a national search for a new MATA president/general manager who, like most city government managers, can do more with less. 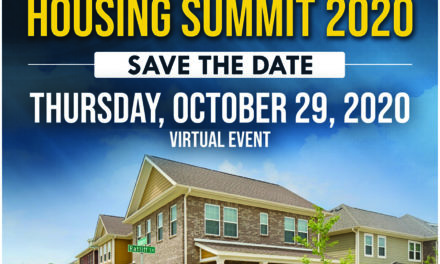