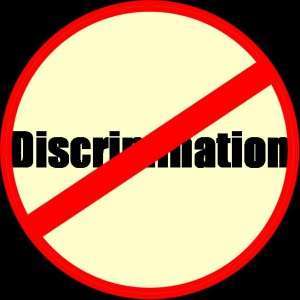 Memphis, through its elected City Council, has an opportunity Tuesday to demonstrate our maturity as a city.

It is an opportunity to prove that Memphis is a fair and just city.

It is an opportunity to demonstrate that we are welcoming community.

It is an opportunity to affirm that if we can agree on any single principle, it is that everyone should be treated with respect and equity.

It is an opportunity to validate that all of the talk here about talent and tolerance was not just rhetoric and that we get the importance of sending the message to young professionals across the country that this is not your grandfather’s Memphis.

All of this and more hinges on the vote by the Memphis City Council on third reading that prevents discrimination because of sexual orientation and gender identify.  That anyone could oppose such a basic principle for a productive workplace and for a productive city is baffling.  That any member of City Council would vote his own religious beliefs or on the notion that this is about lifestyles rather on what is in the best interest of every city employee is mind-numbing.

Surely, when every elected official in our community takes the oath of office, it is uppermost in their minds that they have the obligation to treat every citizen with equanimity, respect, and dignity.  That anyone would subsequently decide that certain people are exempt from such fair play because of their sexual identity is egregious.

There is always the temptation by some to play to the most strident and narrow-minded among us, but we are confident that a majority of Memphis City Council will act on the most basic motivations of all: to do something because it’s simply the right thing to do.

If that’s not enough, there’s always the Golden Rule and the example of companies like the largest employer in Tennessee, our very own FedEx, which has already incorporated this kind of language into its policies to send the message that it values every person and judges each of their performance in the workplace rather than any factors about their personal lives.

If Memphis wants to model policies after a company, why not emulate the policies of one of the top 10 most respected corporations in the world?

Here’s what the FedEx policy from its Code of Business and Ethics says:

“We hire, evaluate, and promote employees, and engage contractors, based on their skills and performance.  With this in mind, we expect everyone to treat others with dignity and respect and will not tolerate certain behaviors.  Unacceptable behaviors include harassment, violence, intimidation, and discrimination of any kind including race, color, religion, national origin, gender, sexual orientation, gender identify, age, disability, veteran status, and marital status.”

To make sure there is no misunderstanding, the code includes this Q and A:

Q: My co-workers make jokes about my sexual orientation.  Should I just ignore it?  A: No, FedEx will not tolerate this behavior.  You should promptly report it to your manager or to your company’s human resources department or use the complaint processes…

So, why does FedEx have such a policy?   Its spokesperson said: “It’s important, if you have employees of all types, they must feel that the company cares for them and about them.”

The memo to employees said: “At FedEx, we make an on-going effort to celebrate the unique nature of each person while recognizing the things we all share. We put diversity to work, in each of our companies and across the world, to help FedEx stand out as a corporate leader.”

In other words, one of the leading companies in the world – and the one that gives us bragging rights in the global economy – developed this policy because it recognized that every employee deserves to be treated equally and fairly, and it’s pretty hard to understand why City of Memphis should not do the same thing.

In recent years, Memphis City Council has transformed its reputation with a number of courageous votes.  The City Council was close to approving this policy in 2010 but at the last minute, withdrew it.  Unfortunately, Memphis lost its chance to be the first city in Tennessee to pass such an ordinance, and when it passes Tuesday, we will have joined Nashville and Knoxville (which earlier this year approved it unanimously).

We are confident that a majority of Council members will vote Tuesday to do more than just pass an ordinance.  In truth, it will be sending a message to the rest of the country about the New Memphis, the one where fair play and equal treatment are basic rights for every person.

As Richard Florida, the guru of the creative class, wrote in June: “Tolerance – and openness to diversity and inclusiveness – is not an afterthought or something that happens when communities get rich. It is a key element of the new economic development equation.”

In Tolerance as a Competitive Advantage for Our Economy, he wrote:  “Openness to gays and lesbians similarly reflects an ecosystem that is open to new people and new ideas. It’s amazing how consistently people have misconstrued what my colleagues and I have had to say about the connection between gays and economic growth. They miss the point. A strong and vibrant gay community is a solid leading indicator of a place that is open to many different kinds of people.

“Ronald Inglehart, who has studied the relationship between culture and economic growth for some four decades, has noted that the lack of societal acceptance of gays is the most significant remaining bastion of intolerance and discrimination around the world.  Accordingly, communities that have long been more accepting and open to gay people have an underlying ecosystem which is also more likely to be accepting of new ideas and different types of people, including the eggheads and eccentrics who invent new things and start new enterprises. As Bill Bishop put it, ‘where gay households abound, geeks follow.’”

In this way, gays are essentially the canaries in the coal mine when it comes to accepting environments. It’s been said that cities with significant gay populations are more successful, but it’s not just because gays have been key to neighborhood revitalization, development of the cultural and arts scene, and sparks for a city’s vibrancy.  More to the point, if a city is welcoming to the LGBT community, it is prima facie evidence that it is diverse and welcoming to everyone, and it is the presence of this level of tolerance and acceptance of others that is a magnet for talented young people looking for places where they can live the life they want to live.

As Mr. Florida says, tolerance is now more than simple decency. Today, it’s a competitive necessity, the reflection of a community that is open and inclusive at a time when these qualities are vital if we are to compete for the kinds of jobs that matter most in a knowledge-based economy.

All of this is why Memphis City Council is doing more than voting on a city workplace policy Tuesday.  More to the point, it’s voting on what kind of city Memphis aspires to be.

The Faith-Based Context: Loving The Law Or Living The Love?