A little over a year ago, we wrote this post:

“We’re thinking that Family Dollar Store may have gotten its name because that’s how much it spends to erect its flimsy buildings. At a time when city and county officials talk about the positive impact of the Unified Development Code, it takes some of the luster off of it when these low quality buildings are allowed to sprout up all over Memphis.  Eight new stores are planned by the end of summer, and one will be a blotch on the Poplar corridor near the main library.”

We had hoped that we were overreacting but it turns out that we understated it.  The Family Dollar Stores are testament to our lack of self-worth and lack of emphasis on urban design and sound planning.

We had hoped that the Unified Development Code would have made this kind of urban indifference ancient history, but it seems more and more that it is a toothless tiger.

Here’s the Family Dollar Store at 1688 Jackson (corner of Evergreen and Jackson, near VECA headquarters and Little Flower church) but you can take a photo of any Family Dollar Store in Memphis because they are all examples of what we didn’t want Memphis to become. 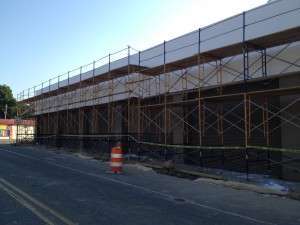 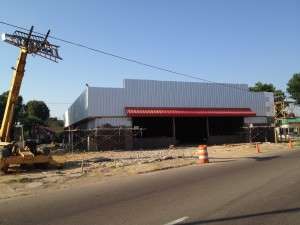 We received this email about the one scarring historic Poplar Plaza neighborhood:  “I thought this Family Dollar was an abomination in my old neighborhood when it was built.  Now, it looks like the Taj Mahal compared to the one they’re building in my current neighborhood.  They even had really nice garbage storage areas behind the building.  Much bigger lot!  Check out the windows on the side view facing Spottswood.

“Poplar Plaza is a historic site in planning circles.  It is considered one of the first “suburban” shopping centers in the country.  It’s featured in Mel Scott’s History of Planning with an early 1950s aerial view.  Now we are returning to open air shopping malls for which this was a model.” 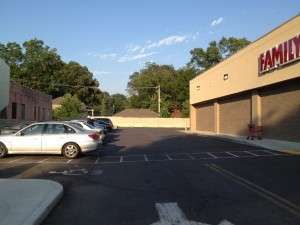 Parking Lot at Highland and Spottswood 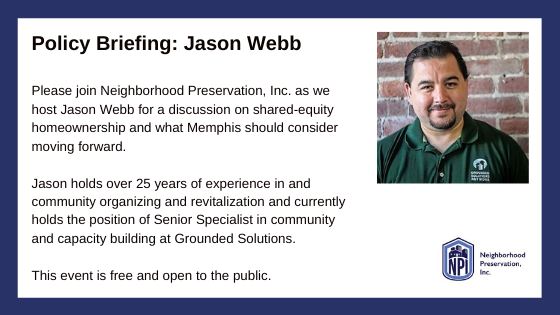 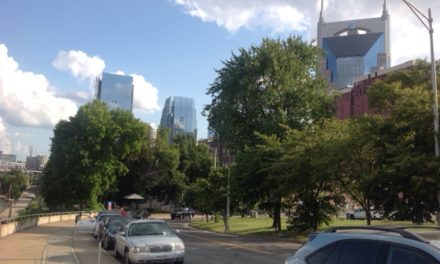