The Sierra Club is holding a meeting Thursday about the proposed Kirby-Whitten highway through Shelby Farms Park.   It’s one of those projects that proves that no matter how many times we think we have contained the paving obsessions of traffic engineers, they always come back again with plans focused on about cars, not people.

We were driving today across that the monstrous monument to traffic engineering and design indifference – the Walnut Grove Road bridge into Shelby Farms Park – and we were thinking: “And the engineers can’t ever understand why no one trusts them to do what’s right?”  The bridge is an over-engineered eyesore that stands in contrast to the pastoral scene that it so rudely interrupts.  It’s a constant reminder of why vigilance is a necessity when it comes to the highway through our signature park.  Left to their own devices, the engineers can always find a way to decimate the green asset in favor of the gray asphalt.

The City of Memphis, in conjunction with the Federal Highway Administration (FHWA) and the Tennessee Department of Transportation (TDOT), is proposing to construct a 2.5-mile Kirby Parkway from Walnut Grove Road to the intersection of Whitten and Macon Roads in Memphis, Shelby County, Tennessee.  The new road design consists of a four-lane, median-divided, access-controlled highway.  You can view a pdf of the project map here.  For more information, visit the TDOT website.

Government officials and planners, representatives of the park, and the Sierra Club will present key details of the proposal and related environmental issues.   The published plans can be reviewed before the meeting at
http://www.tdot.state.tn.us/kirbyparkway/docs/FEIS-20120208-Section-1.pdf and  http://www.tdot.state.tn.us/kirbyparkway/docs/FEIS-20120208-Section-2-Appendix.pdf.

Additional information is on the Shelby Farms Parkway blog at http://ShelbyFarmsParkway.wordpress.com  (shortcut URL= http://goo.gl/x2o0q ).  Updates will be on the Parkway blog in the days after the meeting.

Here’s our post from a couple of months ago: 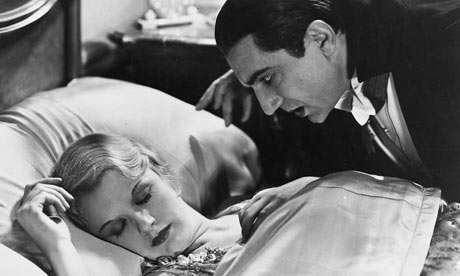 We’ve decided that highway projects are the modern equivalent of the old Bela Lugosi Dracula movies.  You can drive a stake in him but he’ll always rise again.

That’s certainly true for two projects that stalk us like vampires despite the lack of any cogent justification for why they still exist: the highway through Shelby Farms Park and the I-269 circumferential interstate highway around Shelby County.

They both exist because our community has failed to learn the seminal lesson: great cities don’t let highway engineers determine their quality of life.

Shelby Farms Park Conservancy rightly refused to agree that the so-called Kirby-Whitten connector road will only cause “minimal” damage to the 4,500 park, saying that instead it has concerns the highway disrupting access into the park and connectivity within the park, threatening Memphis’ drinking water, creating a flood risk, and bringing tractor trailers through the park.  (To read more of the concerns about the highway, click here for comments by Dennis Lynch.)

It would seem that just one of those concerns should inspire a total reevaluation of by City of Memphis engineers driving this project and justifying it as the way to end the morning traffic snarls through the park.  That said, why do a few hours of rush hour traffic a day justify the construction of a highway through irreplaceable green space in the heart of the city?  Haven’t we finally moved past the days when roads trumped reason in these kinds of decisions?

This idea for the highway dates back to 1969 when it was essentially offered up as another gift to developers anxious to get to north of Shelby Farms Park to open up those green fields.  Those days are long past, and the $20-25 million to be spent for the highway are for a community that long ago changed.  More than anything, it’s one of those projects rationalized by the availability of 80 percent federal funding, and as we’ve seen before, projects tend to plow ahead just to get the federal money, the more lanes of asphalt the better.

There is no road project in this county that has been more of a lightning rod for opponents than this one.  That’s unfortunate, because we can now belatedly look all around our community and see road projects that were unneeded, were not properly scaled, and were not context sensitive designs.

For more than a decade, this highway was more than a road to development interests and the Chamber of Commerce.  It was a battle cry.  It had to be built to show environmental and park defenders that they could not stand in the way of “progress” and that developers still set the highway agenda here.

So much of the fervor that imbued these old conflicts has drained out of the issue as the economy has transformed the development industry and public attitudes have shifted on the public subsidies for the infrastructure that made it possible.

Although the special committee appointed by then-Shelby County Mayor A C Wharton recommended a context sensitive design, that imperative seemed to be diminished as the actual design was developed.  It appears to restrict pedestrian, bicycle, and vehicular access (contrary to now-Memphis Mayor Wharton’s call for “complete streets”) and is far too vague about its solutions to other concerns.

We know there are still a few people who want to build the road to show the tree huggers who’s boss, but since 1969 when the road was included in the transportation plan, it’s hard to find anyone whose unwilling to hug the priority of Shelby Farms Park over yet more lanes of highways.  Shelby Farms Park will take some time to take shape and to execute its full master plan, and it seems short-sighted to put a road project ahead of the park’s development, because when completed, it will nothing short of spectacular.

Meanwhile, our Metropolitan Planning Organization is conducting what it calls the I-269 TN Regional Vision Study.  It’s one of those processes replete with buzzwords, but at least the MPO is trying to find the balance between a highway that decimates Memphis and one that serves its alleged transportation purposes without being just another incentive for sprawl.

It’s going be a delicate balancing act but the good news is that planners with the MPO have acknowledged that the emphasis on protecting the urban core is uppermost in their minds.  Too often, politics has trumped planning in decisions of the MPO governing body with its disproportional non-Memphis influence and membership.

Since we started writing about I-269 on this blog, there is good news.  Concern about its impact has become more pronounced and widespread and understanding about its negative impact has increased.  Despite that, little that is substantive has been done to translate concern into action, conversations into strategies.

Once it became clear that the highway could not be sold as an economic artery while depriving Memphis and other cities of much-needed revenues, cheerleaders for I-269 shifted to the justification that it was a vital freight route that would take trucks around the county rather than through the heart of Memphis.

Three ideas that we can think of offhand:

1.  Green preservation zones. The eastern connector of I-269 that roughly follows the Shelby County line should be protected as a natural reserve area where development is restricted and rural land and key recharge areas for the aquifer are protected.  There’s a compelling argument to be made that along the northern border of the highway in the Millington area, a new industrial park should be built.  Millington needs economic support and its presence could compete with similar emphasis in North Mississippi, but the most eastern section should be set aside and removed from potential development.

2.  Limited access. If I-269 is a “freight highway,” as its advocates argue, there is no need for the array of exits that punctuate the highway every mile or so.  The only reason for that many exits is to deliver up greenfields to developers and to once again lure people out of existing cities with the promise of cheaper costs of living (people still don’t regularly include the cost of gas in their calculations) and quicker commutes into the more urbanized parts of Shelby County to their work places.

3.   User fees. In the past, the MPO (Metropolitan Planning Organization) has said that tolls can’t be put on interstate highways, but it’s done in other places.  In fact, there are now 3,175 miles of tolled highways in the interstate system.  If freight companies and developers want this highway, at least they should pay for it through user fees so that I-269 is paying its own way.  Perhaps, the toll could be used to develop a truly regional public transit system that delivers higher quality service to key job centers or the toll revenues could be used to rebuild existing infrastructure that needs repairs.  After all, we already have Highway 385 and if people want a higher level of service, they should pay for it.

These are difficult times for the Memphis metro – let’s say it again, metro. Unlike most other metro areas, the cancerous problems that threaten our economic health are regional in nature and not just the problems of the urban core. Unless we start to figure out how to avoid the negative impact of self-indulgent projects like I-269 and make investments that strengthen our entire region so that it is prepared for the fundamental restructuring of the economy that is well under way, we will prove that the road to hell is indeed paved with intentions that aren’t always so good.

In the end, it’s not great roads that will draw jobs to Memphis. It’s great quality of life, a great quality of place, a culture of creativity and entrepreneurship that will attract the talented people that in turn attract jobs to our community. The blind pursuit of more lanes and more roads without the fuller context for what makes Shelby County successful in the future produces an inadequate plan for transportation and replicates the same mistaken policies of the past.

The Revitalizing Power of Parks in Cities

Raise Your Voice About A Better MPO