One of the challenges for citizens who care about the quality of life and environment of Memphis and Shelby County and envision a community that is less about cars and more about people is that we are called on to be constantly watchful and to always be mindful that the devil is in the details.

An example is Dennis Lynch, a concerned citizen with a degree in civil engineering (transportation planning), who is watching closely the highway planned through Shelby Farms.  Here’s his comments to the people in charge and it underscores how these projects take on a life of their own and how difficult it is to make your voice heard:

I object to the planned roadway proposed in the SFEIS for Kirby Parkway (aka Shelby Farms Parkway) for numerous reasons which I document below.

A) Public Involvement- Such a major public investment, and such a major change to the grounds of the Shelby Farms Park demands a public review process.  The CSS process was incomplete.  I shake my head in disbelief when I think about that.  I strongly request that a public meeting on the SFEIS be held and then be followed by a 30-day comment period.  I further request that the meeting and review period be well-publicized throughout traditional media, social media, and other appropriate online sources (a tiny notice in the “Legal Notices” section of the Commercial Appeal, and La Prensa is not “well-publicized”).

A.1) I point out numerous errors on the TDOT Kirby Parkway webpages- 1) “default” page makes no mention of the SFEIS or of any review period, 2) the “timeline” page seems to suggest that the review period was over a month ago, stating, “The public will have 30 days from February 24, 2012.”, 3) the “library” page currently has a link to a “re-issued notice” which has a confusing date reference, “Tuesday, April 26, 2012” (it does properly state April 26, 2012 further on in the same notice.)

A.2) I also emphasize that all relevant information must be available at that meeting during the subsequent review period, or further objections to the plan would be likely.  It should also ne available online.  As one example, since the SFEIS is a Supplement, the original FEIS should be available.  Other documents that are referred to in the SFEIS should be made in the same ways.

A.3) As stated above, the CSS process was used for citizen involvement and support.  And it started as a good approach to developing a plan.  However, in the end, it failed to meet its objectives and failed to follow the planned approach.  Specifically, certain information was not shared with the public at the CSS meetings- details of the risks to the aquifer, the wetlands, and the floodplain.  Additionally, the last meeting was quite some time ago, and new information has become available.  A proper CSS process should have included further meetings to share and review such information, and to cooperatively adjust plans accordingly.  For example, risks to the aquifer, et al might have encouraged the CSS team to focus on a new location or simpler design for the roadway intersection/interchange.

B) Justification for roadway and forecast problems-  I have requested numerous times that I be given access to the transportation engineers to discuss and review the traffic forecasts.  So far, I have not been given access to these individuals, I have only been given minor bits of additional information.

B.1) No travel time studies to calibrate the forecasting model have been done in the vicinity of the Park.  I discovered this by digging into the Appendix of the 2040 LRTP (see Appendix_G_TDM_Final- Figure 1, pg. G-45).  This includes Walnut Grove Rd, Farm Rd, Germantown Rd, Mullins Station Rd, Kirby Whitten Rd, etc etc.  The only calibrating travel time studies done anywhere near the Park are I-40 from Germantown Rd to I-240, and the I-240 loop.

B.2) I have requested to look at the O-D Matrix (Origin-Destination) which represents local travel patterns.  I strongly believe that a very high percentage of the OD trips that are “estimated” to use the Parkway would be better served by an uncongested I-40/I-240, by a better functioning Germantown Rd, or by other roads in the area.  I have not been given access to this information or to a forecasting engineer or planner to assist me in reviewing the traffic flows.  Even worse, I have not been able to even find out what assumptions have been made about the entire road network- what upgrades and congestion factors are assumed for I-40/I-240, Germantown Rd, Walnut Grove Rd, Mullins Station, etc?  Obviously, traffic on the planned roadway depends on what alternative paths are available.  Planners have not made this information available.

B.4) There is no effort to financially justify the road.  No cost figures for the overall plan are shown (either construction cost or long-term maintenance cost), no attempt to quantify benefits has been made, and no effort has been made to compare the cost/benefit ratio to other contemplated projects.  These same issues apply with regards to the expensive interchange- no attempt has been made to compare costs and cost benefits of different intersection/interchange designs, or different intersection locations.  Wikipedia says that “Grade-separated junctions are very space-intensive, complicated, and costly…”  Whenever such an expensive interchange is contemplated, the costs should be carefully justified, with publicly shared cost figures and estimates of benefits in dollars.

B.5) In addition to the fact that the cost of roadway and the interchange have not been justified, we should consider the costs in light of everyone’s tight budgets these days- personal, City of Memphis, Shelby County, State of Tennessee, and Federal.  Without cost estimates, without a cost-benefit analysis, and without a comparative ranking vs. other projects, it is just totally inappropriate to consider this road at this time.

C) Environmental issues- As a citizen, I certainly want these issues resolved before I would even consider supporting the roadway.  I know that others have expressed concern about these issues in detail- aquifer, floodplain, and wetlands among others- and I agree that they are significant concerns which must be addressed.  I strongly believe that these need to be resolved satisfactorily to the public before the road could be approved.  There is also the additional “new” concern that trucks may be allowed across this roadway, which increases those concerns- see my point (C.1).

C.1) There seems to be some confusion about whether or not large trucks would be allowed through the park.  Large trucks will clearly add to the aquifer, floodplain, and wetlands issues, but also will substantially increase noise and air pollution issues in the park.  I cannot find any information in the SFEIS about truck-related pollution (other than the small bit on construction pollution mitigation).  I don’t think large trucks are allowed in many other parks around the country- the same should be true here.  It is up to the planners and politicians to make sure that this is the case- figure out how to get a “No trucks” policy approved.  If it comes to the point where all approaches to blocking trucks have been exhausted, then the road should be designed to make it unfavorable to trucks.  11 ft wide lanes and traffic signals would assist in this strategy.  It is up to our local planners and officials to get the appropriate roadway design into the plans.

D) Section 4(f) status- I strongly believe that Section 4(f) does apply.  There seem to be 2 factors supporting my argument- 1) The “joint planning exception” does not apply because the park existed (in the 1970’s) before the property was “formally reserved for a future transportation facility” (which did not occur until the Conservation Easement was signed and reserved space for the roadway (Jan 2007)).  2) Additionally, the statement in the SFEIS that “impact to parkland appears to be de minimis” is clearly not true given the environmental issues mentioned above and detailed by other citizens.

E) Safety issues- I think that “accident problem” at Farm Road for traffic turning right onto Walnut
Grove can be resolved with a proper turning lane plus an acceleration lane on Walnut Grove.  It will cost much less, too.

F) There seems to be a lot of confusion and misleading information about the role and purpose of the road.  On the one hand, the plan states that it is part of a “one-mile grid concept”.  It also states that the road is intended to help people from Bartlett get to Poplar Ave (which seems like an inefficient path to me).  On the other hand, they say it is simply a road to provide provide increased access to the Park, and access for some neighborhoods close to the Park  But then, look at the road design, which shows a clear intent to expand to six lanes in the future. The pavement which is planned to be more than 6 lanes wide (an extra-wide shoulder), plus the free-flow interchange clearly show that the intent is to have a regional highway cut right through the Park.  This is clearly in conflict with the desires of the citizens.

In summary, I reject the SFEIS for numerous technical and procedural reasons and I strongly request a well-publicized public meeting plus a comment/review period of 30 subsequent days.  Also, I want to make sure that TDOT, Shelby County, and Memphis planners, engineers, and others are available to assist in resolving the open issues during the ensuing days. 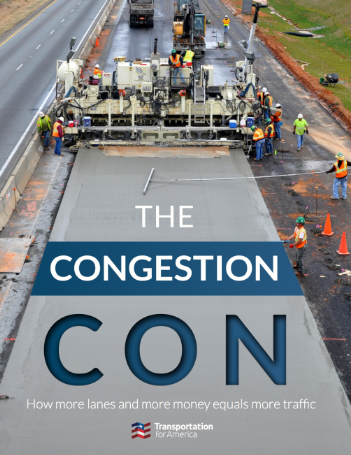