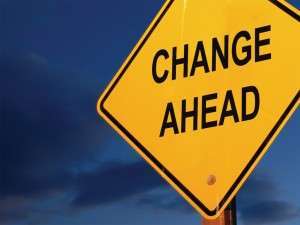 Note — This post is based on a central premise: that the changes to the UDC ultimately reflect the low priority that local government puts on planning and urban design.  The decimation of public planners and planning itself may result in balanced budgets for city and county governments but they do nothing to balance the hopes and needs for a livable Memphis. Some proposed UDC changes make sense in light of the lack of government planning staff but the better course of action is for elected officials to provide the funding to give the UDC its best chance of success.

The fear when the Unified Development Code (UDC) for Memphis and Shelby County was approved about 19 months ago after years of development was that developers and their attorneys would in time make changes to it that would erode its promise for changing the development patterns, improving the redevelopment philosophy, and strengthening a design ethos for our community.

The truth is that some of developers’ changes were made before the UDC was enacted, and although it may not have lived up to its full potential out of the chute, it was a big, big step in the right direction.

The best news of all was when it was approved, Memphis Mayor A C Wharton said that passage was not the end, but the beginning, of getting the regulations right so they contribute to a more livable, walkable, and better planned city.

At the time of passage, the city and county administrations, at the request of the legislative bodies said they would return in a year with recommendations for changes.  Mayor Wharton said he expected these amendments to the UDC to be minor and more like housekeeping items.

When those changes took several hundred pages to list, it was the equivalent of sending up a flare to neighborhood advocates, New Urbanists, urbanists, preservationists, and even some planners inside city and county governments themselves that the progress made by the UDC was already being unwound.  Many of the changes seem neither minor nor philosophically consistent with what the authors of the new code promised or what they said they heard from the public.

While there are a number of changes have resulted in concerns expressed by UDC advocates, chief among them are these:

The loosening up of public notice requirements.

This was an area where developers weakened original recommendations which called for local governments to get more serious and fairer about notifying the public of proposed developments so it could have better opportunities to have a voice long silenced in the decisions that ultimately changed the face of too many of their neighborhoods.

The weakening of overlay districts.

The overlay districts offered more coherence and better planning to areas of Memphis such as the medical district, University District, and midtown, and in its way, it was a way to mitigate Memphis’ lack of a comprehensive plan that has created a vacuum for the past 30 years.  We’ll know Memphis and Shelby County are serious about strong and effective planning, as well as about the future of the community, when a Comprehensive Plan is developed. These overlay districts included requirements unique to that particular area, based on the tools of the form-based code concept.

The proliferation and overuse of PDs were cited early as a problem area by the national code experts hired to draw up the UDC.  The PDs have amounted to a government-aided assault on numerous Memphis neighborhoods as developers wrapped every project in the PD flag to sidestep the stricter (and more reasonable) code.  The opportunity to bring coherency and transparency, if not sanity, to the use of the PDs was a major reason we were so supportive throughout the UDC process.

“The subverting of the present system stems largely from the misuse of PD’s (Planned Development) and the takeover of the Land Use Control Board by developers. Designed to replace existing zoning districts with innovative development, PD’s were intended to be rare and allowed because of important public benefits, such as increasing open space or protecting the environment. Instead, in Memphis and Shelby County, unlike the rest of the nation, PD’s are the rule, not the exception, and normally, the underlying zoning isn’t even changed, so there is land with agricultural zoning that is covered with cookie cutter development.

“To make matters worse, local PD applications are treated as special exemptions, because that section of the law has weaker requirements for notifying the public and neighborhood groups. Their clout was weakened even more in the mid-1990’s when Mayors Herenton and Rout – ignoring pleas from neighborhoods for more representation – loaded up the public board that votes first on zoning applications, the Land Use Control Board, with employees, friends and even relatives of developers, to the point where even today, only one member represents neighborhoods.

“With this takeover by developers in the late ’90′s, the percentage of times the board overturned its own professional staff’s recommendations about PDs climbed from roughly 15 percent to 70 percent – and in only one year.”

The loss of the opportunity to drain some of the politics out of the process by getting local government legislators to approve the UDC and then vesting professional planners with the responsibility for applying it.

The game-changing potential of the UDC was to remove politicians from a process that now marginalizes, if not frequently ignores, professional planners in local government.  The hope was that the UDC would represent the vision established by City Council and County Board of Commissioners, and except in specific instances, it would be planners who make decisions on applications within that official framework.  The public lost this battle before the UDC was approved, and the suspicion is that the changes allow for even more political machinations.

In the year since the UDC was approved, something unpredicted has happened in Memphis.  There is a growing cadre of citizens calling for a more livable city and fighting for bike lanes, better neighborhood redevelopment, and better urban design.  There is a hunger for change, and it now seems to include a number of City Council members.  They have become well-acquainted with the price that Memphis pays for planning problems, and finally, they understand that any highway is not always a good highway (see I-269) and that any investment in a neighborhood is not always a good investment.

These days, there is less genuflecting to developers’ interests, and it’s why we were so hopeful that the UDC, following Mayor Wharton’s words, would be made stronger in the years to come.

Last week, the Land Use Control Board – long a rubber stamp for a pro-developer point of view – approved the changes despite pleas for the changes to be delayed.  It was said that if the changes were not approved, the process would have to start all over and more time would pass.  Why this is a problem is a mystery to us, because public understanding and support would seem to trump speed any day.

The changes are now on their way to City Council and the Board of Commissioners, and before the legislators consider them, we suggest the following:

1)   Before approving the major changes and the issues that cause the most concern, ask the source for each change – public planner, elected official, or developer.

2)   For the major changes, ask for the input from the authors of the UDC, who are national experts in form-based model codes, for their opinions and insights into whether these changes are consistent with model codes and with what they heard Memphians want from the UDC.  In addition, it would be helpful to convene a group of American Planning Association members to provide advice about the changes.

3)  Slow down approval.  There is the widespread feeling that the discussion of changes was too limited.  There are ways to apply technology and qualitative and quantitative measurements to ensure that the UDC reflects the public’s desires.

4)  Research possible changes to the law that would give City Council the authority to determine what Memphis planning could be without the involvement of county government.  City Council members are elected to guide the future of Memphis, and it is hard to remember when injecting the political interests of Shelby County Government has resulted in added value to the development of the smarter growth principles that Memphis support.

5) Conduct an examination of what most cities do concerning PDs and what the APA recommendations are when it comes to them.  The overuse of PDs in Memphis produces development with little concern about its contextual impact.  So far, there is no case to justify the overuse of PDs and if anything, the UDC should make their controls more stringent.

Memphis Director of Planning Josh Whitehead wrote his rationale in an earlier post this week, and there’s no question about his sincerity and sensibilities to urban planning generally and to Memphis specifically.  That so many citizens share his passion is a good thing and it should be protected and expanded.  Surely, there is a way to ensure that the UDC achieves its fullest potential and that it is based on the broadest possible public input.