Towns Get What They Paid For With Consultants’ Report on Schools 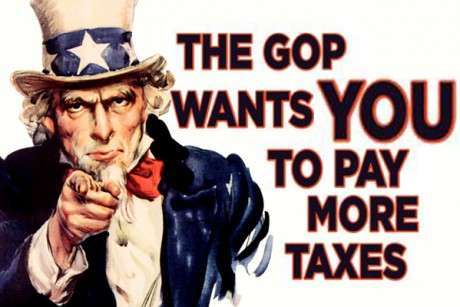 So, let’s take Collierville Mayor Stan Joyner at his word.

His obsession with a municipal school district for his town is not “separatism,” he said, although it does seem Freudian that he picked that word.  Then again, there’s another “ism” that does fuel the rush to judgment on these school districts.

This week, the mayors got a consultants’ report that said, surprise, they were right all along.  But considering that they hired the former Shelby County Schools superintendent, it really isn’t too much of a surprise.

This is one of those cases that has the feeling that the consultants were paid to tell the towns what they wanted to hear.  In fact, back in February at a public meeting in Germantown, Mayor Sharon Goldsworthy laid out what the bedroom community needed to do to create its own school district.   Her observations were parroted in this week’s report.

What was clear in her comments was that she (and we’re sure the other mayors) were choreographing their actions with Tennessee Senate Majority Leader Mark Norris, an allegedly  small government conservative who finds it impossible to stay out of the affairs of local governments.

The other thing that’s telling about Mayor Goldsworthy’s comments about the school district was that she never talked about education.  It was all about politics.  It was about counting votes on the planning commission to marginalize any influence by Memphis Mayor A C Wharton, an objective that received warm applause from the crowd.

That in a nutshell does in fact sum up the back story on the towns’ school districts.  It is all about political power, not student performance.  It is about isolationism, and the fulfillment of a derivative and vanilla world that shuns “the other” and clings to a community of the “right people.”

We’re not suggesting that these are evil people, but they aren’t exactly noble either.  As usual, we are disappointed more in Mayor Goldsworthy and Bartlett Mayor Keith McDonald because they are smart enough to know how cynical their actions are.

Over the years, they have extolled the importance of Memphis to their cities and professed to care about its future.  Unfortunately, they regularly default to a myopia that sees the world as “them” and “us” and contribute to the divisions in our county.

Mayor Goldsworthy was right about one thing, not that it affected her opinion in the end.  Speaking of the transition planning commission, she said: “hopefully a very rational, reasonable group of people figuring out how to do this and hopefully they would be receptive to all sorts of creative ideas about how schools might advance in Shelby County.”

In fact, that is a perfect description of the planning commission thus far.  Under the leadership of Barbara Prescott, its members have been thorough in considering alternative structures for the new unified school district. Rather than wait for the outcome, however, the town mayors rush to create a system where they can continue to have as much influence as they had over the old Shelby County Schools system.

It was always a curious feature of the county school system that it genuflected to the town mayors, particularly considering that they never allocated any money to schools within their borders.  Meanwhile, county government always got short shrift although it was the major source of local funding.

The potential of losing their fiefdoms seem a motivator for the mayors and their comments dependably demonstrate that they reached a political position on schools before they bothered to search for the research and articulate their justifications.

Recently, Collierville Mayor Stan Joyner said that his town is working to “get education right” although there’s no consultants’ study about academic performance, teacher excellence, classroom size, and other issues affecting school success in the town districts.

Mr. Joyner also said Collierville needs more than just the cookie cutter approach of Memphis City Schools.  Of course, the city schools system has never taken a “one size fits all” approach.  The truth is that there are variations across the city system, and when innovation, principal leadership training, and better teachers are the criteria, the county system has never measured up.  In fact, based on the economic background of most of its students, it actually underperformed.

We predict town district advocates will quit talking about how a 5,000-student system is the optimal size for the best classroom outcomes.  It was always a charade anyway, because if the law allowed the towns to bring all of their students into one district of, say, 20,000 students, they would have done it in a nanosecond.

The consultants’ reports this week proposed that school funding come from an increase of 10 percent in their property tax rate (we still suspect the amount of the increase is being low-balled to keep it from being an issue in a referendum) or the funding would come from an  increase in the sales tax to the legal limit.

Perhaps, Memphis has finally found a slight marketing hook – shoppers there have a lower sales tax rate and Memphians don’t pay twice for schools like residents of the towns.

Most of all, this week, the towns finally got the rose-colored glasses view of town school districts that they have wanted.  They even provided an overly optimistic (they should hope not pollyannish) view about the transfer of the schools inside the towns to the new districts.

Whatever the final decision is, it will likely come from a lengthy court battle, raising the question of whether the town districts can be created before a judge’s ruling, leaving the towns with districts but no school buildings.

Meanwhile, town district supporters continue to promote the mythology that Memphis never had to pay for county schools that it annexed.  It’s a position that’s not backed up by the facts, but as the mayors push aggressively for their very own districts, we look for facts to be their first casualty.

Labor of Love or Cheap Labor? The Plight of Adjunct Professors