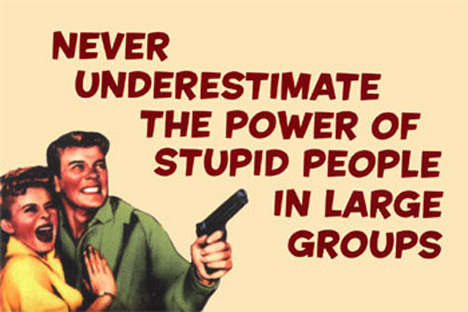 Apparently, there is no hunger more intense than being power hungry.

Hardly a day goes by that an action of the Norris-Todd cabal doesn’t leave us wondering if they ever bother to tend to state government business.  Clearly, they prefer to meddle in the affairs of local government, to mandate their biases as local policy, and to make sure there is no level playing field when it comes to local intergovernmental decisions.

They play regular role as the playground bullies, asserting their dominance over any issue that deepens their power base and strokes their unquenchable political egos.  As we’ve said before, at least Mr. Todd has an excuse: we think he had too many basketball balls hit his head during his stellar career as a local hardwood legend.

But Mr. Norris doesn’t have an excuse.  He’s intelligent and gifted, but he’s turned into our very own Newt Gingrich, captured by his own grandiosity and undone by his own egotistical belief that he’s always the cleverest boy in the room.  It’s been sad to watch Mr. Norris’ fall as a relatively effective member of legislative bodies to a shill for narrow partisan leanings that undermine the qualities that made Tennessee great in the first place: generosity, pioneer spirit of camaraderie, compassion, and a sense of a shared and better future.

Along the way, he sacrificed his principles on the altar of his own quest for power, and as a result, today, there is no local decision that he isn’t willing to interfere in and there is no pandering so demeaning that he’s unwilling to do it.

The latest example is the Norris-Todd bill which suggests that their political interests trump legal annexation reserve agreements negotiated by the county mayor and every mayor of every city in Shelby County and ratified by every city government and by county government.  The Norris-Todd duo introduced a bill in Nashville to remove a large area of Memphis’ annexation reserve area in east Shelby County.

It’s an unprecedented interference by the Tennessee Legislature into the agreements reached in 1998 in the aftermath of the “tiny towns” controversy following the passage by the Legislature of Chapter 1101 mandating the establishment of growth boundaries in Tennessee counties.  State law said: “In any county with a charter form of government, the annexation reserve agreements in effect on January 1, 1998, are deemed to satisfy the requirement of a growth plan. The county shall file a plan based on such agreements with the committee.”  In that way, the annexation reserve agreements that existed at that time in Shelby County became the starting point for additional negotiations to satisfy Chapter 1101.

It was a process characterized by difficult negotiations, but in the end, all governments in Shelby County came together to enter into an agreement that set the future boundaries for each city, ending conflicts and lawsuits between governments.  As part of the process and to show its good faith, City of Memphis relinquished 150 square miles of land that were in its annexation areas and those areas were taken by the smaller cities.

It’s the kind of good faith now lacking in the actions of Mr. Norris and Mr. Todd.  That said, some think it’s possible that neither of them expect their conniving about the annexation reserve agreements to become law.  Instead, they may be throwing out this abhorrent bill as a tactic to make their upcoming bill more attractive, the one to give schools owned by the county school system to the towns when they set up their own municipal school districts.

That bill was already floated by Mr. Todd, but Shelby County Mayor Mark Luttrell said the bill was “inappropriate” and it was tabled.  For now.

Here, we think this bill is aimed at giving the municipal districts even more taxpayers to prop up their walled-in community schools.  All in all, it has a certain putrid smell that’s becoming familiar with the Norris-Todd wheeling and dealing.

There is no doubt that, regardless of what Mayor Luttrell thinks, the bill to give county schools to town districts is going to be resurrected in a matter of weeks unless Norris-Todd get their way on the disposition of the schools. Until they, we expect even more of their good cop (Norris), bad cop (Todd) routine, because it is aimed at forcing their will on the broad-based transition planning group that has been doing a remarkably good job in considering the future of a unified school district.

As for the annexation reserve agreements, member of Memphis City Council said it well:  Chairman Bill Morrison said: “If Mark Norris wants to run the county, he should probably run for county mayor.  It’s kind of ridiculous that Nashville, with all the problems we have in the state, wants to run Memphis and Shelby County, and they want to run them into the ground.”

Councilman Myron Lowery referred to it has a “stunt” from people practicing “the self-serving politics we’re getting out of Nashville” these days and from people who regularly change the rules in the middle of the game.  Councilman Jim Strickland said he was “old-fashioned” enough to think that “agreements should be honored…and local folks should be allowed to handle local issues” without the interference of “Big Brother.”

In one of its reports, TACIR wrote that the need for a dependable and consensus framework for annexation is because “at times, the powers of the legislature could be abused.  This abuse could take the form of the passage of annexation acts against the wishes of local government officials and citizens.”

The Norris-Todd annexation reserve bill is proof positive that TACIR got it right.

TACIR has been a driving force in applying the growth policies encapsulated in the 1998 state law, and it seems only logical that if Mr. Norris is now taking aim at destroying the legal intergovernmental agreements entered into in 1998, he should step down as TACIR chairman.

An Eye To The Future: This Week On Smart City