Failing the Test on New Districts 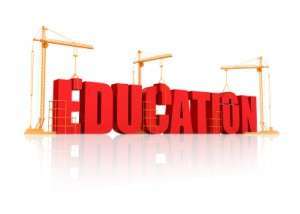 So, let’s make sure we’ve got this right.

So, what if under a new unified school district, students in Germantown will attend the same schools and have the same principals?  The curriculum comes from State of Tennessee.  So, what reason is there besides race that strikes such fear into the hearts of Germantown parents?

Code words are already being bandied about.  Things are said with no self-awareness or explanations about the all-white county school board and the political machinations to make sure it stayed that way.   They make no apologies for plans to move African-American kids out of Germantown schools and to recreate schools that are essentially all-black.  If there’s any subtext to the incendiary(some say ignorant) comments by right-wing extremist Shelby County Commissioners Wyatt Bunker and Chris Thomas, it is that.  On second thought, it’s not subtext.  It’s the only text.

There’s really no other reason besides race for Germantown “leaders” to stampede into creation of their very own school district.  They make no pretense of even trying to consider what other scenarios there might be or what they could get from being in a position of strength to negotiate with the new district.  The most telling evidence for us that it’s about race is that Dr. Fred Johnson, former county schools educator, is a member appointed by Memphis City Schools to the committee guiding the merger of the city and county districts.

Rather, their rhetoric is based about as much on the facts as Dick Cheney’s memoir.  They trot out familiar talking points about smaller being better and under-performing districts as if Shelby County Schools isn’t an average district on its best days when compared to comparable districts.  They offer up glib explanations about effective leadership as if the overriding factors for student achievement aren’t the socio-economic status of its kids.  There are no magic answers in county school classrooms despite propaganda to the contrary.

All of this reminds us of the time years ago at a Leadership Memphis meeting when a former mayor of Germantown told the class that Shelby County Schools simply had “the answer” to student performance.  It was about leadership, and because of it, he said if the principal of Germantown High Schools was moved to Northside High School, the city school would have the same student achievement as the suburban school.

The class laughed so loudly that it was hard to hear the rest of what he was saying, but it’s pretty obvious that Shelby County Schools believes that it knows the secrets to better education.  We just don’t understand why school experts from around the country aren’t flocking there to find out their answers.

Recent collegiality and cooperation by the county district feel most of all like an exercise in misdirection.  While Shelby County Schools Board Chair David Pickler offers up his new, improved persona, he’s helping behind the scenes as the towns work to set up their separate but equal districts.  While Tennessee Senate Majority Leader Mark Norris pretends that the ruling by U.S. District Judge Hardy Mays validated his interference into local educational decision-making, he works quietly as an enabler to suburban separatist tendencies.

All this was on full display last week when Bartlett Mayor Keith McDonald and Collierville Mayor Stanley Joyner did their best to find a cogent justification to explain why they are hellbent to create their own school districts before even learning more about the new unified district’s plans.

Mayor McDonald movingly talked about how he could not gamble his grandchild’s future to a new countywide district.  Left unsaid was why he could gamble it with a new district encompassing his town. Mayor Joyner graduated from Collierville High School a couple of years after Shelby County Schools was sued to integrate its schools and seems to draw his opinions from those days of all-white and all-black county schools.

Unfortunately, for many people in this community, this feels all too familiar.  About half of the people in Shelby County were alive when white flight became a defining factor in the life and history of the community, fueled by the belief that a mixed racial district and diverse district leadership would provide inferior academic instruction and lack of discipline.

As researchers have concluded, a prime motivator in white flight is the desire by white parents, despite all protestations to the contrary, to keep their children out of integrated schools for fear of their contact with African-Americans.

In other words, we’ve seen this play before, or as Amy J. Barger wrote (edited quotation follows) in her honors thesis, The Cost of Myth-Making: Racial Tension and School Desegregation in Memphis: “In an effort to preserve a favorable public image, leaders adopted a rhetoric of evasion that allowed them to hide their segregationist sympathies.  Leaders held Memphis in its conservative past by initially cloaking racial tension and then by subtly feeding suspicion between the races.  White leaders’ call for moderation produced a cautious hope in the black community.  Wisely, however, blacks refused to place their faith whole-heartedly in promises of progress.”

All that said, for a group that purports to be thorough and savvy in its decision-making, the suburban leaders seem oblivious to the opportunity to open negotiations with the new countywide district, perhaps in pursuit of commitments for new schools and promises of maintaining the status quo.  The small portion of ADA capital funding that will flow from county government to a towns’ district will leave a significant balance for its taxpayers to make up.

An unwillingness to consider other options besides a new district for the towns is clear indication of the race and isolationism that lie at the heart of their real motivations.

State Education Officials Finally Get to the Truth