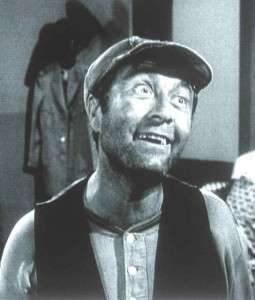 Shelby County Commissioner Terry Roland is no doubt right.  He does represent the views of his constituents in District 4.

The real question these days is whether they think he does it well.

His bludgeoning of potential unified school board members last week had as much aplomb as former Soviet Union Premier Nikita Khrushev banging his shoe on the table at the United Nations.   Long-time observers of local politics cannot remember a similar incident that rivaled it.  One said that Mr. Roland essentially had a public tantrum.

Cracks in the Base

And yet, that trivializes Commissioner Roland’s teeth-grinding effect in county government.   He is regarded by many staff members as reasonable when the camera isn’t around and as helpful to them.  And yet, even they shook their heads over his recent behavior.  In the end, he comes off as someone who can dish it out but can’t take it.

In the wake of Commercial Appeal editorial, he said: “They can all kiss me on my entire rear end because I’m doing what the people of my district wants me to do.”  That’s not completely true.

His antics may play well with the good old boys in Old Timers Restaurant in Millington, but there is now audible grumbling in the southeastern cities of his district and questions about his style, his syntax, and his suitability to represent them.  There are nascent efforts to identify another candidate who can deliver results and not just rhetoric. 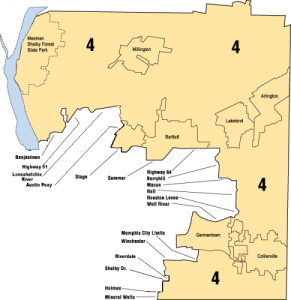 We had all grown accustomed to his hyperbolic excesses and inability to self-edit but these once humorous foibles now contribute to a harshness and edge once thought unimaginable for the county’s legislative body.  It was only a few years ago that the county board was held up as what a legislative body should be, the yin to Memphis City Council’s yang.

But all has changed.  The glory days of John Maxwell, Jesse Turner, Bill Farris, and John Ford Canale are long gone, but so are the days of Charles Perkins, Oscar Edmonds, and Vasco Smith.  Yes, there were deep philosophical and political differences, but there was an underlying commitment to rising above them for the public good.

At a time when African-American members were a handful of the total membership, there was the impulse to find ways to avoid explosive controversy and divisiveness that might be politically advantageous at a personal level but was negative for the sense of community needed for our community to move ahead.

The blame for this negative environment cannot be solely laid at the feet of Commissioner Roland, but his rants do seem to trigger the worst in everyone else.  Comments more closely resemble taunts and reasonable discussion about volatile issues is rarer than a Tea Party member supporting tax increases.

It was only a few months ago that Mr. Roland called for county government to eliminate all social and human services although it’s his part of Shelby County that needs them most, making the disconnect between his policies and his constituents’ needs even more glaring.

A City in Need

Millington has the lowest percentage of college-educated people of any city in all of Shelby County, median home values are low, and it has a poverty rate more than two times higher than any other small city in Shelby County.  Its poverty rate is 13.2%.  That compares to Bartlett’s 3.6%, Arlington’s 5.6%, Lakeland’s 2.3%, Germantown’s 2.1%, and Collierville’s 3.9%.

As for educational attainment, 16% of Millington residents have college degrees, and no other city in Shelby County, including Memphis, does that poorly.  As for its peers, every town has twice as many college graduates by percentage as Millington.  Again, Germantown tops the list with 62% of its residents having college degrees, and the towns nearest Millington – Lakeland, Bartlett, and Arlington – outperform it dramatically with respective percentages of 38%, 32%, and 39%.

We say all this to make this point: Millington is on the ropes and it needs all the help it can get so that its residents are trained for better jobs that pay better wages, so that the approximately 1,500 people living in poverty there get help to become self-sufficient, and so its faltering economy has a chance to improve.

In the face of all these serious needs, it’s baffling that Commissioner Roland would squander his opportunities to make a difference in the lives of his North Shelby County neighbors.  Rather than concentrate on red meat rhetoric that does nothing to improve the reality of his constituents, he could have meaningful influence on the county’s agenda and become a problem-solver.

It’s probably a pipe dream, because today, his approach suggests that if you can get attention with a blowtorch, why not use a warhead instead?  Unfortunately, it’s hard to see him changing his stripes at this point.

In light of all this, we can hardly blame Commissioner Mike Carpenter for tendering his resignation effective October 1 and taking a new job in Nashville.  If we were him, we’re not sure 210 miles away would be far enough removed from all this silliness.